1927. It was the year America sent troops to Nicaragua, forcing a US-supervised election. The year Alfred Hitchcock released his first movie. And the year when Fritz Lang released his masterpiece, Metropolis. Buster Keaton released The General that year, although it bombed at the box office. Clara Bow starred in Wings. Sergei Eisenstein released October: Ten Days That Shook the World.

Silent films, all, although the Movietone sound system came out that year at Fox Studios, presaging a new world of talkies in another few months when The Jazz Singer, starring Al Jolson, premiered in New York City. That same year, the Academy of Motion Picture Arts and Sciences was founded.

While most films were shot in monochrome, color films were also released including Abel Gance’s great bio-flick, Napoleon (which was restored in 1981 and played in Toronto around 1983, when I saw it).

It was a time of excitement, of exploration and optimism. The Great Depression was hiding two years away,  but in the meantime the world sang and danced. It was a time of inventiveness and creativity. Ingenuity. And also imperialism,

Capablanca was the darling of the chess world, holding the title of world chess champion since 1921. But he lost the 1927 World Chess Championship to Alexander Alekhine. Alekhine would hold that title until 1935.

Charles Lindbergh, 25, flew the first non-stop solo flight across the Atlantic, a 33-hour trip, landing in Paris. He would become Time Magazine’s first, and the youngest, person to be named “man of the year” for 1927, on the cover of the first issue of 1928.

Columbia Broadcasting System (CBS) launched a network of 18 radio stations, soon to be 47. The BBC was given a Royal Charter.

Adolph Hitler was making speeches in Germany whiles Nazis and Communists clashed on the streets and the German economy collapsed.

Chiang Kai-Shek formed an alternative government (the Kuomintang  or Nationalist Chinese) in China during its long civil war. America and Great Britain sent troops to China to protect their interests and property.  The Communist Chinese People’s Liberation Army was formed in 1927 during the Nanchang Uprising.

Telephone service  between the USA and Mexico was launched. The first transatlantic telephone call was made via radio connection from New York City and London. A diamond rush started in South Africa.

The U.S. Bureau of Prohibition was founded under the Department of the Treasury. Determined to eradicate the misuse of industrial alcohol (designed for antifreeze, embalming, and so forth), the state added strychnine to it. As a result, 11,700 citizens died that year, poisoned by their  own government.

Leon Trotsky, one of the original Communist leaders, was expelled from the Communist Party (at the 15th Congress) and and sent into internal exile.  Joseph Stalin became the party’s undisputed  ruler. Trotsky was exiled from the Soviet Union in 1929. Stalin had him murdered in Mexico, in 1940. Along with Trotsky, Grigori Zinoviev and Lev Kamenev were also expelled from the Communist Party. They would reappear at the Show trials of 1934, to be executed shortly after.

The Great Syrian Revolt against French imperialism ended with a defeat of the rebels:  during the two-year conflict least 6,000 rebels were killed, and over 100,000 were left homeless.

Ain’t She Sweet topped the pop charts in the spring.  Other hits that year would include My Blue Heaven, Me & My Shadow, Singin’ the Blues, Stardust, Someone to Watch Over Me, Ida, Sweet As Apple Cider, Sweetheart of Sigma Chi, Blue Skies, Are You Lonesome Tonight?, I Ain’t Got Nobody, I’m Looking Over a Four Leaf Clover, Tonight You Belong to Me, In a Little Spanish Town, Matchbox Blues, Black Snake Moan and Potato Head Blues. They’re still great songs to listen to, 86 years later.

Duke Ellington played his first show at the Cotton Club in Harlem. The musical, Show Boat, opened on Broadway. Dancer Isadora Duncan died when her scarf got caught in the wheel of a moving car. But if you weren’t watching the “mother of modern dance” you were probably dancing the Charleston or the Lindy Hop. Maybe even the Argentinian tango, which was going through a wave of popularity in America those years.

Stanley Holloway closed his highly successful variety show, The Co-Optimists, in 1927 at His Majesty’s Theatre after 1,568 performances over eight years.

Al Capone was at the top of his game, making over $100 million a year in his criminal empire. His bribes to the Chicago police alone cost him $600,000 a week.  Capone started 1927 by moving his headquarters in from Cicero to the Metropole Hotel at 2300 South Michigan Avenue in Chicago.

That year, Chicago bootlegger Manley Sullivan was the first gangster to be convicted for federal tax evasion. The case established the precedent of illegal income being taxable, which would soon prove an effective legal weapon against organized crime.

The Peace Bridge between Canada and the USA opened. Saudi Arabia gained its independence from Britain.

Science was exciting then. Physicist Werner Heisenberg introduced his now-famous uncertainty principle. Fossil remains of  the “Peking man” (about 750,000 years old) were discovered by Davidson Black. The Belgian astrophysicist Georges Lemaitre proposed the big bang theory and that the universe is expanding. Fritz London and Walter Heitler explained bonding in the hydrogen molecule through quantum mechanics, marking the birth of quantum chemistry.

At the fifth Solvay Conference,  the world’s most notable physicists met to discuss the new quantum theory. Albert Einstein and Niels Bohr were among them (the conference is famous for their heated debates) – 17 of the 29 attendees were or became Nobel Prize winners, including Marie Curie. In Britain, a 1,000 people a week died from the latest influenza epidemic.

New York became the largest city in the world, with a quarter of its inhabitants having been born abroad.  But 1,000 a year died in traffic accidents in the city. In the USA that year, 60,000 mentally and physically ill people sterilized by the state (including epileptics, tramps, the deaf and the blind).

Canada named its first ambassador to the United States in 1927: Vincent Massey.

Philosophers had their hands full with hefty new works by Martin Heidegger (Being and Time) and Bertrand Russell (An Outline of Philosophy). 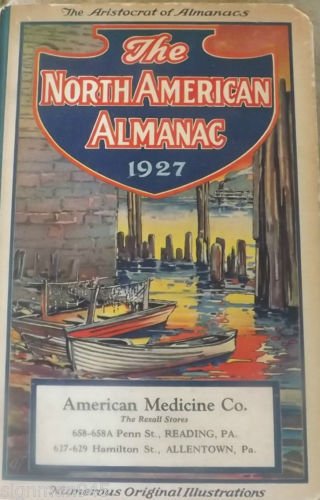 It was a great year for motorcycles. there were many brands and models being made: Vincent, Brough, Henderson, Douglas, Sunbeam, Triumph, Indian and many more. BAck then, 500cc was a large bike.

Triumph production reached 30,000 machines a year in 1927. Triumph’s first “modern” motorcycle was made: 500cc two-valve two-port ohv Model TT developed by Victor Horsman. The 1927 lineup included eight models. meanwhile, Edward Turner, an independent working alone in his own shop, designed and builds his first bike, a 350cc single. This would bring him to the attention of Ariel’s Jack Sangster.

Ruth Etting, Bessie Smith and Rudy Vallee were the hot singers of the era. Al Bowlly started his recording career in 1927 with Ain’t She Sweet? He would record more than 1,000 songs. Tin Pan Alley was at its height, churning out music (it was also the apex of the ukulele craze in the USA).

My father turned 13 that year, my mother 8. What a brave new world it must have seemed to them.

1927 was a busy, momentous year. So much so that talented author, Bill Bryson has written a book just about the summer: One Summer: America, 1927 – which I have yet to read, but it’s in my wish list for my next book order. The Pittsburgh Post-Gazette wrote of it:

In “One Summer: America, 1927,” Mr. Bryson uses a historical microscope instead of a huge telescope to scrutinize his topic. He zeroes in on the historical figures and lets us see what made them tick. We see the dedication that drove Lindbergh, the exuberance that Ruth showed on the field and the greed that destroyed Capone.
“Whatever else is was, it was one hell of a summer,” Mr. Bryson says about this brief period of time in history. Mr. Bryson chose well in choosing to chronicle the summer of 1927, but he did an even better job in bringing the year back to life.

Although, I have to admit that – despite my admiration of Bryson and having read many of his books with great pleasure – not everyone shares the above reviewer’s delight. Douglas Brinkley wrote in the Washington Post:

Not that “One Summer” is hard to read. It’s as breezy as a Danielle Steele novel and as competent in its dull way as CliffsNotes. Bryson’s thumbnail sketches of Calvin Coolidge, Sacco and Vanzetti, and Gutzon Borglum are reasonable fare. But the sheer mediocrity of “One Summer” makes the reader pine for E.L. Doctorow’s “Ragtime,” Frederick Allen’s “Only Yesterday” or even a junior encyclopedia.

In “One Summer,” Bryson, a popular writer of travelogues and kitsch, throws out enough stale cliches and hokey summations to join Dan Rather and Paul Harvey on the Mount Rushmore of schmaltz. Close your eyes, turn to a random page in “One Summer,” drop your index finger, and you’ll find a whopper like: “Of all the labels that were applied to the 1920s — the Jazz Age, the Roaring Twenties, the Age of Ballyhoo, and the Era of Wonderful Nonsense — one that wasn’t used but perhaps should have been was the Age of Loathing. There may never have been another time in the nation’s history when more people disliked more other people from more directions and for less reason.” Unfortunately, this counters his own argument about how Lindbergh and Babe Ruth brought America together with their entertainment achievements that summer.

The reason I wrote this post is not Bryson’s book, but rather a chance encounter with the North American Almanac 1927 – “The Aristocrat of Almanacs” – at a local used book store (see cover, above).

I was originally attracted to the back quarter of the book, which is nothing but page after page of advertisements. I liked it at first for the layout and typography, so typical of the era, yet the style and design of many hearken back to decades before.

1927 is when the “timeless” Futura typeface was designed by Paul Renner, although it wasn’t released for commercial use until 1936. Also in 1927: Kabel was designed by Rudolf Koch. Monotype Broadway – the “quintessential Art Deco typeface” – was designed as an all-caps typeface by Morris Fuller Benton. Record Gothic was designed by Robert Hunter Middelton. Herbert Bayer designed several fonts as well, including his reductionist Universal, but they were not released until later. Eric Gill was working on his Gill Sans that year, as well. Louis Oppenheim designed Berthold.

The almanac ads contain an odd mix of typefaces, however, and while some are familiar, I can’t recognize many. I’ll scan some of them and post them here, later. The ads give a rare glimpse into the daily and household life.

But I’ve also been reading the articles, a sort of meandering micro-encyclopedia of ideas, people and science. Fun stuff, but not all that enlightening. No predictions, no weather, no crop futures. Still, delightful stuff to be able to read a book printed 86 years ago and to look into that world.

“The nobles ought to be looked at mainly in two ways: they either commit themselves entirely to your fortune, or they hold back. Those who commit themselves, and are not greedy, ought to be honoured and loved. Those who do not bind themselves may be dealt with in two ways; they may fail to do this through cowardice and fear, in which case you ought to make use of them, especially of those who give sensible advice. In good times they bring you honour, and in times of adversity, you won’t have to fear them.”