There’s a famous Zen tale that I was reminded of as I was reading the media release about the Collingwood Airport this week. It somehow seemed remarkably fitting.

It’s about the folly of selfishness, of thinking yours is the only way forward, of possessiveness, of narrow views.

I first came across this tale in the late 1960s, in a copy of Zen Flesh, Zen Bones, by Paul Reps. I still have that book; a battered paperback I have carried with me ever since. This story is only one of more than 100 in the book. It’s number 48: Black-Nosed Buddha, and, in the spare way such tales are told in the book, it goes like this:

A nun who was searching for enlightenment made a statue of Buddha and covered it with gold leaf. Wherever she went she carried this golden Buddha with her.

Years passed and, still carrying her Buddha, the nun came to live in a small temple in a country where there were many Buddhas, each one with its own particular shrine.

The nun wished to burn incense before her golden Buddha. Not liking the idea of the perfume straying to the others, she devised a funnel through which the smoke would ascend only to her statue. This blackened the nose of the Golden Buddha making it especially ugly.

END_OF_DOCUMENT_TOKEN_TO_BE_REPLACED 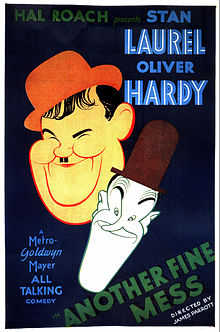 There’s a story on page B2 of the January 1 Enterprise Bulletin (not online yet*) that offers us three lessons. Two lessons on how the local media fails us, one on cringe-worthy political ineptitude. Those lessons are:

Let’s start with number one. The article on page B2 is headlined “Business centre strategic board takes flight.” Now you might think you were reading a light piece about the development of the Clearview Aviation Business Centre (CABC). Good news, right? After all, the news about the airport has been pretty much all bad until now.

What you’re actually reading is two distinct media releases from very different sources cobbled together into one incoherent and contradictory mess. You have to read a full ten inches of copy before you get the first reference to any of it being copied verbatim from a media release. It isn’t news at all.

And even then it states the release came from “Collingwood council” when that is not true: it was released by two members of council alone (see below).

That is deceptive. The piece should start by clearly stating that the content comes from two separate media releases authored not by the paper but by the proponents. It should also clearly identify which is which and the sources of the content.

Because of their very different nature, the two items really should have separate headlines, and not doing so suggests editorial laziness. This is simply bad cut-and-paste stuff.

It’s acceptable for a paper to reprint media releases, as long as they are properly identified. We used to call this stuff “advertorials” when I was editor. But to publish it on a page labelled “Local News” in 144-point type as if it were reported by an independent, trustworthy source is disingenuous and underhanded. It discredits the rest of the material in the paper.

It’s also an editorial mess. Or rather a mess that apparently had no editor.

END_OF_DOCUMENT_TOKEN_TO_BE_REPLACED

Turning 64, as in the 1967 Beatles’ song, once seemed so distant that it it was as remote as flying cars and jet packs. By the time I reached that age, I thought, we’d have a moon base colony, orbiting hotels as in 2001, A Space Odyssey, and were reaching out to the planets. Maybe even a base on Mars by then

None of which had happened, of course, by the time I reached the magical age in the song, and even today it looks remote. But back then, in the late Sixties, the years ahead seemed so full of potential and excitement that anything was possible. What dreams we had. Too bad our politicians didn’t share them.

I always wondered, hearing the song, why the singer was afraid that his partner, his lover, would abandon him. “Will you still need me/Will you still feed me/When I’m 64?” Was she about to toss him into the street, replace him with a new model (insert your favourite Donald Trump-trophy wife quip here…)?

Sixty four passed me without any such concern.

To be honest, I never thought I’d even reach that age. When you’re 17, you can’t imagine being almost 50 years older. Any more than I can today imagine being 30 years older and doddering about in my nineties. An age to which I fully expect to reach if for no other reason that it may take me that long to finally read all of Ulysses.