In a recent email, Don May took several shots at me and my integrity. I expected this and similar attacks from Saunderson’s followers – and May is an admitted supporter of Brian Saunderson. I won’t bother to respond to his innuendo or unfounded allegations. However, I want to address one thing May said that is correct: he accused me of having a,

…desire to go back to our former governments of the past.

Leaving aside the obvious tautology (what else could a former government be but of the past?), he’s right: I do want to see Collingwood council return to the ethical, open, honest, publicly-engaged and moral government we had before Brian Saunderson and his cabal got elected. Yes, I want to see a council like the many we had before: one that the public trusted and that put the greater good above their own entitlements.

This term Saunderson and his minions have:

So it’s little wonder any thoughtful person would want to return to the open, accountable and engaged governments of the past.

But May is entitled to his opinions and if he prefers the Putin-esque style of Saunderson, he’s allowed to do so. I just hope that you, dear reader, are somewhat more politically savvy and don’t want to continue the reign of secrecy, deception, public betrayal and abuse of power we’ve had these past four years.

END_OF_DOCUMENT_TOKEN_TO_BE_REPLACED

In the opening few pages of his essay On Liberty, John Stuart Mill warned about the “tyranny of the prevailing opinion.” Anyone familiar with the mob mentality than can erupt on social media, its potential for divisiveness and the platform’s inherent weakness to be manipulated by outside forces (such as Russia) would consider Mill’s words as topical today.

Mill was writing in this essay about, “…the nature and limits of the power which can be legitimately exercised by society over the individual” and how to contain the “tyranny of the majority.”*

He was passionate about individuality and the freedom of the individual, warning against state control (thought or otherwise)  by any means for any reason other than one, and would have, I suspect, been aghast at today’s social media as a tool for manipulating public opinion (in a way the late Neil Postman would have appreciated**):

…there needs protection also against the tyranny of the prevailing opinion and feeling; against the tendency of society to impose, by other means than civil penalties, its own ideas and practices as rules of conduct on those who dissent from them; to fetter the development, and, if possible, prevent the formation, of any individuality not in harmony with its ways, and compel all characters to fashion themselves upon the model of its own. There is a limit to the legitimate interference of collective opinion with individual independence; and to find that limit, and maintain it against encroachment, is as indispensable to a good condition of human affairs, as protection against political despotism.

The current rise of right-wing conformity to nationalist, religious and racist ideologies masquerading as populism poses a similar threat to individual freedoms. Populist movements threaten western democracies by attacking the fundamental principles of an open, free, inclusive and democratic society and replacing them with conformity to restrictive, exclusive nationalist and racist views.

END_OF_DOCUMENT_TOKEN_TO_BE_REPLACED

Desperation makes people do things that common sense would suggest won’t work. Monday we saw desperation replace both principle and shame when Saunderson made a motion to support the hospital at the end of the meeting. It was an abject, grovelling effort. Embarrassing to watch.*

Brian Saunderson is, of course, desperate. He faces not one but two credible candidates for the position of mayor, in a town where he and his five Block minions on council are widely despised as an unethical, spineless lot more concerned with their own entitlements than the community.

Their biggest challenge – Saunderson’s albatross – is their active role in opposing our Collingwood General & Marine Hospital’s plan for redevelopment on another site. Opposing the redevelopment has been a rock-solid pillar in Saunderson’s ideology for the past two years. And his puppy-like minions have eagerly tagged along.

But in light of his campaign challenges, Brian is both desperate and shameless. This Monday Brian tossed out a “Hail Mary” motion – along with his principles – to try and stop some of the bleeding. His motion pledged full support for the redevelopment and to send a letter to the Ministry taking back all the negative, nasty things they said and did about the hospital in the previous two years. And pay no attention to the man behind the curtain.

It won’t work. The public isn’t fooled. No one has forgotten Saunderson and his group’s numerous attacks on our hospital. The medical community knows all too well what Saunderson has done to their livelihoods and to local healthcare. This is just a last-minute effort to pull the wool over voters’ eyes.

END_OF_DOCUMENT_TOKEN_TO_BE_REPLACED

This morning I filed my papers to run for Deputy Mayor in the 2018 municipal election.

I want to thank everyone who encouraged me to run, who endorsed my application, and who has promised to help my campaign. Your confidence in my ability to do the job and to provide open, ethical governance and return council to accountability is deeply felt. I promise I will not let you down.

I will continue to inform voters of the abuses of power and personal agendas this term, and expose for a larger audience the unacceptable amount of secrecy and deception this council has used to govern and to mislead the community. I will also underscore my opponent’s part in these decisions, from blocking the hospital’s redevelopment to privatizing our electricity utility and our airport, to raising taxes every year – all reasons you should not trust him to make decisions on your behalf in the future.

I will be publishing more shortly, with a fuller campaign platform. 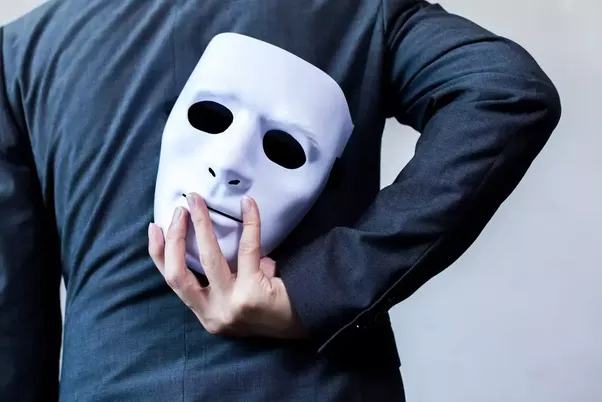 You have to wonder who is being described on Tim Fryer’s campaign website when you read about claims of:

Is Fryer advertising for another candidate? One not so deeply joined to Brian Saunderson and his personal agendas? One who actually stood up and fought for open, accountable meetings and public consultation when privatizing our electricity utility instead of shambling into almost 50 closed-door meetings to plot the sale?

One who refused to sideline our hospital redevelopment and delay it three to ten years? One who demanded an open process when council decided to sell our publicly-owned airport instead of sneaking into one of 16 closed-door meetings to plot its sale? Who fought against the unethical process and administration’s harassment when council fired all members of both our water and electricity utility boards and replacing them with malleable puppets? Who voted against twice extending the contract of the $200,000-a-year interim CAO?

Obviously it wasn’t Fryer. Or any of his servile co-minions. Maybe it’s someone not even on the ballot yet? Maybe his imaginary friend?

Maybe those are all things he thought he could be while he sat in the many, many secretive, closed-door meetings this council has held. In public, though, Tim should be saying, like Bob Dylan sang, “It ain’t me babe.”

Think hard: what does Tim actually stand for? Aside from supporting Brian Saunderson, that is. What are his causes, his issues, what does he advocate for on your behalf? Time’s up… no, I couldn’t name one, either. And yet he wants to be deputy mayor.

That position requires experience, initiative, acuity of thought, a clear strategic vision, financial and political savvy, the ability to work collaboratively with municipal and county staff and councillors, and the ability to communicate coherently and clearly.

None of which attributes he has shown at the council table this term.

Fryer claims that being a lifelong resident in town “…and my former role as Chief Financial Officer for Collingwood’s utility companies, will provide the tools to help me enhance the Fiscal Policies of Council.”

(Yes, I too grimaced over the wacky, random capitalization in his text there and elsewhere on his site). How would being a “lifelong resident” help anything in governance? Does residence alone confer wisdom? Skill? Talent? Clearly not. And one wonders why – if indeed he’s singing his own praises – he never used those “tools” to help enhance anything THIS term?

END_OF_DOCUMENT_TOKEN_TO_BE_REPLACED

On Tuesday, July 17, the Strategic Initiatives Standing Committee held a meeting. Its sole purpose was to retreat behind closed doors (as this council does at every opportunity) and discuss the sale of our publicly-owned airport.

To date, this council has already held 16 in camera meetings about the airport. And during these secretive meetings, our council not only decided to sell our airport, but not to hold any public consultations about that sale. Not once this term has anyone on council said WHY they wanted to sell a successful, busy, publicly-owned airport. Not once has anyone at the table or in the administration presented a business case for selling it, or compared the pros and cons of ownership.

It’s all been done in the shadows. Backroom deals. The airport sale will be authorized July 23 without having had any public consultation.

This ongoing secrecy was poorly received by our municipal partners on the airport board who weren’t even informed about the move. So alienated were they that both Clearview and Wasaga Beach decided to stop contributing funds to the airport’s maintenance, and to withdraw from the airport services board.

Not that Brian Saunderson and his Block minions care a whit what others think about them, about Collingwood’s reputation or how the public feels about the deception practiced by this council.

Our council chose to ignore the 1,000-plus jobs waiting there, and instead kill our economic growth. No thought was given to the accelerating economic value of airports that our county neighbours recognized.

Why? No one knows. They won’t tell the public why they are selling it, or why they won’t ask for public input. But it gets worse.
END_OF_DOCUMENT_TOKEN_TO_BE_REPLACED

Scepticism is the first step towards truth.