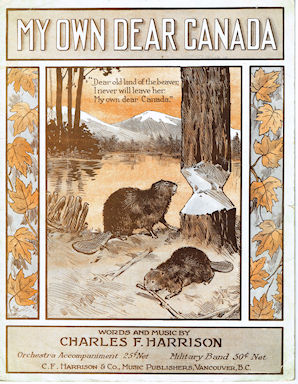 Among my collection of many (many!) vintage song books and song sheets, I have a bundle of patriotic music from WWI. I was browsing through them again this week and found several songs written and published during the war, either as songs for the soldiers (usually cheering them on to war or hoping for their safe return) or songs for those left behind to express their patriotic fervour.

I thought it might be appropriate to show some of them to readers as we approach our 150th national birthday, in 2017. 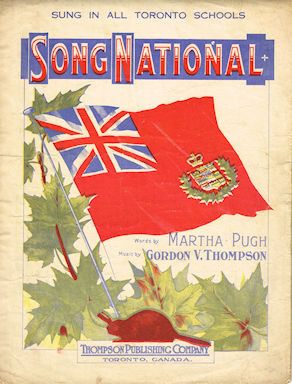 Here are six covers from Canadian music of that era. If you click on the thumbnails, to the right, they should open to larger scans of the covers.

I have not scanned the interiors, but if you’re interested in the music itself, please contact me. All are arranged for piano. I may have more in the collection I overlooked, and if I find more, I will either post them as updates or in the comments. If you are interested in obtaining these, or other vintage sheet music I might have, let me know. 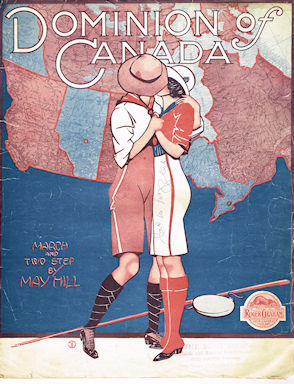 Aside from The Maple Leaf Forever, none of these songs are known to me. I briefly searched the Net, but found no other references. Not surprising – this was before even radio, so these songs could not have had as widespread appeal or audience as later pieces in the radio era. 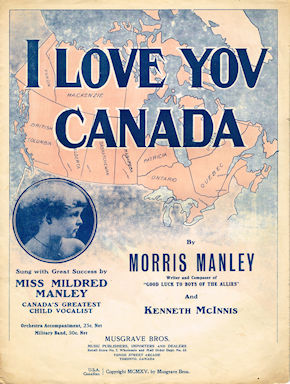 If you look closely at the cover of I Love You Canada, you’ll see Ontario and Quebec have separately named norther regions: Patricia and Ungava, respectively. Also, the Northwest Territories are called simply Mackenzie. It was, we learn, “sung with Great Success by Miss Mildred Manley, Canada’s Greatest Child Vocalist.” She also sang (apparently with equal success), Good Luck to the Boys of the Allies, also by the same composer, Morris Manley. 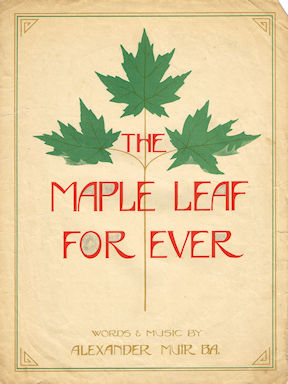 The Dominion of Canada cover has an odd couple – the character on the left appears androgynous, at least to my eyes, but possibly another woman. It’s hard to be sure. Canada’s LGBT community might want to take a look and voice an opinion. This song, by the way, is a “march and two step” without lyrics. 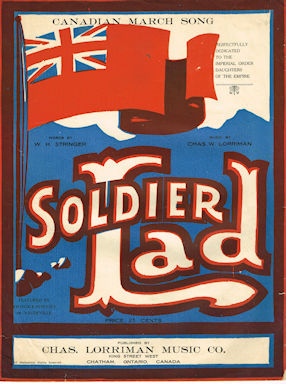 Soldier Lad is a “Canadian March Song” respectfully dedicated to the Imperial Order of Daughters of the Empire.

As for the lyrics of the others: jingoism, for sure and a little syrupy. “Dear old land of the beaver, I will never leave her. ” “I love you Canada, for you mean so much to me; I love your hills and valleys and your stately maple tree.”

Canadian music publishing wasn’t very big, compared to the American and British industries, but it was active. I have other similar pieces from Allied nations that I might also scan and post, if there is any interest in seeing them.

Most of my collection is focused on popular music from the period 1924-36, when publishers were putting ukulele chords above the staves, but I do have many pieces from prior to that time, and others from later.