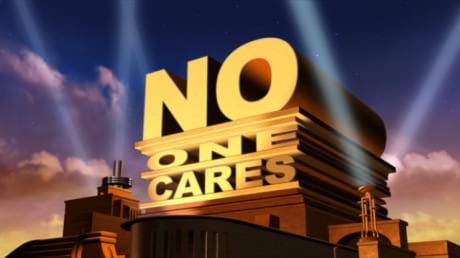 Seems our mayor failed to get the response from the county for the Saunderson Vindictive Judicial Inquiry (aka the SVJI) he hoped for. Rather than welcoming the report with open arms, Simcoe County Council seemed hesitant to do more than what appears a token gesture of support “in principle.” One might even think some of them actually read the 900-page report with its 306 often redundant or irrelevant recommendations and thought, “This isn’t right for my community.”

Saunderson pitched the SVJI to Simcoe County council back in February, clearly hoping for an enthusiastic endorsement he could crow about. But county councillors didn’t seem terribly keen on it, and after some hemming and hawing, instead referred it to their legal department for comment. That comment churned there for two months and came back this week. In a story in CollingwoodToday*, it noted,

Councillors voted to support the Town of Collingwood’s efforts to advocate to the province regarding 17 of the recommendations which pertain specifically to provincial legislation.

Seventeen of the 306 recommendations amounts to just over five percent. The other 94.5% get shrugged off. Well, not entirely ignored. Saunderson’s motion calling for municipalities across Simcoe County to implement the rest was reduced to merely considering implementation. Which likely means the 287 unsupported recommendations will likely end up in various circular filing cabinets. After all, far too many recommendations were Collingwood-specific for other municipalities to give a damn about.**

… that County Council support Collingwood’s efforts to advocate for the Province of Ontario to make review, and/or commence consultation with the municipalities of Ontario and other stakeholder groups, such as the Association of Municipalities of Ontario, to make changes to the municipal legislative framework including, but not limited to, the Municipal Act and the Municipal Conflict of Interest Act pursuant to the recommendations of Associate Chief Justice Marrocco in his report, “Transparency and Public Trust: Report of the Collingwood Judicial Inquiry”.

But by the county’s legal department reduced it:

That Council support the Town of Collingwood’s efforts to advocate with the province to review, consult with municipalities and implement changes to provincial legislation recommended by the Report of the Collingwood Judicial Inquiry that will provide additional clarity and transparency and more effective municipal governance, as generally outlined in Item CCW 2021-137.

Did you catch that little word “generally”? That certainly waters it down. You can read the legal department’s report here. Seems the county sort of supports Collingwood’s efforts, but didn’t offer to join in their crusade, or put up any cash to help. We’re on our own. Well, when it comes to pumping the SVJI at Queen’s Park, just our mayor and his cabal of sycophants are. I suspect most of the rest of the town doesn’t give a rat’s patoot about it. After all, fewer than ten bothered to provide input for the vaunted “public meeting” about the SVJI (the first public meeting about it in more than three years since the SVJI was first voted on by five councillors). Out of 25,000 residents, he couldn’t even get a minyan interested enough to participate.

It wasn’t even wholehearted support for the few remaining recommendations the county did accept. The report notes some important caveats (emphasis added):

In our legal opinion, these recommendations should be supported in principle subject to the Province engaging in consultation with municipalities and other stakeholder groups to ensure that any changes to the Municipal Act and Municipal Conflict of Interest Act result in the goals of increased transparency and public trust.

Supporting anything “in principle” doesn’t exactly suggest a loud cheerleader section behind it. It’s a wishy-washy, pushmi-pullyu commitment: County support is predicated on the province doing all the hard work to ensure the end justifies the means.

The seventeen recommendations all have to do with provincial legislation. These are easy to endorse, especially “in principle” because even as big an entity as Simcoe County has no say in what happens to laws at Queen’s Park. It can only recommend changes. Then it’s out of the county’s hands and they can move on to more important things. Like roads, sewers, and affordable housing. Unfortunately, our own council, mired in its obsession with the SVJI, won’t move on. The town will be presenting several more reports to council for at least the rest of the year.

The legal department gave its reasons for support of the seventeen recommendations in a separate appendix (read it here). In it, the county’s solicitors make some salient comments about the difficulties of implementing these remaining recommendations, and suggest a one-size-fits-all approach isn’t going to work, as these excerpts show:

This could be controversial …  There are definitely challenges … The difficulties will include how wide the “circle” of family member interests for disclosure must be… There are definitely challenges and careful drafting will be required. … These are challenging concepts… We query whether the list provided has become too broad… There are many tricky concepts being contemplated and assistance will be required… We do not believe it is appropriate for the County to advocate for something that is not relevant to itself.

Even with the minimal number of recommendations supported “in principle,” some councillors were still uncomfortable with Saunderson’s motion:

“I can’t support the motion because it’s very specific that we want to support the changes recommended by the judicial inquiry, and many of them, I do not,” said Ramara Mayor Basil Clarke. “I think we’re all fine with taking a look at everything in principle, but that’s not what this motion says. It’s unfortunate what happened in Collingwood.”

Five percent support doesn’t really give the SVJI the impetus to become the flagship for Saunderson’s current job-hunting campaign to get out of his responsibilities of being mayor and take a better-paying job in Toronto. He huffed and he puffed, but he failed to blow the house down. That doesn’t mean he won’t still try to spin this Pyrrhic victory as a success as he campaigns to get a new job.

* Nothing has appeared about this in the Connection at the time of this writing. No, I’m not surprised either.

** It can’t be too strongly reiterated, but the report from the $8-$10 million SVJI constituted a series of opinions, not a legal decision. None of the panel of “experts”  who crafted most of these recommendations ever served as elected representatives in municipal office. To date, after seven years of investigation, the OPP have not charged anyone with anything illegal.