There seems to be a whiff of hypocrisy in the fall air this year. And it is also tinged with the greasy odour of entitlement. You see, there are rules in place for candidates in Collingwood’s municipal election. And some of those rules appear to be being broken by some candidates, openly but without any penalty.

Rules tell candidates how many signs they can have on public property and where these are allowed. Rules say when signs can be brought out and how large they can be. There are other rules that outline the prohibited use of town resources, property, staff, images, and logos by candidates.

Yet at least two of the current candidates — both incumbents — appear to have broken those rules, and, as far as I can tell, the town has done nothing about these violations. I prefer a level playing field, without any exceptions or special treatment for any candidates. Doesn’t seem to be that level, this election.

For example, in the election sign bylaw, it states that (emphasis added):

2.2.1. No candidate or third party advertiser shall erect or display, or cause to be erected or displayed, any such signs prior to the date which is sixty (60) days before the fixed date for the election.

Sixty days before the current election was August 25. Yet there was Yvonne Hamlin, candidate for mayor, walking in the Pride Parade on July 16, right through the downtown and past town hall. Her supporters were wearing T-shirts promoting Hamlin and waving large signs telling people to vote for her (see photos, below). This was more than a month before other candidates were allowed to have signs, Why was Hamlin allowed to display her signs in a public event when other candidates had to wait for six weeks?

And the rules about using town resources say (emphasis added):

2.6.2. No person shall display on any election sign a logo, trademark or official mark, in whole or in part, owned or licensed by the Town.

The bylaw and the policy say ANY display of the town logo is prohibited; neither document exempts a candidate because of the size of the display of that logo. Yet Bob Madigan (the same guy charged with assaulting a woman earlier this month, and whose court date is Sep. 27) has a campaign sign that clearly shows him wearing a town pin with the town’s logo and name visible on his jacket. No other candidates can have signs sporting the town logo, so how does Madigan get away with it?

These two candidates are vying for the highest offices in our local government: mayor and deputy-mayor, respectively, yet it sure looks like they ignore the rules other candidates must follow. And they seem to get away with doing so. I have to wonder how well they will respect other town rules and regulations like the Code of Conduct, if elected, if they are so cavalier with the rules during their campaign.

Hamlin’s signs on parade in July: 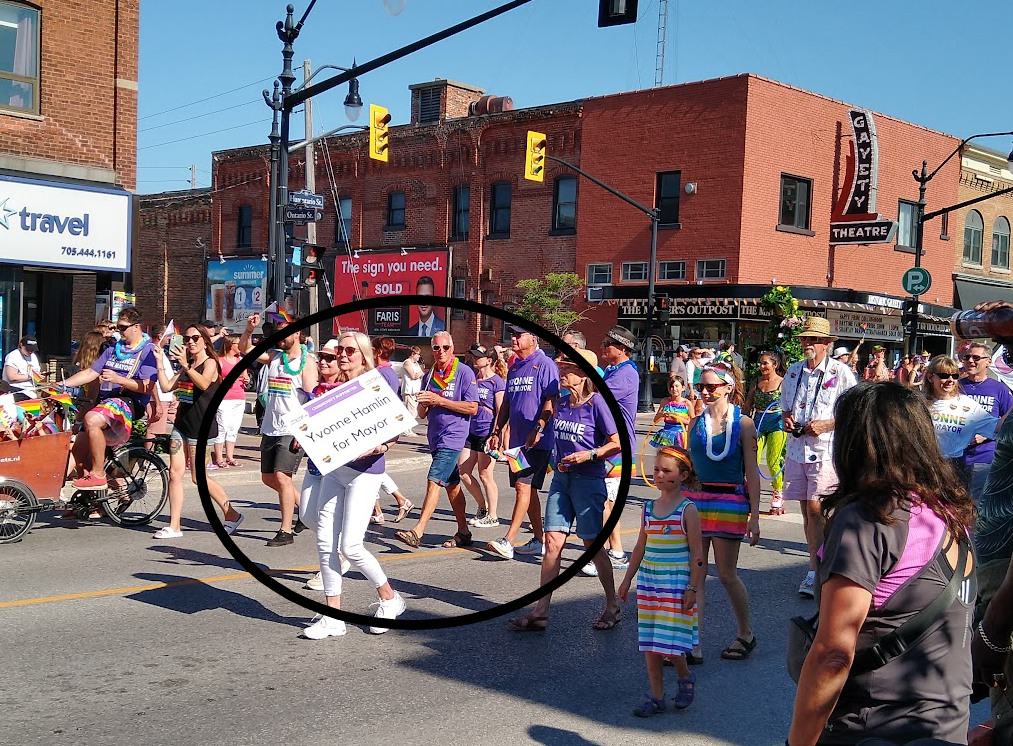 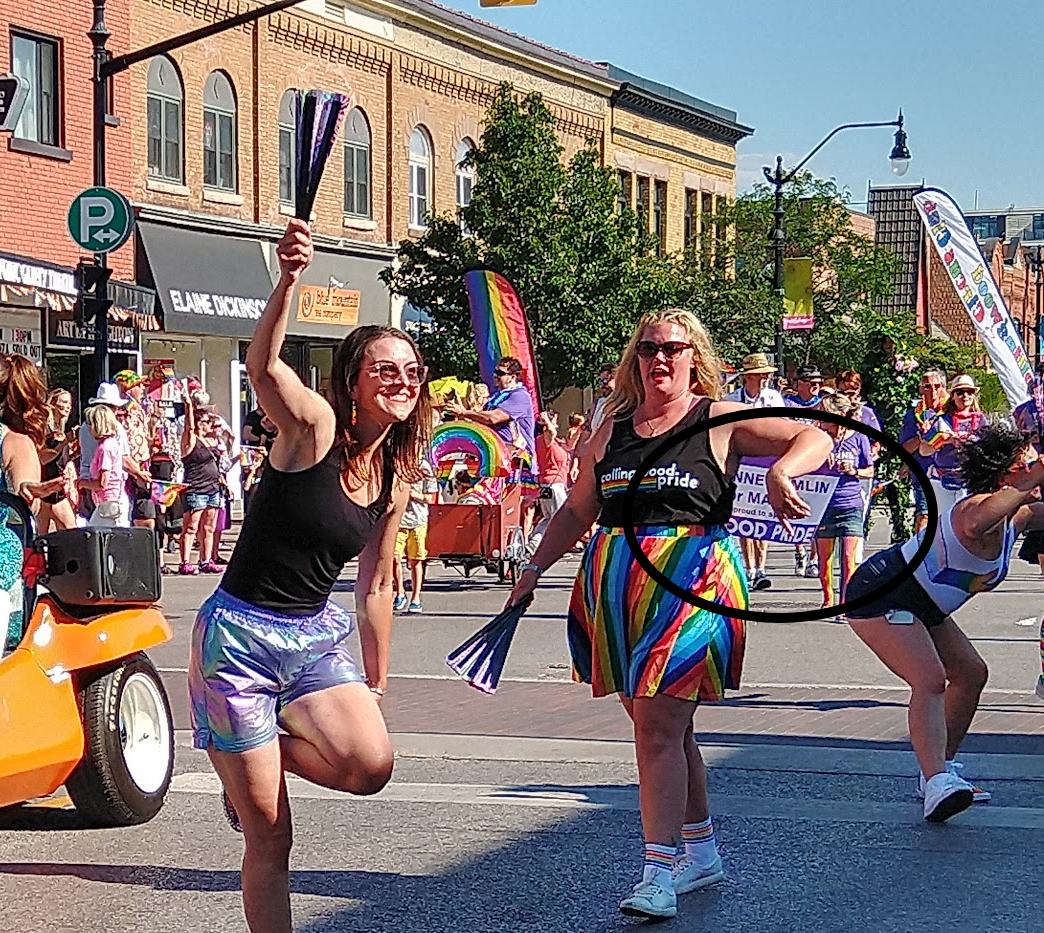 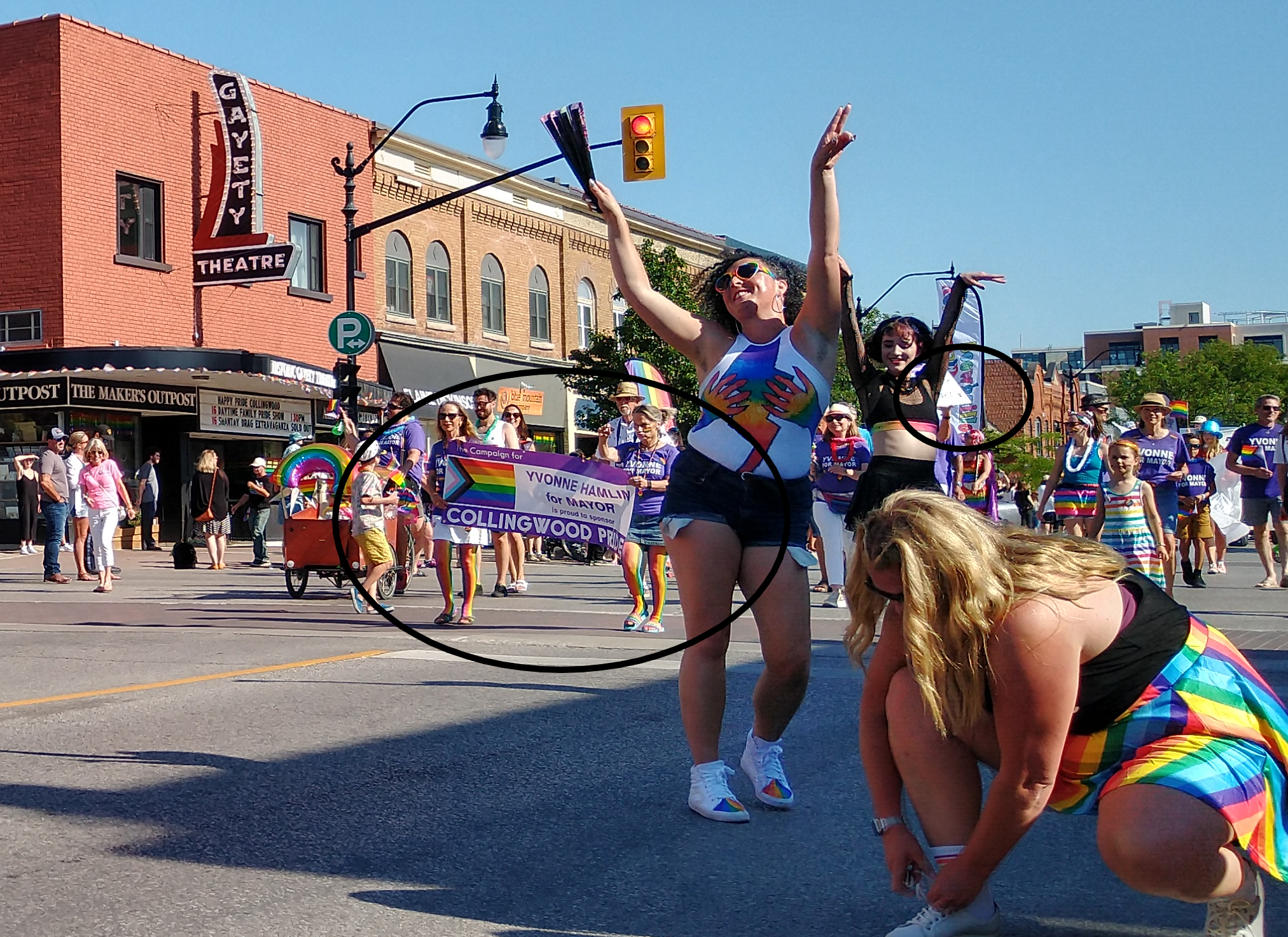 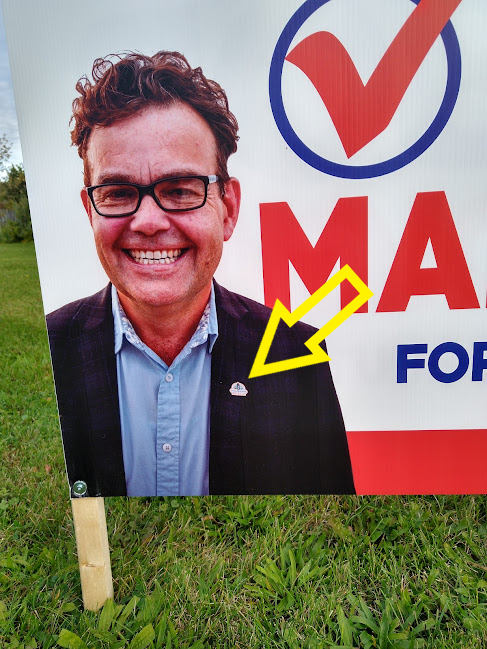 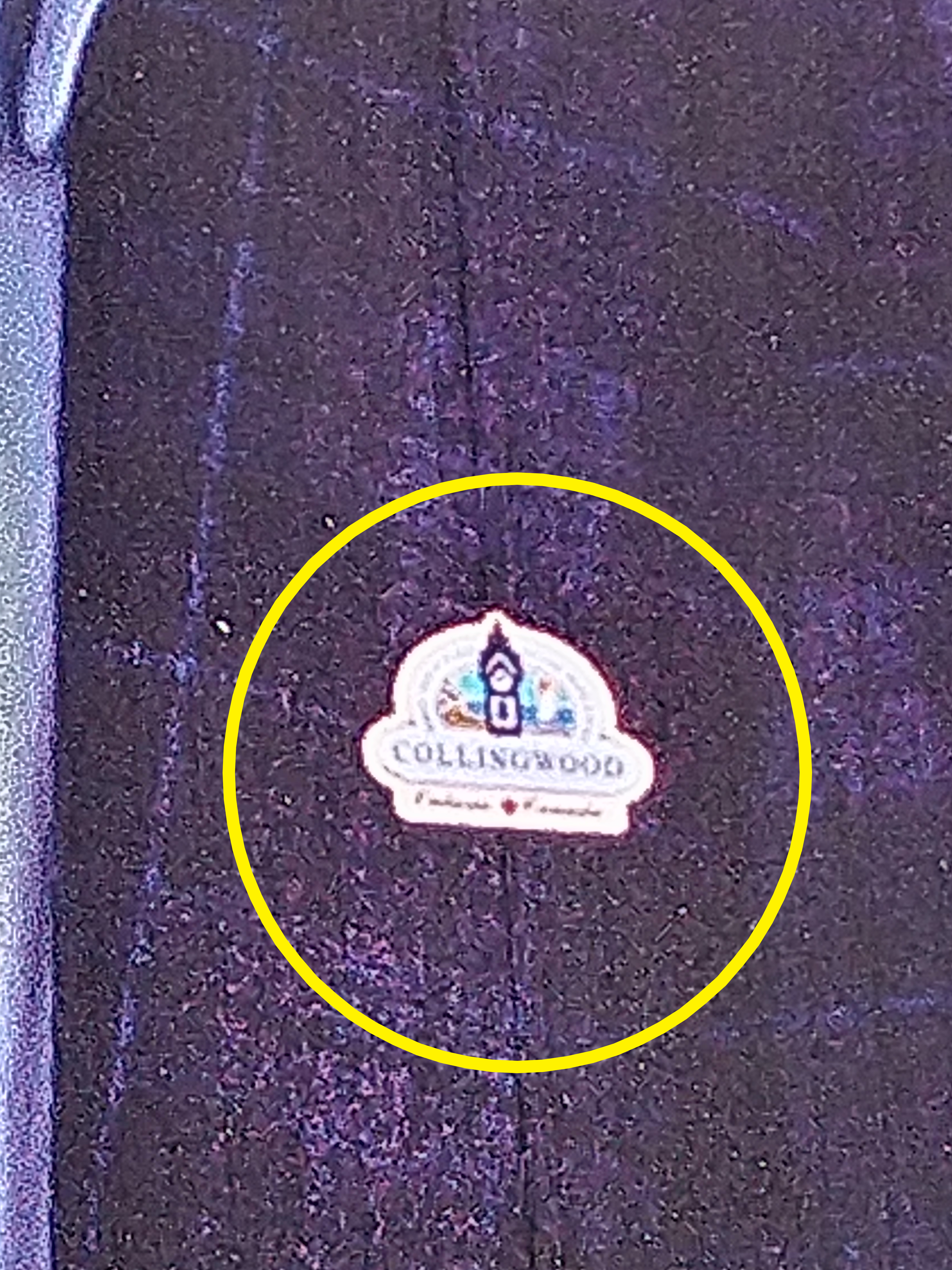