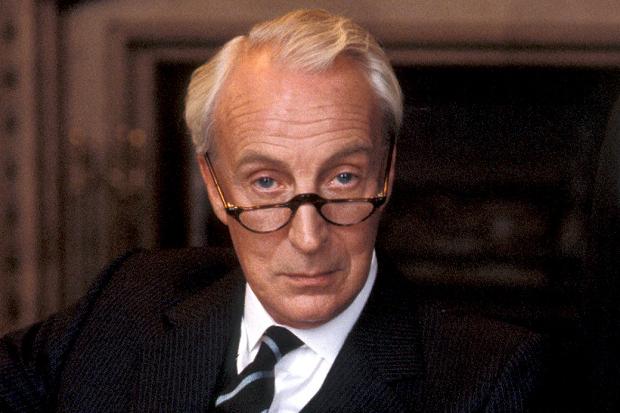 While there are parallels between them, there is no direct, simple comparison between the original, British mini series, House of Cards, and the American series of the same name. The latter, aired 13 years after the original, owes much of its first-season content to the BBC’s production, but it quickly went its own way. Like its contemporary, The Bridge, the American version took on a life of its own – and a very distinct, American character – and can’t be considered a simple adaptation. Both are excellent shows.

In part, the vast differences between American and British political systems compound the problem of comparison and understanding.

Canadians, on the other hand, will easily understand the machinations of the characters in the British show because our system is quite similar, but they are more opaque in the American version. From the outside, American politics seem designed to increase confrontation and partisanship. And political venality (it seems all American politicians and votes are for sale to the highest bidder…), but that’s not my point here. Americans might find the British version equally incomprehensible.

We finished watching season three of the American series recently and began to watch the British series again, after several years hiatus (it remains one of my favourite series). The latter is somewhat dated – aired before the internet and cell phones – but still well worth watching: the acting is superb. As are in most British series. But the cast in the American House of Cards is, for the most part, among the best I’ve seen in an American series (Kevin Spacey excels).

The British version has more humour, albeit dry, wry wit. It might be best described as either a political satire or dark comedy. I’m not sure everyone will appreciate its subtlety.

The American series has some of this in the first season, but less as it progresses. It’s more of a drama-cum-soap opera with less satire. Underwood speaks to the camera a lot more in the first season than in later ones. And that’s too bad because I think it adds to the viewer’s engagement.

The main characters – Francis Urquhart in the British (Ian Richardson), and Frank Underwood (Kevin Spacey) in the American – are very different in style and behaviour. Urquhart speaks more to the camera than Underwood, and offers more knowing, sly glances and smiles than his American counterpart. Underwood is far more about raw power; the underlying tongue-in-cheek attitude of the British politicians is absent.

The show on both sides of the Atlantic has been dubbed “Machiavellian” by those unfamiliar with either Machiavelli or his works. It instead should be called Dalbergian, after John Dalberg-Acton, 1st Baron Acton, who wrote,

…manipulative, conniving, Machiavellian, and even evil and homicidal, while receiving significant critical praise as one of 21st century television’s antiheroes.

Urquhart, on the other hand, seems more reserved. He has a backstory that includes a scholarly paper on Machiavelli that suggests he applied the principles of managing power he learned from his studies:

He was, and still is, an acknowledged expert on the Medicis and his monograph on Machiavelli is still required reading.

Both of these use the pejorative use of the term Machiavellian, based on a false understanding of Machiavelli’s ideas and republican ideals. Many modern writers continue this mis-attribution in part because there are few other words that appropriately describe the political machinations incarnated in a person .And in part because people are disinclined to research the original because that’s too much like work.

Canadians might call Underwood a “Harperite” or “Harperian” but that lacks the spit and venom most people put into the term Machiavellian (and suggests a more mean-spirited person). I’m not sure if Americans might have a similar term, like Trumpite or Cruzite or Randite, but these also infer comic relief and the clownish stupidity of the Republican candidates, so they aren’t entirely appropriate, either.

One of the other differences is in the story line itself. The BBC show was actually three independent and separate series, each one a story within itself that can be watched without necessarily having seen the previous series (although they certainly help define the identities). The US show is an ongoing series – again like a soap opera in which there are not as many solutions as crises.

In the British series sex is a passing issue, something people do and part of human behaviour rather than a fulcrum of the plot (Europeans have a more mature attitude towards sex). In the US series, sex is more central and (without giving away any secrets) key to the behaviour of several characters. To be fair, neither series makes sex a show – it’s suggested in the UK series, but shown without being excessively explicit in the US (i.e. no titillating that will blaze over social media).

I’m not sure how well Brits appreciate the machinations and mechanics inherent in the American system, but I suspect they have a better understanding of it than Americans have of theirs (based on comments I’ve read and heard about our Canadian system)Nonetheless, both series are well worth watching and both provide an excellent viewing experience. I would suggest watching the UK series first, because it explains some of the US first season’s activities.

What I’d really like to see is a remade, updated British version of the series, something to encompass modern issues and technology.