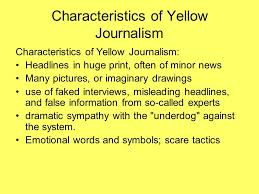 Well, that’s wrong: it’s not “the town” that won’t sign, but rather merely three members of the administrative staff. The Block recently replaced the town’s experienced, democratically-appointed members with staffers in order to push through The Block’s destruction of the relationship with PowerStream. But it’s not “the town” behind it at all.

They would sign it if instructed to by council. But council is controlled by The Block. So that will never happen: it goes against the ideology.

The Block wants this information so badly it hurts them to even think about being thwarted from it. They figure there’s some secret buried there, some imagined evil lurking in the salaries of staff. Rubbish, of course. Their wacky,but viral conspiracy notions have ruined the town, but they continue with the demolition amidst the rubble.

That confidentiality agreement is meant to protect the right to privacy and confidentiality that our utility service employees have. The Block and its pet administration know that, but they want to distribute personal information among themselves and friends. It’s despicable and unethical. Just like The Block’s other actions.

Ask yourself: why does “the town” need this information? It isn’t relevant to anything, certainly not the shared services agreement (what should have been a 30-minute negotiation has taken more than two years and is still in limbo). The information is not relevant to any operational issue or efficiency issue. It doesn’t affect the share value or the town in any way. In the 25 years or so since the corporation was first set up, it’s never been needed for anything.

The utility’s auditors and accountants, the Ontario Energy Board, the former CFO (now on council), the corporation’s lawyers, the municipal partners, and former boards haven’t found anything wrong or improper in the operation that would require making public this information. Why does The Block want it, then?

It’s just part of The Block’s vindictive personal agendas and vendettas against the utility staff. Always has been. You already know that.

And why is the interim CAO speaking in the media on behalf of the town when that is the mayor’s right and responsibility? That’s just insubordination. If this were truly “the town” acting, then it should be the mayor speaking on its behalf, not the interim CAO.

The mayor isn’t even quoted – was the reporter was too lazy to pick up the phone and call, or just wanted to be sure that only The Block’s ideology got into print? Why didn’t the reporter ask anyone at Collus how they felt about having their legally-protected, private information made public? Why didn’t the reporter call the CEO of PowerStream and ask what their lawyer said about this intrusion into privacy? Or about the letter coming to council about it? Why not ask other present and past board members if they have been asked to sign a similar agreement? Why not mention that the town’s Code of Conduct binds ALL of our board and committee members to confidentiality and decorum?

And the lawyer, Jean Leonard, is quoted making this sort of insufferable statement:

Calling an aggressive assault on privacy and demands for personal data “reasonable” is jaw-dropping in its arrogance.

The legal rights of employees are protected under provincial law. The Block is demanding not only to get that information, but to be able to distribute it as they see fit! And no doubt The Block will hand it to their mouthpieces and sycophant bloggers as they have done in the past with other private and confidential information. Have I used the word despicable in conjunction with this lot yet today?

And you’d have to think Councillor Fryer – who was CFO for Collus for several decades – would know all this and what those salaries are. After all, he did the books for years. He was there right up until the sale was finalized. Can he see the hurt and stress this request is causing his former co-workers? Can’t he see how this disrespects the people he worked with for so long? How it spits in their faces? Can’t he see how it makes a mockery of his years of service, too?

So why doesn’t he shut it down?

I think the Information and Privacy Commissioner should weigh in on this and explain the rules and proper behaviour. This is unacceptable behaviour from both staff and elected officials. This is not how a democracy functions.

Not that laws or ethics have stopped The Block in the past. They replaced three members on the Collus-PowerStream board ignoring their own bylaws, procedures, code of conduct, and oath of office (not to mention election promises for openness and transparency). Legality, morality and ethics mean nothing to them. Which is why they cannot be trusted with confidential information.

Collingwood deserves better. Collus-PowerStream and their staff deserve better, too.