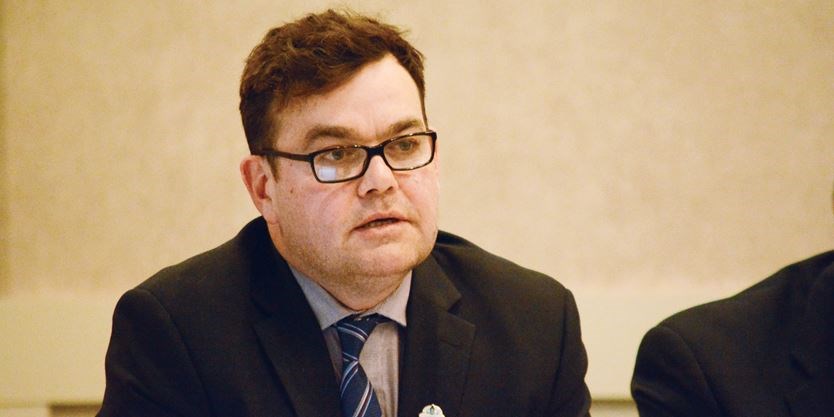 A story in last week’s Connection has the headline, “Madigan named chair of Collingwood development, operations committee.” Councillor Madigan has the dubious honour of chairing a standing committee that does nothing of value, has no decision-making authority and – like the rest of the standing committees – is redundant, ineffective and inefficient.

Which is an absolutely perfect fit for a loyal Block member. It makes them look busy without allowing them to meddle in anything important, and lets them boast about their engagement without actually doing anything or engaging anyone. The emperor’s new clothes at its finest.

Congratulations are in order. He gets to direct a committee whose sole task is to forward every issue, every report and every delegation to the full council where everything must be repeated and re-read to get anything done or a decision made. The eye-rolling and snickering are just staff’s way of saying how much they appreciate having to go over the same material twice for an audience in which few understand it no matter how many times you tell them.

And just look at the terrific media coverage standing committee meetings get… All right, that’s another joke. They get almost none because their main task is to procrastinate, defer and delay. Hardly makes for good copy, does it? Even the sycophantic local media strain yet fail to make it less snooze-worthy (the above-referenced article being a prime example).

The standing committee system has been broken ever since it was implemented. It adds a thick layer of red tape to everything. But since it is the brainchild of their beloved interim CAO, The Block treat it like a divine commandment handed down from above. They cannot even imagine the barest possibility of contemplating the notion of going against their interim CAO even when he leads them into the bureaucratic quagmire or into such bureaucratic dead ends as the standing committee system.

Just think of all the successes they’ve had under his guidance. Collus-PowerStream, IT, the water utility, the airport development, the hospital redevelopment, the utility boards, staff morale, the town’s reputation, the water pipeline… oh wait. Those are all failures. Abject, dismal, soul-crushing failures. But I’m sure The Block doesn’t see them the same way the rest of the community does. In their eyes, these are successes and damn those who say otherwise.

Besides, The Block can take comfort in having spent more than $750,000 of your tax dollars on lawyers and consultants to achieve those “successes” – a figure likely to double or even triple by the end of the term. And why should such expenses bother them? After all, it’s not their money and they were given a mandate to spend it anyway they saw fit, right? It’s not their worry that none of it was spent on or in the community, or on anything for the greater good.

To be fair, most of The Block haven’t the experience to appreciate the difference between an effective and ineffective system of governance. Or the wit to realize it even when they are in its midst. Some of them don’t even have the energy to stay alert and awake during their meetings, so you can’t expect them to be burning calories thinking, can you? Of course not.

So congratulations, Councillor Madigan. Your name will go down in history, writ large in the annals of pointless endeavour and ineffective governance. Years from now people will remember you and your committee for doing… nothing. Absolutely nothing more than wasting staff and the public’s time while bloviating to inflate your own self-importance.

And for that nothing I’m sure everyone will be eternally grateful, given the mess The Block makes of this town in its regular council meetings. We really can’t afford any more of your “successes” this term.