I write about reading a lot, because I read a lot of books. There are other kinds of reading – other languages, too – that I don’t write much about. Reading music is one of them. It’s a different language; a symbolic language with its own grammar, punctuation and rules. As far as reading music goes, I’m semi-illiterate.

I’ve been playing music – guitar mostly – since the Beatles had Ticket To Ride on the hit parade, back in the days of AM radio and 45 RPM singles. But I’m self-taught: no classes or schooling, just a lot of practice and playing. And as a result, my knowledge of musical theory is weak. I know more about the technical structures of a Shakespearean play than I do of a sonata or a pop song. I can read HTML and CSS code with consummate ease, but struggle with a musical score.

What I do know has been cobbled together over the years from playing, listening, asking and some reading. Mostly absorbed by osmosis rather than dedicated effort.

Don’t get me wrong: I understand music reasonably well, but more on a visceral level than an academic one. And I understand some musical theory – well, bits and bats of it – partly because you get to know about it – even if you don’t always have the technical vocabulary – by playing and jamming. Like playing 12-bar blues. You soon learn the rhythms, the patterns, the chord changes – even if you can’t confidently talk about I-IV-V patterns.

I play a lot of chords and can finger them on several stringed instruments – but while I can hear one and tell if it’s a major, minor or seventh, maybe a diminished or augmented, I can’t really tell you the theory behind why that is. My passion for making music far outruns either my talent to do so or my technical understanding of it.

So, what with organizing and running a local ukulele group, and focusing more on music than ever before, I think it’s time to buckle down and learn more about music in a scholarly way. I need to be able to speak about it confidently in front of the group.

First step: to improve my ability to read music. Scores and sheet music, of which I have many. Not that I’m ever going to play Bach, but I want to be able to follow along the many old printed song sheets and books I have, and be able to figure out the tune for the pop songs of the 1920s and 30s, those I don’t already know. And it will help me correct or improve some of the weaker arrangements in a few of them.

Also, it will help me create chord and tab arrangements for ukulele and tenor guitar from some of the older music that doesn’t have the chords over the music lines.

I can read music, sort of. I can pick out the notes one at a time, find them on a fretboard (or keyboard) and play them. It’s a slow, hesitant process. Hunt and peck; let’s see F-A-C-E… that’s D… sharp on the second line, that’s a D#; third fret, third string. Or is it 6th fret, first string?

I can read the sharps and flats – but don’t know without checking a chart what keys they represent. I can recognize the timing 3/4, 4/4, etc. – and the length of each note. I can identify the treble and the bass clef and rests. But I can’t easily and quickly take a line of music and translate it into a song.

That’s what I want to do. (I don’t know if it will prove easier or harder than my self-directed attempts to learn Latin, but I suspect I will similarly build a small library of textbooks during the effort; I’ve already picked up a couple of titles and have more on order.)

I also want to reach a deeper understanding and appreciation of music. To be able to hear it and peel back the layers. To appreciate more fully the complexity and technicality of it. Not to mention that like any other type of reading, music reading helps strengthen your brain functions. It makes you smarter.

The activation in superior parietal cortex seen in the explicit music reading task, after training, supports the hypothesis that music reading involves a sensorimotor translation in which the spatial characteristics of musical notation are used to guide selection of the appropriate keypress…The common activation of superior parietal cortex across the two tasks reflects an effect which is specific to the acquisition of music reading skill and is independent of the particular tasks used. The study serves to illustrate the power that culture has in shaping brain function…

Neuroscientists are discovering multiple ways that musical training improves the function and connectivity of different brain regions. Musical training increases brain volume and strengthens communication between brain areas. Playing an instrument changes how the brain interprets and integrates a wide range of sensory information, especially for those who start before age 7…

And National Geographic, in a feature titled “Your Aging Brain Will Be in Better Shape If You’ve Taken Music Lessons,” noted:

In a 2003 study, Harvard neurologist Gottfried Schlaug found that the brains of adult professional musicians had a larger volume of gray matter than the brains of non­musicians had…
It’s not too late to gain benefits even if you didn’t take up an instrument until later in life. Jennifer Bugos, an assistant professor of music education at the University of South Florida, Tampa, studied the impact of individual piano instruction on adults between the ages of 60 and 85. After six months, those who had received piano lessons showed more robust gains in memory, verbal fluency, the speed at which they processed information, planning ability, and other cognitive functions, compared with those who had not received lessons. 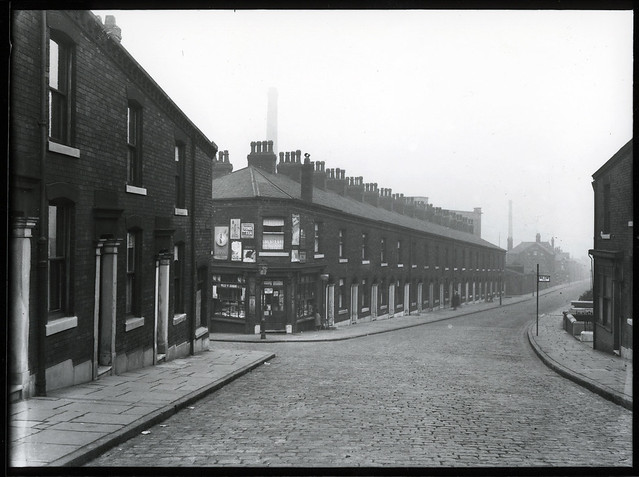 There’s also a personal reason for wanting to learn to read music. It goes back to my family roots.

It was only a couple of generations ago (in my family, anyway), that most middle-class people learned to read music and play an instrument (mostly piano) as part of a well-rounded life. People made music in their homes, not just listened to it passively. People bought sheet music by the bushel – it was hugely popular because before radio it was the most common way to share music – and played it at home.

It’s one reason the ukulele became such a hugely popular instrument after WWI. People were much more musically inclined back then and accustomed to making their own music. The uke offered a portable instrument that they could play on anywhere, freeing them from the anchor of a piano. Ukes sold in the millions.

I learned with a mixture of surprise, delight and sadness about my musical family: that my father’s parents were both musical, as was he, and they played together at their Oldham home when he was a lad (and that he, for a while, was involved in the local opera and Gilbert & Sullivan troupes). It seems there were musical family gatherings with friends.

My grandmother played ukulele – I never knew that until much later – my grandfather piano, and my father played banjo. Banjo: that really caught me off-guard. Never in his life can I recall him expressing an interest in or liking of banjo music. What type, I wonder? Plectrum? Tenor? Five-string? All were available then. It was a hot instrument – at least until 1929. There were, it seems, many British banjo makers between the wars.

And what sort of music did he play on it? Folk music? Jazz? Popular music of the day? We associate banjo with bluegrass and country music today, but in the 1920s, it was used for jazz and popular tunes.

And why, oh, why that instrument over all the others?

Beside me sits a five-string banjo; loaned to me by a member of the local ukulele group so I could learn a bit on it and maybe come up with some tunes. Every time I pick it up, I think of my father and wonder how well he played, what music he preferred and what style he used. 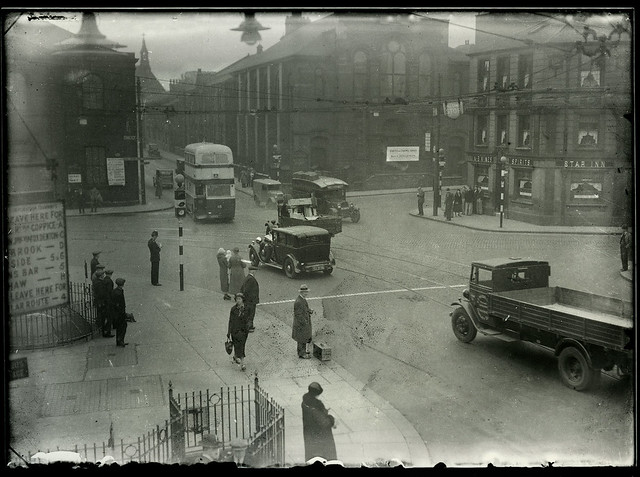 I still don’t know if he could read music, but I suspect so. He played piano – those childhood years I remember when we had one in the living room, an upright that came from my mother’s parents’ home – reasonably well. Perhaps he had a musical education I simply never knew about. I remember watching him play piano and then laboriously picking out the notes myself, after he played the tune. My fingers still know a few of them, albeit neither surely nor swiftly.

Perhaps if I learn to read music, I can play them better. Or learn to play them on a ukulele. And perhaps it’s a gesture of remembrance for my father’s memory, keeping a family tradition alive.