With just over a year left to go in this term, I’d like to take a few minutes to consider all the accomplishments of this council over the past three years. They are not inconsiderable, and worth celebrating, I think you’ll agree.

Most recent are the two new state-of-the-art recreational facilities; jewels in our community. Centennial Pool Aquatic Centre is now open, to the public’s delight and great excitement. If you haven’t seen it, stop by and look inside. Everyone who does is impressed. It certainly exceeded expectations. Bring your bathing suit and come for a swim.

It proved to be a good choice – and not merely economically – that the whole community can take pride in. It has a full-sized, FINA-endorsed, 25m, six-lane competition pool, with touch pads and starting blocks, as well as a separate warm-water (94F) therapeutic pool residents can use every day (cost to swim is a mere $3; we are looking into options for passes or memberships).

Plus we can now host those aquatic competitions that are so important to the swimming community. That will prove a benefit to the whole community, economically and in public relations. The Collingwood Clippers held their open house at the new pool, Sept. 5, and presented the town with the anticipated donation cheque for the pool upgrades: $158,000. Thank you, Clippers!

The new (as yet unnamed) arena in Central Park will open this fall. We will have enough ice available to allow groups time that previously we could not accommodate. Women’s and girls’ hockey, and sledge hockey come to mind. Figure skating, too.

It will have a viewing area-mezzanine (with kitchenette for catering), which groups can rent for events – an economic bonus.

Both facilities offer something else, perhaps even more important: safety and time. Local kids and adults can play and practice here in town, and not have to drive to other communities for ice or swim time.

Parents no longer have to get up well before dawn to drive their kids to a distant rink or pool in the early hours of a winter morning, risking whiteouts, rough driving conditions and bad visibility to get their kids to and from a far-away site. Our community’s children and their parents will be much safer, and will have more time to spend together at home or in play, rather than on the road.

That we did it all without having to increase taxes is just icing on the cake.

This new arena will allow us to upgrade and enhance the venerable and much-loved Eddie Bush Arena next year. We will be able to use it for other purposes in the non-hockey season: car shows, conventions, entertainment, indoor soccer and lacrosse – the possibilities are great. We will use it to expand our local events and activities, which turn will draw more visitors and improve business. This opens all sorts of possibility for economic development.

Fiscal responsibility has been the watchword for us this term. We have kept the town’s portion of your property taxes from rising for three straight years, while still maintaining services and infrastructure. We have an excellent staff which has been galvanized to hold their budgets by council’s determination and our forward thinking approach to financial responsibility. We plan to continue that trend through 2014.

We have a smoother, more decorous, and more efficient meeting process. This council achieves in two-hour meetings more than last term’s council barely (if at all) achieved in five or six hours. And last term there were many, many rancorous five- and six-hour meetings. Plus this council is less confrontational, less adversarial and its leadership is more inclusive, more accommodating and less divisive.

Most of us get along very well; we show respect for one another, and strive to work together on common goals. Most of us can compromise for the greater good, even while we champion our own goals and initiatives. That makes for an effective, cooperative council.

US President Barack Obama said, during his last election campaign,

“No party has a monopoly on wisdom. No democracy works without compromise.”

“Virtue knows that it is impossible to get on without compromise, and tunes herself, as it were, a trifle sharp to allow for an inevitable fall in playing.”

Without compromise, all we have is confrontation. Most of us know and understand this, and this term we work towards collective, collaborative solutions rather than confrontation. 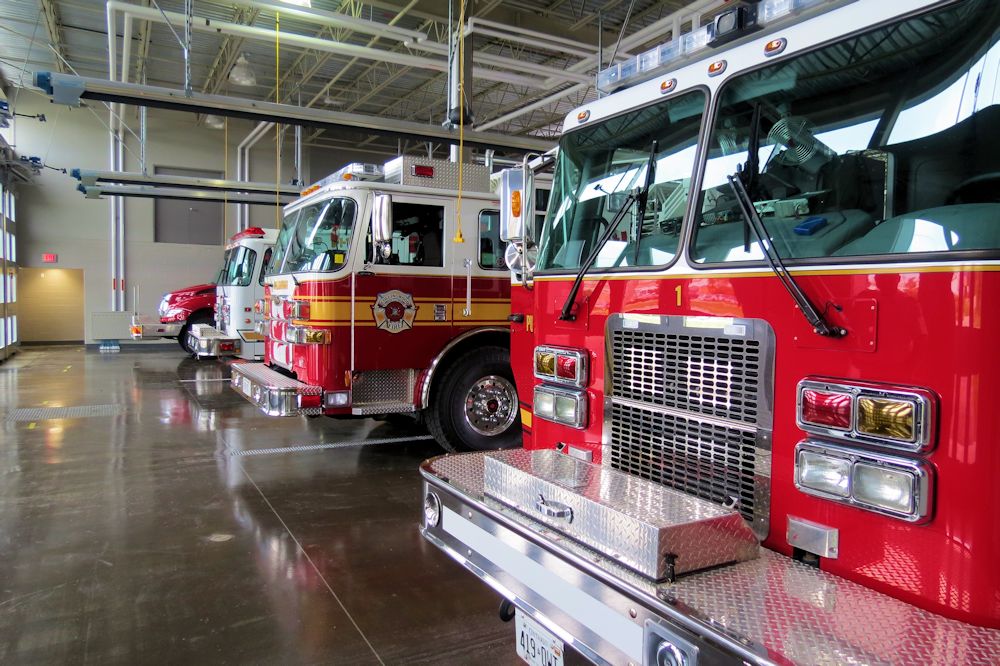 As for what we’ve achieved in the past three years, back when we started our term, we resolved the issue about downtown patio locations. What was an adversarial issue last term, and became an election issue, was dealt with quickly and efficiently, in a way that got the community’s, the business owners’ and the BIA’s full support.

We approved construction of a new, state-of-the-art fire hall at the corner of Third and High Streets. This building saved taxpayers roughly $5 million by choosing to build a new fire hall over a new police station (the OPP contract necessitated giving the police services more and upgraded services, so we had a choice of which to build – fire hall or police station). Official opening of the new fire hall will be September 14.

We have started several important processes, including an overview of the town’s operations and services to help streamline our operations, town departments, committees, budget process, and to improve the relationships between town and residents.

We started work on a renewed economic development initiative that engages many of our community partners in a cooperative effort to strengthen and grow our local economy and create jobs. A new plan, with a bold new vision, should be presented for approval this fall.

We streamlined the budget approval process and are continuing to improve the presentation methods – what took six full days or more to accomplish a few years ago is now done in a day. 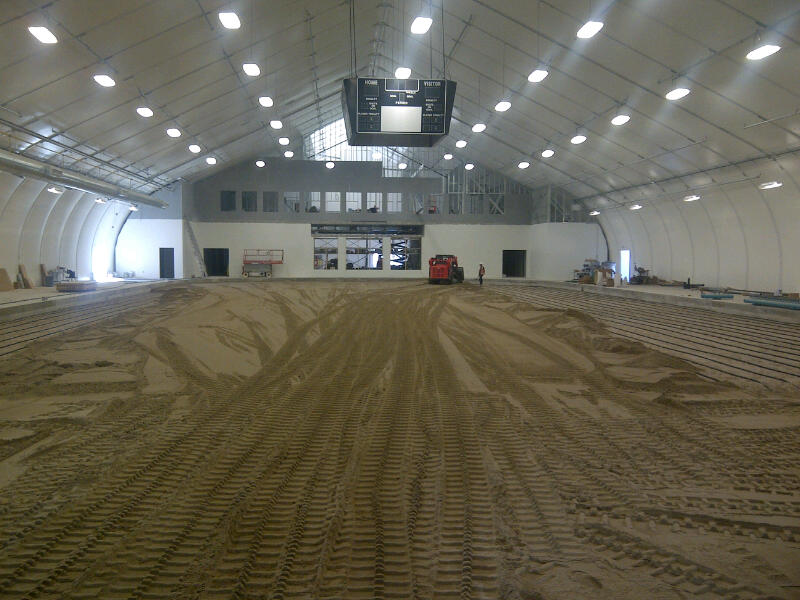 We met early in our term to identify strategic goals for this council and we have pursued them ever since. One is the hiring of a communications officer to manage communications, interactions with the media, public relations, website updates, marketing, and keep the community up to date and informed. The ad for that position was published last month and I’m told we have received many applications.

We purchased a great piece of property – five acres – on the Tenth Line for a much-needed Works Department and Rec Department expansion/storage space. It has a state-of-the-art, 18,000 sq. ft. repair and maintenance bay, too – a real benefit when servicing town vehicles. Plus it has storage and office space in an almost-new, modern building. It has a large stormwater management pond that can be used for winter snow hauled from our downtown, to ensure salt and other debris doesn’t drain into environmentally-sensitive areas.

But the best part: we purchased it at significantly less than the appraised value – saving taxpayers thousands of dollars while getting a great deal and a real benefit to town operations. Appraisals, by the way, are done by independent professionals.

We sold some surplus lands to get some of the revenue to help fund these and our other initiatives. But we also budgeted wisely.

We sold 50% of our electrical utility, Collus. The new Powerstream/Collus amalgamation offers better efficiency and reduced operating costs to its utility customers. Plus it provided the town a windfall of $15 million, which was used to pay for the new recreational facilities, with approx. $4 million set aside for Hume Street upgrades (which will start in 2014).

We purchased a long-unused (and at one point condemned) property, the former Mountainview Hotel, to allow a much-delayed but greatly-needed widening of Huron Street at Hurontario – the last part of the First Street upgrades. We were able to sell part of that property to a commercial developer who will build there, turning what was a dead zone into a viable tax-producing commercial site that extends the downtown almost to the waterfront. We have been told the Ministry of Transport will live up to its commitment to fund us so we can finish the First Street upgrade in 2014.

Some of our many achievements and accomplishments this term:

I think you can see we’ve been busy working for the community. We care about Collingwood. We all want the best for our home town. And, differences notwithstanding, we can all take pride what we’ve achieved so far.

Of course, not everyone agrees we’ve done a good job. There are always ‘glass-half-empty’ negative people who find fault with everything, no matter how it benefits the community. Most people, however, understand that attitude is a dead end, and they recognize that council has worked hard this term for the whole community. We have accomplished many great things together. And we still have a year to go!

Everyone must leave something behind when he dies, my grandfather said. A child or a book or a painting or a house or a wall built or a pair of shoes made. Or a garden planted. Something your hand touched some way so your soul has somewhere to go when you die, and when people look at that tree or that flower you planted, you’re there. It doesn’t matter what you do, he said, so as long as you change something from the way it was before you touched it into something that’s like you after you take your hands away.