Collingwood should be in the forefront for green initiatives in Ontario, not lagging behind. There’s no reason we should not be leaders in exploring new ways to reduce greenhouse gases, reduce our carbon footprint, promote sustainable and environmentally-friendly strategies, and reduce our energy costs.

In the energy world, we have a great partner with Powerstream, which has already explored many of these areas and taken steps in other municipalities. We should embrace and encourage similar projects here, and use the experience and expertise Powerstream has already developed to fast-track them. I have already spoken to their representatives and know they are willing and eager to help.

I recently asked at the council table for a report in installing electric vehicle charging stations in our municipal parking lots. Powerstream has already erected similar facilities – solar-powered stations as well as the standard charging stations – in Barrie and its headquarters. The Tesla company is donating stations to municipalities. Why don’t we have them here?

It’s time we did.

Charging stations do several things. First, they encourage local people to buy electric vehicles, thus reducing the GHG emissions. Second, they encourage visitors in such cars who might otherwise be reluctant to come here because they don’t know if they can make a return trip from the GTA on a single charge. “Charge anxiety” is thus reduced, tourism is increased.

Having municipal charging stations might get local car vendors to push more electric vehicle sales in their own lots, and could encourage others to open outlets to sell them. Which means the town could potentially move to electric vehicles in the future when replacing existing, older cars and trucks – meaning we would further reduce the municipality’s GHG emissions.

I expect the report on this proposal to come to council this fall and, if it is accepted, we might even see the first station erected in spring, 2015.

END_OF_DOCUMENT_TOKEN_TO_BE_REPLACED 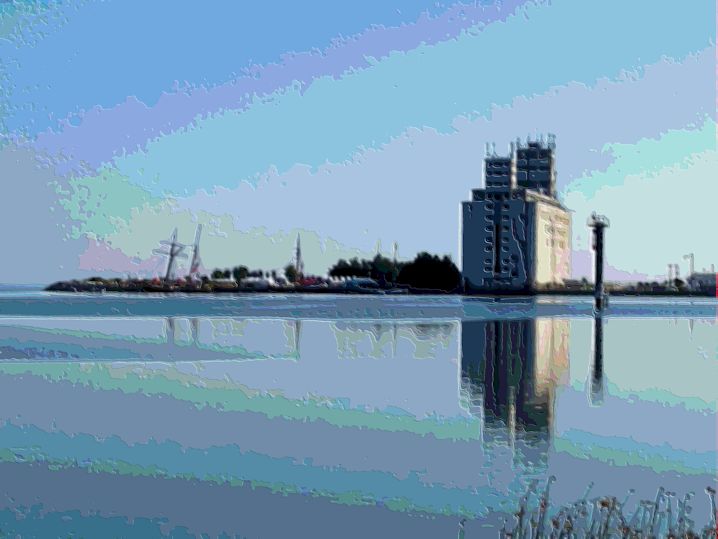 Looking forward to 2015 and beyond, here are some of the things I would like to see Collingwood Council and the town staff accomplish in the upcoming term. I have laid these out in my campaign website and literature already, but thought I should include something in my blog to complement those sources.

These are my main priorities and my vision for the upcoming term. If elected, I will bring them to council and help implement in the next four years. Some of these – the electric vehicle charging stations, for example – I have already raised this term, but because of timing, other pressing issues, budget restraints or staff changes, they have not had the opportunity for a full discussion at the council table. I have the experience, the vision and the passion to continue as your representative on Collingwood Council and work as diligently on your behalf as I have for the past three terms.

You can read more about my election platform here.

Seven cents per hour. That’s what the energy monitor was showing me a moment before I plugged in the kettle. Then it jumped to 29 cents. Wow! And this is mid-peak time, too, my new energy monitor warns. Should I be worried?

Better cut back on the tea if I want to conserve energy.

It did the same last night when we turned on the microwave at dinner time, but that was off-peak. Still, that’s pretty high, compared to seven cents. Those two devices seem to be the biggest energy hogs we have.

I need to do some calculating, however, to figure out real costs. What does five minutes’ worth of microwave heating translate to in terms of KWH used, and costs? I need a new app…

I’m reading the real-time display on my new energy monitoring  tool and it’s telling me a lot about how I use electricity. It gives me that geeky satisfaction of watching data flow, just having it in front of me.

I got it when I signed up for the Peaksaver Plus program through Collus/Powerstream. Collingwood residents would have received a notice about the program in their last utility bill. If not, you can read about it here.*

The program (for homes with central air only, it seems), offers a free digital, touch-screen thermostat (Peaksaver Plus) and the wireless In-Home Energy Display. Free. For both. As in no charge, no additional billing, no hidden costs.

The stick behind this magnanimous carrot is simple: to reduce energy usage. The thermostat is connected wirelessly to the utility’s computers. If the power demand on the grid looks like it’s going to exceed capacity and cause a brownout, the utility can raise the temperature of your air conditioning by two degrees for 15 minutes to lighten the load. Does it all by itself.

Seems like a pretty good idea to me. After all, we don’t use the A/C a lot, and even when we do, the effect is a small change for a short time.

It won’t affect the winter heat (which is gas), so why not? Everyone has to do their part for our environment.

We’ve been using programmable digital thermostats for a couple of decades now. They really make a difference to your gas bill. Not least of all because, since it’s programmed, you never forget to turn the thermostat down when you leave the house. Or when you go to bed at night. Plus they are more accurate than the old manual, analog system. You get 68 degrees when you ask for it, not 70 or 72.Besides, the digital thermosat is cool, very programmable, and touch-screen. Not quite an iPad, but nonetheless, it’s pretty neat. And it runs off power from the furnace – not on batteries like the previous one (which always seemed to go dead on the coldest nights of the year…).

Our gas bill dropped significantly when we installed one.

END_OF_DOCUMENT_TOKEN_TO_BE_REPLACED

“Reputation is the cornerstone of power. Through reputation alone you can intimidate and win; once it slips, however, you are vulnerable and will be attacked on all sides. Make your reputation unassailable.”