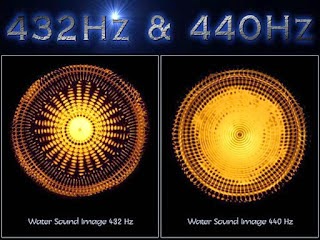 Plenty, according to some (especially the wingnut population on YouTube, always eager to jump on whatever pseudoscience bandwagon is in the parade). It’s become one of those internet True Believers’ issues. But is it real or just hogwash? Objective reality or merely subjective? Let’s start with a little history and some science (and not the woo hoo Mother Nature stuff…).

END_OF_DOCUMENT_TOKEN_TO_BE_REPLACED

Poor Lao Tzu. He gets saddled with the most atrocious of the New Age codswallop. As if it wasn’t enough to be for founder of one of the most obscure  philosophies (not a religion, since it has no deity), he gets to be the poster boy for all sorts of twaddle from people who clearly have never read his actual writing.

This time it’s a mushy feel-good quote on Facebook (mercifully without kittens or angels) that reads,

Well, it’s not by Lao Tzu. Or more properly, Laozi. That’s not his name, by the way: it’s an honorific, a title that roughly translates to “Old Master.” His real name was likely Li Er, Wikipedia tells us. But his name doesn’t matter: it’s the single book he left us that is relevant.

That book – the Tao Teh Ching – consists of 81 short “chapters” – although they’d be better described as poems. Or pithy epithets. It can be ready cover to cover in an hour.

For all its brevity, the Tao Teh Ching is a weighty work. It’s the underpinning of an entire school of  Chinese metaphysics and philosophy: Taoism, that dates back to the Axial Age, circa 500 BCE. That makes Lao Tzu contemporary with Confucius and in the same rough time frame as Siddhartha Gautama.

Lap Tzu was clearly a deep thinker, which makes it all the more ironic that he gets accused of spouting all sorts of saccharine New Age piffle.

One of the stories of how the book came about goes like this: Lao Tzu was the Keeper of the Royal Archives. Late in his life, he wearied of the intrigues, the corruption and the crassness of life at court. He decided to go live the remainder of his life as a hermit in the mountains. At the city gate, the sentry asked him to write down his wisdom. The result was the Tao Teh Ching.

Like with many religious, political or philosophical figures, take any story or claims with a grain of salt. Stories get embellished by both supporters and enemies over the centuries.*

Others say the work is really a collection of sayings by many people, collated into a single work. Since the earliest copy of the text is at least 100 years younger than Lao Tzu, and there are no verifiable records that identify him as the sole author, this theory strikes me as having some merit.

After all, every single religious work I can think of has been edited, added to, cut away from and interpreted by hundreds of human hands in the interim since it was first penned. Why not this one?

END_OF_DOCUMENT_TOKEN_TO_BE_REPLACED

“To secure ourselves against defeat lies in our own hands, but the opportunity of defeating the enemy is provided by the enemy himself.”