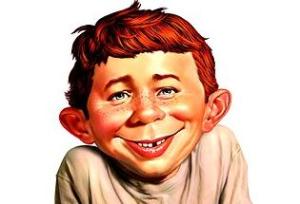 Only 16 months into this term and I’m already worn out from saying “I told you so.” I warned you it would get worse just a few weeks ago. And look: IT DID.

But you’re not really surprised, are you? The whole thing was choreographed by the Block Five through months of secret meetings and emails without any public input. Secrecy, no openness, no accountability – the hallmarks of this term. And it will get worse. Much worse.

I’m going to be saying “I told you so” a lot more through the train wreck of this term. Get used to it.

$1.2 million is the approximate amount Collingwood will have paid its interim CAO by the end of this council term. That’s at $225,000 a year ($50-$100,000 more than what other local CAOs make) plus car, and expenses. And it doesn’t include the stratospheric costs for lawyers (at $900 an hour) and buddy-consultants that have been rung up in the past year. Hundreds of thousands of dollars.

The Block Five flipped the bird at Collingwood taxpayers.

Section 224 of the Municipal Act says council has an OBLIGATION to:

Council flipped the bird at the province, too. Openness and transparency only get in the way of doing whatever you want. Why obey the Municipal Act? Why practice financial integrity? Spend, spend, spend.

If it’s true that, in a democracy you get the government you deserve, then Collingwood is in a deplorable state. I’ve said it before: we deserve better: Collingwood deserves a permanent CAO. But the Block Five thinks we don’t deserve much of anything. Anything good, decent, open, beneficial or ethical for the community, that is.

This week, as you are aware, the Block Five voted to extend John Brown’s interim contract for the second time, and it’s commonly said they have already discussed (secretly of course, as they did last time) extending it again until at least the end of the term.

The motion to extend the contract was moved by Deputy Mayor Saunderson and seconded by Councillor Madigan. Voting in favour were councillors Ecclestone, Jeffrey and Doherty. They all vote in lockstep and always, always do what the administration tells them to do without question. It’s a block vote, based on shared ideology.*

Four councillors showed considerable wisdom and courage by voting to look for a permanent CAO: Cooper, Lloyd, Fryer and Edwards. I tip my hat to them for showing some spine, and the foresight to try and derail this out-of-control engine.**

A one-vote margin is not a sign of overwhelming political endorsement for the interim CAO. In fact, it’s pretty close to a condemnation. Had just one other person at the table chosen to the the right thing, had one other grown a little bit of vertebra, instead of following the mindless, pre-programmed, ideological path, it would have tipped the scales and opened up a brighter future for the town.

Had council followed through with the plan to recruit a permanent CAO – already approved in the budget – they would have saved this town at least $150,000 and perhaps as much as $300,000 for the remainder of this term. And that doesn’t include the massive savings by not hiring more out-of-town lawyers and consultants.

That’s your money, of course. Your tax dollars have so far been spent to destroy the partnership with Collus/Powerstream, mismanage the water utility, explore selling public assets without any public input, alienate municipal partners at the airport, kill the potential 1,400 jobs at the airport, alienate residents and ratepayers, drain tax dollars into the pockets of outside lawyers and consultants… and then there’s the secret plan to build a Taj Mahal addition for the YMCA (using public funds).

And you thought councillors were elected to represent the people, eh? Silly you!

The Block represents the administration first, and their own private agendas second. In between they manage to squeeze in the running vendettas that have marked this council’s actions since its start. No room left to represent the people, let alone practice open, accountable government.The greater good? Pshaw…

I don’t believe the populace will forget this vote, or any of their past actions next election, should any of them run again. Carve their names in your memory: Saunderson, Jeffrey, Ecclestone, Madigan and Doherty.

The evil that men do lives after them;
The good is oft interred with their bones;
William Shakespeare: Julius Caesar

This council gave themselves a raise. Twice. They raised your taxes. Twice. And your water rates. But name one positive, community-building, open and transparent action, event or activity this council has taken for the greater good, for the wellbeing of Collingwood. One thing.

Go ahead, I’ll wait while you think on it. You have all day. All week if you need. Take the rest of the month to give a long, hard examination if you wish.

The answer will be the same: nothing. Take my word: it’s only going to get worse.

** The Mayor showed unusual courage and determination this week by speaking out against the subversive tactics used against her authority this term. For all the huff and puff of the deputy mayor’s righteous indignation at being called out, he should put on his big boy pants and stop sneaking around behind her – and the public’s – back.

Blind belief in authority is the greatest enemy of truth