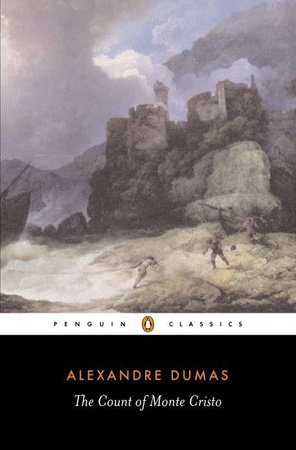 Many of us grew up on the stories of Alexandre Dumas; from cartoons to comic books, TV series and movies. And, yes, books, albeit often abridged for the young market, with drawings of swordsmen, women in flowing dresses, and the court of kings. Swashbuckling adventures, romances with honour and swordfighting. We may not have always realized that it was Dumas who was the source, of course. Do you watch The Princess Bride and wonder who inspired it? His ideas and plots were mined by many who came after.

We learned to behave, to be men and women, by reading such tales, by imitating their heroes, by wishing on their stars, learning their manners and their wit and their honour; by being our own Musketeers.

Neighbourhood children made swords out of wooden posts and branches, then rolled around on the lawn playing at swordfights, banging our rough sticks together, bruising fingers, laughing, jumping on imaginary horses and riding off, firing our finger-pistols at the approaching Cardinal’s men. We died, histrionically, at a sword thrust defending our imagined Milady.

Athos, Porthos, Aramis, Artemis, d’Artagnan –  I knew the names of all four Musketeers better than I knew the historical names in my school textbooks. I knew at an early age about the subterfuge of cardinals and the honour of queens. As time progressed, d’Artagnan blended into Robin Hood into  Lancelot, the Lone Ranger, Flash Gordon and and eventually into Luke Skywalker. Swords gave way to guns and then blasters then computer games.

Years went by. I didn’t read Dumas after my early teens; the comics and the abridged children’s books yellowed, forgotten on the shelves. Other books, other pastimes, other heroes took my interest. I saw a few films based on his works, some TV, but I didn’t pay a lot of attention to them.  Fun stuff, entertainment popcorn, but I forgot the Musketeers.

It was only last year that I bought Richard Pevear’s recent (and excellent) Penguin translation of Dumas’ Three Musketeers almost by accident. The odd cover art caught my eye and I felt compelled to get it (sadly, the cover art that beguiled me has since been replaced by a poster-type cover taken from a recent movie made of the tale….). It was a good choice…

I read the whole novel for the first time as an adult. Devoured it, more like. I entered a world I had forgotten, a secret garden of my youth. But one far more complex and compelling – and sexier – than I recalled. Not the neo-porn of today, but humans being as we all are, shamelessly sexual beings chasing after love and pleasure, albeit within the confounding moral rules of behaviour. The Musketeers were still honourable men, but adults with real passions and without false modesty.

We read differently as we age. At least I do. Our imaginations haven’t the same free rein, and take second place to experience. Or perhaps it’s just me with my latent editor always poking its snout into my books. I sometimes read things twice; once as an audience; again as an editor. But I quickly realized Dumas wasn’t writing for children; that the tales I had read had been, like the Children’s Shakespeare, sanitized and abridged.

(The recent BBC TV series, The Musketeers owes a lot to Dumas’ original, but while highly entertaining, might be better called a tribute than a retelling….)

Before this book, I had never before been fully aware of Dumas’ style, his humour, his politics, his bawdiness. I read his sentences and paragraphs, not just his stories, I read his innuendo and his suggestions, laminated into the tales. And I delighted in the length of the book – much larger than I recall.

The plots – and there are several in motion – engrossed me and, unlike my normal reading habits, I read it from start to finish uninterrupted by other books. He was good, better in many ways than the often dour Dickens or the romantic Austen of the same century. He was his era’s Dan Brown or Michael Crichton. It has been said Dumas invented the modern, serialized novel.

Maybe it was the translation that made it more modern and flow more smoothly, maybe it was the time of my life that I have learned better to appreciate such works, but I loved the story as if I had never read any of it before. It raced along from one episode to the next, never letting the reader pause. I fell asleep to dream of swordfights and racing on horseback to the rescue.

I later shared it with Susan and then a friend, both of whom fell equally in love with it. It made me wonder what else I had missed of his by reading the shortened or comic versions of his other works (I got my passion for many novels from a large collection of Classics Illustrated comics, the only series my parents were comfortable enough with that they didn’t feel the necessity to censor or dispose of…).

I downloaded a Librivox audiobook of the sequel, Twenty Years After, to listen to while walking my dogs.  Another convoluted, lengthy tale; a smorgasbord of politics, violence, shifting allegiances, friendship, passion, action,  subterfuge and cunning… and, of course, honour.

I already had two copies, unread, on my bookshelves – one an abridgment from the  20th century, the other from the late 19th. The latter weighed in at almost 500 pages; the former almost 700. So, I wondered, how long was the original? Almost thirteen hundred – that’s the length of the Penguin edition translated by Robin Buss I ordered. I  don’t care for abridgments, no matter how well done, and they only make me chafe for the full work. I would never be a satisfied Readers’ Digest customer.

Dumas was quite prolific and produced many other works in his lifetime – four fat novels alone in the D’Artagnan cycle, but also plays, novels and considerable non-fiction. Since he wrote for pay, and was paid by the word, he tends to be loquacious, often meandering around on various sidebar-like excursions. But they add to the texture and build the story past mere plot.

There are roughly 465,000 words in The Count: the length of three modern paperback novels. More than six times the length of Edgar Rice Burroughs’ Princess of Mars (and most of his other novels). Dickensian in size. Wordy? Perhaps; popular modern style tends to tighter prose, but Dumas gives detail in the smallest thing, making his stories come alive because of the detail, not in spite of it.

I can only envy his dedication to writing and to creating. I learned only later that he was one of the first novelists to work with a co-writer – Auguste Maquet – who did some of the dogsbody work of research and possibly writing and creative. Generally unacknowledged, of course.  I haven’t explored the relationship between the two yet; something to save for later.

Monte Cristo is the story of an honourable man – Edmond Dantes – who is accused of wrongdoing by his enemies – evil little people, jealous of his accomplishments, too vicious and too petty to accept another’s successes – and betrayal by some he thought his friends. He is thrown into prison for crimes he didn’t commit; anonymous allegations made by secret means. His imprisonment, escape and his vengeance form the majority of the tale.*

It’s not a simple romance where the hero comes out on top after his travails and lives happily ever after. Dumas weaves webs far more complex, and the lives of his characters are too intimately interwoven for simplicity. The consequences of Dantes’ actions, the domino effect of his choices that are felt all around him, make the story fare more realistic than the mere justice of them.

It’s a great novel, in every sense of the word, arguably one of the greatest in the Western canon. It deserves to be read in its fullness, not in an abridgment.

Buss’s translation is clear and crisp, perhaps not as energetic as Pevear’s, but equal to the challenge (the tale, too, is less about action than about human psychology).

Monte Cristo is literary quicksand; dragging the reader into its grasp slowly but inexorably. By page 100, you cannot pull yourself out of the clutches of its characters. It doesn’t make it easier that he throws in Napoleon (one of the historical characters I have always found fascinating) and the Hundred Days – Dumas built his tales around historical events, which makes them that much more compelling. And you sink happily engrossed in it.

* Having recently gone through a period where honourable people on council were accused of wrongdoing by their jealous, petty enemies, betrayed by false friends, subjected to cowardly, anonymous denunciation, while all were equally innocent of any wrongdoing, I suppose I feel some empathy with Dantes.  I felt the same about Jean Valjean from Victor Hugo’s novel, Les Miserables, albeit circumstances of the two are different. And then there’s Julius Caesar; the honourable man struck down by the perfidious conspirators, while his former friends slipped the knife between his ribs. Art imitating life, or the other way around.

“After acquiring rebellious provinces a second time, they are not so lightly lost again afterwards, because the prince, with little reluctance, takes the opportunity of the rebellion to punish the offenders, to clear out the suspects, and to strengthen himself where he is the weakest.”