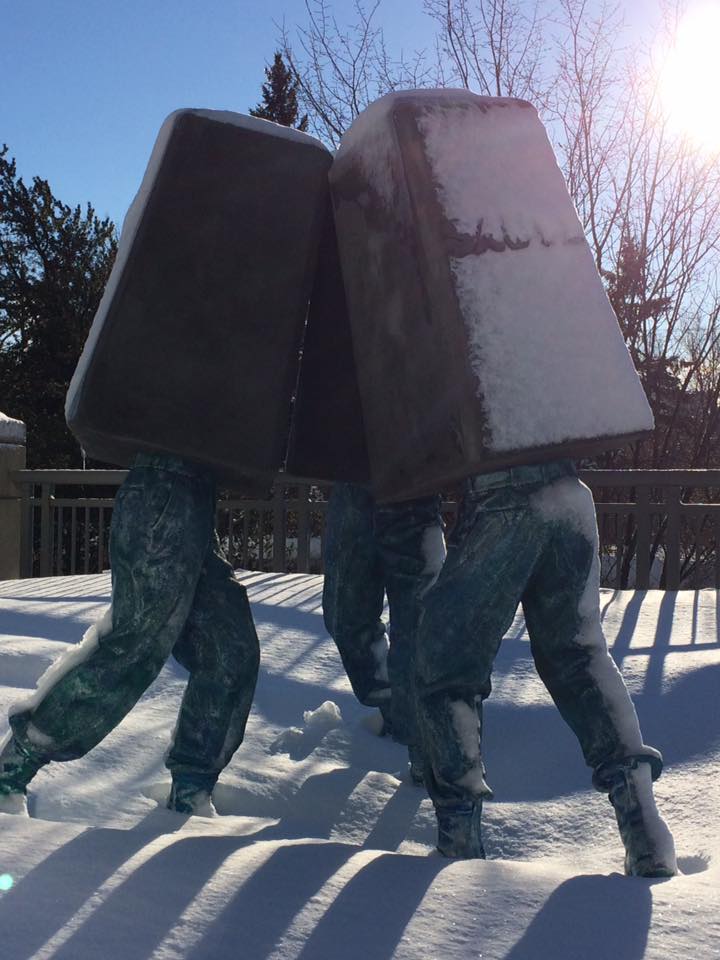 Big day for Collus-PowerStream today: the deadline for acceptance of PowerStream’s sale offer for the remaining share of our utility expires this afternoon. And of course Council will finally deal with it at the special meeting called for noon, today, mere hours before it expires. Nothing like waiting until the last moment. They’ve had a month to deal with it, but that’s our council: inept and procrastinating until the end.

Like I wrote in December, if not accepted, this will trigger the shotgun clause in the shareholders’ agreement and force the issue (see below). Council could have avoided the deadline and the shotgun by simply agreeing to waive the right of first refusal and the shotgun clauses as PowerStream requested before submitting its bid, but no one in The Block was bright enough to realize the light at the end of the tunnel was an oncoming train.

The Block will be like flies stuck in amber: frozen by their failed ideology and innate stupidity; unable to respond effectively while the deputy mayor and the interim CAO try desperately to spin the issue as PowerStream’s fault instead of a debacle of their own making. That’s been the storyline fed to council and the public for the past two years and they’ll stick with it despite it having been exposed here as a poorly written fiction for a long time now.*

As evidence of their ineptitude, any bids for the share received from the RFP sent out last fall are supposed to be discussed at council’s January 20 meeting. Two weeks after today’s deadline. That’s a true Homer Simpson “Doh!” moment.

And if you’re a council watcher, you’ll recall the gormless Blockheads mouthing bromides about “kicking the tires” and “getting public input” – all the while scheming and conniving behind closed doors (where they will be, again, today). And now they’re stuck. They that sow the wind, shall reap the whirlwind. Ain’t karma a bitch?

The shotgun clause says either partner can make an offer to buy the other partner’s share. If that offer is refused, the refuser has 30 days in which it MUST buy the offering party’s share for the amount offered. The cash value of the share is between $5 and $8 million (The Block has devalued it since the original $8 million by killing the shared services agreement, at a HUGE cost to Collingwood taxpayers). The Block decided not to waive this clause when PowerStream offered to let them off the hook.

The town doesn’t have the cash to buy the share back without depleting its reserves. It can’t borrow the money since council passed a bylaw saying it cannot borrow any more. So if council rejects PowerSteam’s offer, how can it buy the share back?

My guess is that the administration will try and float a scheme to sell it to another utility (best guess: Epcor, if they submitted a bid, but possibly Hydro One…). In this scenario, that utility will “lend” the town the money to buy the share then once it’s back in town hands, will buy the whole shebang; 100% of the utility. And if it’s Epcor, the town will probably throw in the water and wastewater services, too (as Epcor demanded from Innisfil in a similar offer).**

I’m pretty sure the province and the Ontario Energy Board will look askance on this shell game. It stinks like a ponzi scheme. And, I suspect, the bank accounts of everyone involved in such a transaction will be under the microscope to see if any commissions or paybacks were received.***

All of this has been done – of course – behind closed doors, without any public discussion, without any public consultation or input. it’s YOUR utility but you’re not allowed a say in the sale. That’s the modus operandi of The Block since they were elected: do it in secret to avoid public and media scrutiny. The campaign promises about more openness and transparency? Fuggedaboudit.

If they have any common sense left (a doubtful proposition), The Block will meekly accept PowerStream’s offer, avoid the shame and embarrassment of the forced shotgun clause, and let our already tattered reputation (thanks to their efforts) sink ever lower in the public’s eye.

~~~~~
* Not, however, in the local media which, when even bothering to report on it, have swallowed the administration’s story hook, line and sinker.

** It is doubtful the town can legally negotiate with another company since the town’s share hasn’t been publicly declared surplus, and the Town hasn’t lived up to the conditions in the shareholders’ agreement that requires them to deal first with PowerStream.

*** Council and the administration are currently under investigation by the Ontario Energy Board, the Ombudsman and the Information and Privacy Commissioner over their dealings in this matter. I have no doubt a police investigation – if not already in progress – will follow. Perhaps the administration will ask for an extension so they can negotiate with someone else on the pretense that they need more time, hoping to hoodwink PowerStream.