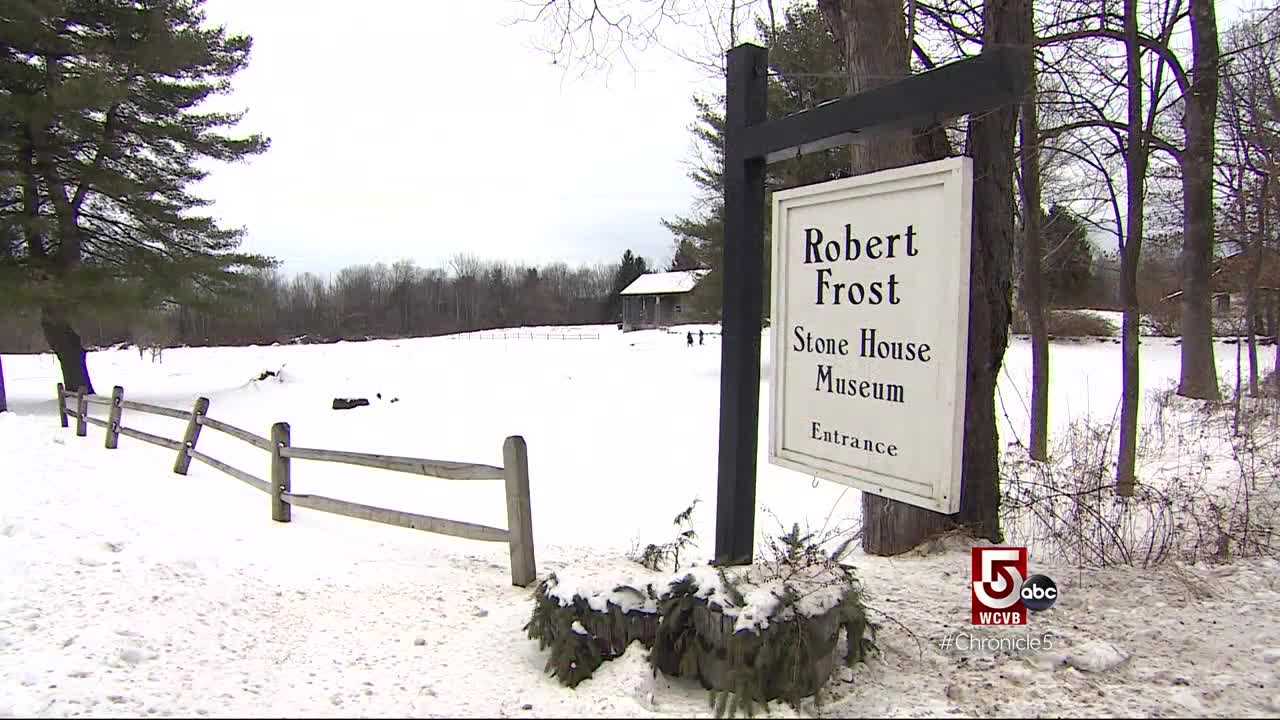 Robert Frost was a great American poet, and I’ve enjoyed many of his poems over the decades I’ve been reading poetry. Some are a tad bucolic for my taste, but many also plumb the depths of human emotions so succinctly as to make Frost more universal than simply American. But while he never wrote any science fiction, his words have been used in that genre.

Recently I came across a verse in one of Ben Bova’s more recent scifi novels that made me re-appraise and re-read Frost. It was:

They cannot scare me with their empty spaces
Between stars — on stars where no human race is.
I have it in me so much nearer home
To scare myself with my own desert places.

Seemed a perfectly appropriate verse for a story about humans travelling through the vastness of interstellar space, the great emptiness. The verse was unattributed, and I originally thought it was Bova’s own work, much like the poetry in Heinlein’s novels were by that author. But it turned but to be from a Robert Frost poem titled Desert Places. I could not recall having read the poem previously, so I looked in up in my collection of his work, reading, as is my wont, others of his poems at the same time to re-familiarize myself with him.

In its entirety, Desert Places reads:

Snow falling and night falling fast, oh, fast
In a field I looked into going past,
And the ground almost covered smooth in snow,
But a few weeds and stubble showing last.
.
The woods around it have it – it is theirs.
All animals are smothered in their lairs.
I am too absent-spirited to count;
The loneliness includes me unawares.
.
And lonely as it is, that loneliness
Will be more lonely ere it will be less –
A blanker whiteness of benighted snow
With no expression, nothing to express.
.
They cannot scare me with their empty spaces
Between stars – on stars where no human race is.
I have it in me so much nearer home
To scare myself with my own desert places.

Reading the entire poem, of course, changes how it affects the reader’s interpretation. It is not, as I had first assumed, about space travel but rather grounded in the view across the empty, wind-swept and snow-covered fields nearby his own home. Home plays a big role in Frost’s poetry.

But then, I wonder, who are “they” in his poem who attempt to scare the poet? And why? Are “they” astronomers? That line jangles in me.

Deserts are, in popular culture, dry, hot places of cactus and cowboys, sparse of life and rocky. Frost inverts that to make the bleak winter landscape a “desert.” It’s a picture of cold whiteness and emptiness and you can almost feel the bitter wind. And yet it’s also a picture of home; a place he travels frequently.

Nick Chater, author of the book, The Mind is Flat, about how our brains see the world around us, recently wrote:

The mind is a spectacularly inventive, if wildly inconsistent, storyteller, generating a continual stream of explanations, speculations, and interpretations, including of our own thoughts and actions.

And Frost was nothing if not inventive in the way he framed his world for us to see. But the reader, too, is inventive in how they interpret Frost’s words. His poem speaks to me of my own local landscape in winter; the empty fields we pass by where brown reeds of former crops and grasses stick out above the snow, and the brittle woods that frame them. He might have been writing from this very county where we live.

Yet, because I first read his final verse, I cannot help but read the whole poem with that verse foremost in my mind and read it as if it were voiced by a brave cosmonaut about to embark on a long interstellar voyage. Looking up in the clear night sky at the distant constellations and bright points of the planets, I can recall Frost’s words. They still seem well-suited for a science fiction novel.