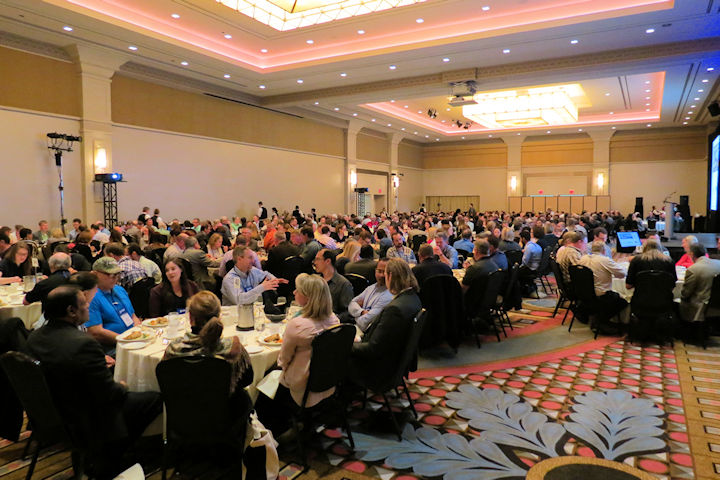 I had the honour and the enjoyment of attending two municipal conferences last week. While no longer directly involved in politics, I am able to keep my finger in some of the political pies through my current work for an NGO. Plus, I like to remain informed and up-to-date about politics and governance, and am always looking for opportunities to increase my knowledge and understanding of pretty much any topic.

The first event was the Ontario Water Conference, in Windsor. While predominantly a technical and operations event for facility managers and operators, it also has a good political component where utility board members and politicians can learn about initiatives, developments and government updates.

I sat in on presentations over two days, learning about levels of service and risk models; improvement actions from frozen services; eco-fiscal challenges to building resilient communities; business case for a one-water approach; updates from the IESO, the MOE, MOECC, Drinking Water Advisory Council and Safe Drinking Water Branch of the MOECC. From climate change to electricity prices to algal blooms and utility board governance… I learned a lot.

The great majority of workshops were, however, technical, and well out of my depth of knowledge. It also has a large trade show where attendees can see the latest updates in water-related technologies and discuss their implementation with the vendors.

The Conference continues to be the premier drinking water event in Ontario, consistently attracting over 900 delegates from all areas of our industry: operators and owners, manufacturers and suppliers, consultants, academics and regulators. The Trade Show has more than 100 exhibitors representing the manufacturers and suppliers of products and services to the water industry. This is a great opportunity to network, and keep informed about technical, regulatory, and equipment development which affect the industry.

I would have assumed that any politician who sits on a water utility board or any public member of such board, who is dedicated to their role and cares about water would have at least made the effort to attend these sessions. After all, they are personally liable for the quality of our water and can be sued for not maintaining it.

I guess if you don’t read the Clean Water Act, this might not concern you. (Hint: it’s crucial reading for members of water utility boards like ours…)

However, there were not many politicians in sight, although I did encounter a few. While I recognized several water utility employees from Collingwood, none of its water utility board (which consists of five inexperienced, neophyte politicians) was present. You would think someone who knew nothing about the subject would be eager to learn about what they have the responsibility over, but perhaps I expect too much from them. Ignorance is bliss, they say. 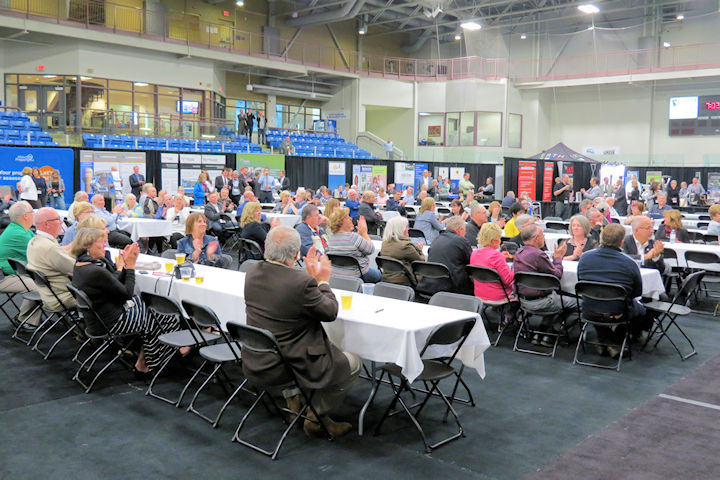 OSUM is a caucus of the Association of Municipalities of Ontario (AMO), and as the website says:

The Ontario Small Urban Municipalities (OSUM) is the small urban municipal voice of the Province. OSUM is an integral part of the Association of Municipalities of Ontario… OSUM has ensured that matters which affect small urban communities are brought to the attention of the provincial and federal governments. Leadership is provided by the Chair and Board of Directors who are elected annually.

Collingwood is considered a small urban municipality by AMO. Of all the events councillors in this province from towns like Collingwood can attend, OSUM is easily the most relevant to our overall governance. It is certainly hugely more relevant to Collingwood than, say, the FCM conference, which is only relevant to the personal political aspirations of Councillor “Senator” Jeffrey, since she now has an unlimited budget to fly, wine and dine around the country at taxpayers’ expense.

OSUM had presentations on: Accountability and Transparency Under Bill 8; A Primer on Municipal Conflict of Interest; Is Downtown Revitalization a Priority in your Community?; Emerging Trends in Managing PTSD, Mental Health and Medical Marijuana Issues in the Workplace; Ontario Cap & Trade Program Overview & Impacts and Are you Prepared for Bill 172: Climate Change Mitigation and Low-Carbon Economy Act, and a breakfast with the Ombudsman.

I was unable to attend any of these sessions, because I was an exhibitor in the trade show and only there for part of the event. However, I did get to talk to a lot of delegates, including several from Wasaga Beach, Town of the Blue Mountains and Midland.

The only Collingwood politician to attend was Mayor Sandra Cooper. It is encouraging to know that while the rest of council is content with their secret backroom meetings to develop policies and plans, Mayor Cooper continues to obey the town’s Code of Conduct bylaw which states:

Members have an obligation to promote, support, pursue and partake in opportunities for professional development, including but not limited to:

Get that? It’s an OBLIGATION to learn. But what the heck, this council has broken those rules so many times this term that no one in the public expects any accountability any more, least of all about actually educating themselves. And attending a conference would suggest they didn’t already know everything, which would run against the grain of their heady self-assessment of omniscience. Glad to know the mayor still lives by it, though. 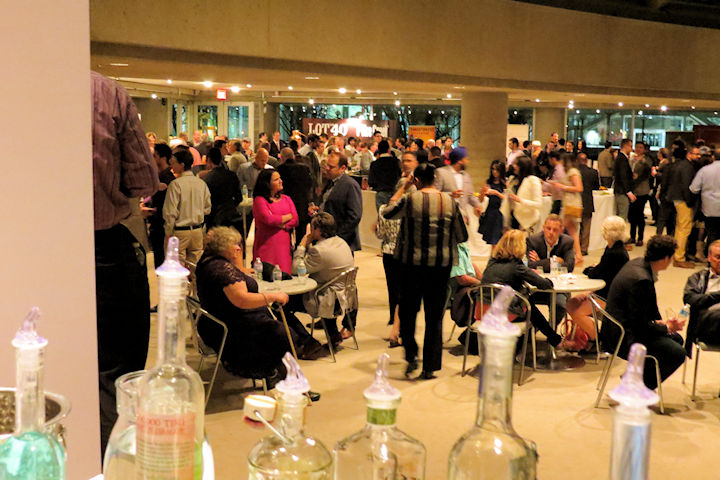 Then I was back home for merely one day before I headed out to Toronto and the 12th annual Spirit of Toronto, where Susan and I provided tastings and education about tequila for the 1,000 delegates at this upscale event.

It was fun, albeit hectic, and by the end of the evening we were hoarse from talking and sore from standing for more than five hours. But we brought a new audience of educated imbibers into the world of premium tequilas, which is always worth the effort. The organizers were wonderful, passionate people who really care about both the show and quality spirits.

We didn’t get to see much of the show – our tequila table was far too busy for either of us to leave, even for a bathroom break – but what we could see from a walk-about before it opened was that the majority of vendors and distributors were offering whisky in its many forms and styles.

There were some other spirits offered, of course, but by far the largest category was Scotch, and other whiskies. I didn’t see Canadian Mist, but I wasn’t looking for it, so it might have been there and I just overlooked it. Unfortunately, we also didn’t get a chance to sample anything, because we simply didn’t get the opportunity to get away long enough.

Ah well, I’m not really a Scotch aficionado and I have to content myself with being able to taste some of the exquisite Casa Noble tequilas at the end of the event. I’ve experienced them before, and visited their distillery in Mexico three times, but am always grateful to have the opportunity to sample them again. I hope next year we will be invited back to help out.

One Reply to “Two conferences and a show”

“He must maintain his good reputation so that no one would be able to either to deceive him or cheat him.”