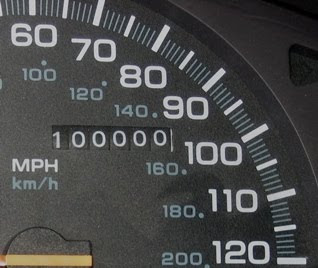 Last week (late Feb, 2014), I passed 100,000 unique views on this blog – in slightly over two years since it was started. Not large by any means, given that some sites easily get that in a month. But a personal milestone for me.*

Thank you, gentle readers, for coming here, for spending time with my humble scribblings**, for taking time out of your busy day to read my words. I hope I have managed in some small way to entertain, amuse, delight and inform you. At the very least, I hope I have encouraged you to think about what you’ve read, even if you disagree with it.

The internet can be a harsh place, a place of anger, vituperation and confrontation, a place where conspiracies and intolerance thrive. But it can also be a place where people find common ground, can share ideas and interests. Where communities can form and friendships built through engaged dialogue and civil debate.

Although there are a lot of angry people online eager to attack anyone with a difference of opinion or thought, there are also places where people can express themselves without being ridiculed and attacked. Sometimes, you find such a haven; sometimes you have to create a space for yourself like this blog to achieve that.

I hope you share at least some of my interests and that’s what brought you here: your love of history, language, science, writing, literature, politics, music and yes, even baking bread. Perhaps you were looking for information, for ideas, for fellow aficionados, or even for some reinforcement for your own opinions. Whatever brought you here, I thank you for staying a while.

Since I started this blog, I’ve posted 541,771 words. Since I often cut and paste content from books or other sites, I can’t take credit for them all. Perhaps only half-a-million of them were mine. More than fifty seven thousand of those were posted in 2014.***

That’s more than five posts a week on average. Add in those written but still in draft form and it’s almost six. Of course, it’s not a steady, regular output. it comes in fits and starts. Some months I am more prolific than others. Depends on what I’m reading, and what’s happening in the community.

My interests are wide and I am curious about much. Although my formal education is not particularly great, I still try to learn new things, to educate myself. I set myself intellectual and educational challenges constantly. Some I accomplish. Others overwhelm me. What matters to me is making the effort, to always look for new horizons, to go outside the boundaries of what I know, what is comfortable.

TV’s Star Trek opened with “To boldly go….” To me, that’s a voyage to the intellectual frontier, a voyage of discovery we should all take for ourselves. The sheer, exquisite delight of learning something new is unbeatable.

And then I like to share what I’ve discovered, in great part because I actually love writing: I take enormous pleasure in crafting sentences and paragraphs.

I hope that in some small way, my own enthusiasm sparks something similar in you, and has contributed to the general good. It might seem somewhat self-indulgent at times, but essentially I write for myself, as I would in a journal, and to keep my own art of writing honed; practice like I do on the ukulele.

I learn when I write, I sort out my thoughts and reassemble them, clarify my ideas and qualify them. As an article in Wired Magazine about blogging noted, it helps the writer as much as the reader:

Before the Internet, most people rarely wrote for pleasure or intellectual satisfaction after graduating from high school or college… studies have found that the effort of communicating to someone else forces you to pay more attention and learn more.

So again, thank you for coming here, thank you for staying a while. I appreciate every visit, and every time one of you comments – in a civil manner, of course. 😉

* As of the time of this writing, just shy of 101,000. My Municipal Machiavelli site has had just over 15,000.
** The Duke of Gloucester, brother of King George III, permitted Edward Gibbon to present to him the first volume of Gibbon’s The History of the Decline and Fall of the Roman Empire. When the second volume of that work appeared, it was quite in order that it should be presented to His Royal Highness in like manner. The prince received the author with much good nature and affability, saying to him, as Gibbon laid the quarto on the table, “Another damned thick, square book! Always, scribble, scribble, scribble! Eh! Mr. Gibbon?”

*** A mere drop in the bucket. According to Wired Magazine:

Every day, we collectively produce millions of books’ worth of writing. Globally we send 154.6 billion emails, more than 400 million tweets, and over 1 million blog posts and around 2 million blog comments on WordPress. On Facebook, we post about 16 billion words. Altogether, we compose some 3.6 trillion words every day on email and social media — the equivalent of 36 million books. (The entire US Library of Congress, by comparison, holds around 23 million books.)…
But focusing on the individual writers and thinkers misses the point. The fact that so many of us are writing — sharing our ideas, good and bad, for the world to see — has changed the way we think. Just as we now live in public, so do we think in public. And that is accelerating the creation of new ideas and the advancement of global knowledge.