There’s a story in Valerie Roebuck’s translation of the Dhammapada (Penguin Classics, 2010, commentary on verse 6, p 115-116) that caught my eye recently, and it made me wonder what the moral or ethical precept was buried in it.

And it makes me question what it says about the supposed compassion of the Buddha and his attitude towards animals.*

I have not found online the story exactly as Ms. Roebuck tells it**, but I have found many variations on it. It even has its own holiday: Madhu Purnima. In essence the story goes like this:

The Buddha is at the Kosambi monastery where 500 monks get into a doctrinal dispute (i.e. pissing match over minutiae) he cannot resolve for them. So he gives up and heads to the forest to find peace (first stumbling block: where’s the fabled patience?).

Meanwhile, an elephant (often described as a bull elephant), tired of living among the herd, joins him. There the elephant takes care of the Buddha, bringing him water and protecting him from predators.

A monkey joins them and brings the Buddha some honeycomb, which the Buddha accepts. The monkey is so delighted, he swings from branch to branch wildly, but in his excitement, falls to his death. He’s reborn in Tavatimsa heaven, so that’s supposed to be okay.

No indication that the Buddha felt any compassion for the animal, let alone any remorse for being the cause of its death. Personally, I’m not sure the trade-off between life and death is worth it, but maybe I’m just too attached to living. Or maybe I’m just a teensy bit too skeptical about rebirth, reincarnation, heaven, gods and so on (a la Stephen Batchelor’s Buddhism Without Beliefs).

Meanwhile, the monks come to the forest and beg the Buddha to return, which he does, leaving the elephant in the forest. Roebuck says it was “at the point where the animal might have been in danger from human beings if he had followed him.” Other texts say the elephant followed him to the edge of the city.

Again, no indication of gratitude for the elephant’s service. No thanks, no fond wave of the hand, no blessing.

The elephant dies of a “broken heart” from being abandoned. The Buddha in the tale shows no compassion or remorse. The elephant pops up in Tavatimsa heaven too, though. I suppose that’s okay. 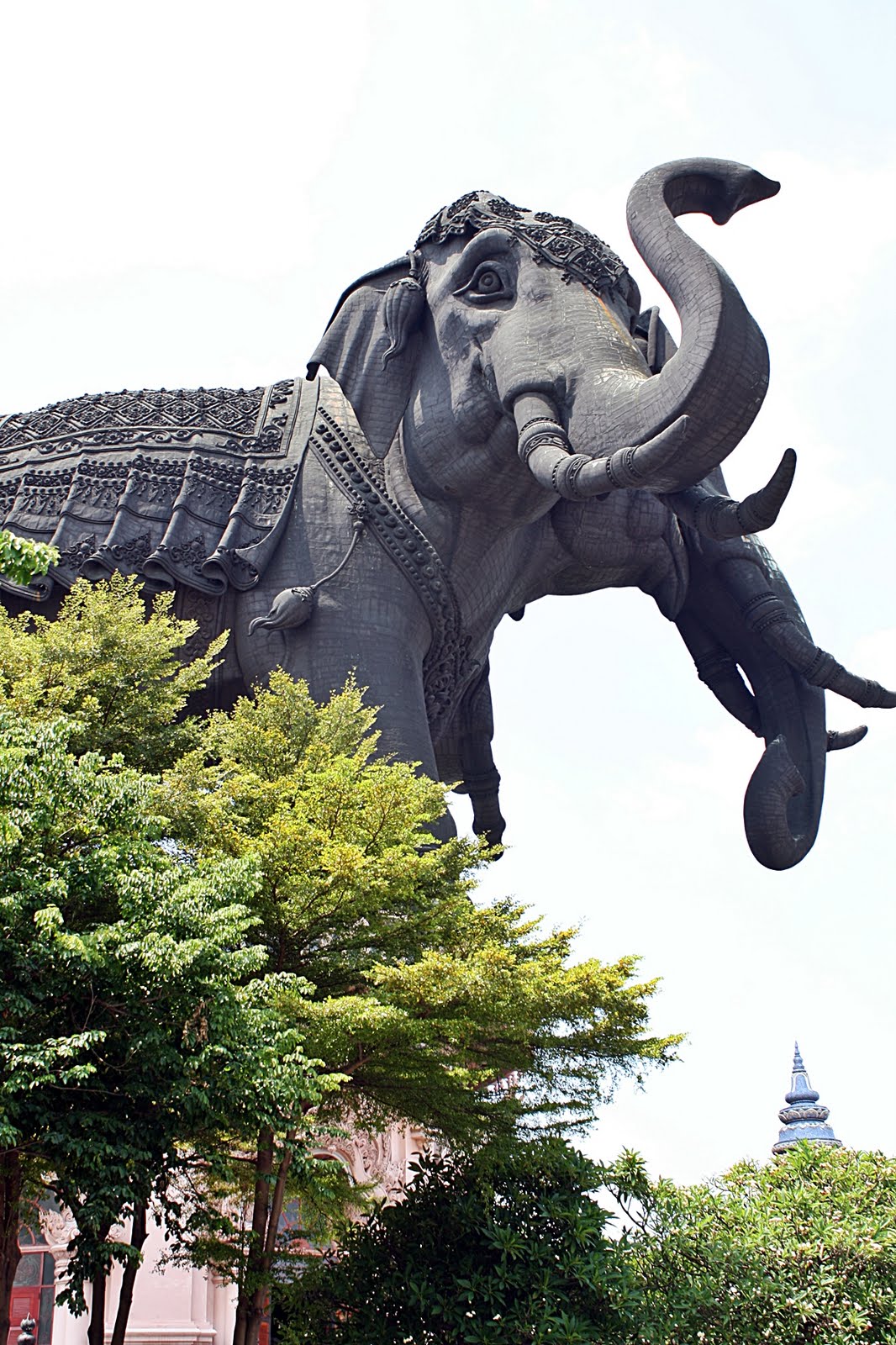 Sure, going to heaven is supposed to be good, gets you out of that nasty cycle of rebirth, a reward for good service and all that. Heaven is the consolation prize for a lot of religions and seems full of martyrs and suicide bombers; hardly the company I’d want to keep in the afterlife.

It’s not much consolation as I see it. My first thought was here’s this guy who’s supposed to help guide us out of the trap of suffering (ye olde Four Noble Truths) and he’s making this poor elephant suffer. Somewhat of a contradiction as I read it.

Okay, I know that these tales are, like most Biblical and mythological stories, not meant to be taken literally. They are allegories and metaphors meant to teach, to explain and to guide. Animals in Buddhist stories are like Noah’s ark: not factual but rather symbolic.

And I know too well that there are great cultural differences in the way animals are perceived. Not everyone sees the elephant and the monkey as sentient beings or holds them in respect. Is this just my Western (non-meat-eating) over-sensitivity?

Still, this the the Buddha, supposed to be Mr. Compassion, model for moral and ethical behaviour and all that. Can’t he at least shed a tear for the lives that were lost in serving him? Even if they were just two animals?

Why should we teach our kids to say please and thank you if Mr. B doesn’t say them?

Am I taking this too literally? Maybe. But as a writer, I expect to see stories have closure and these spurs tidied up. What good is an allegory if it opens more questions than it answers? If the moral of the story is murky and confused?

The elephant in Buddhism represents two main things: mental strength, but the grey (forest) elephant can also represent the mind untamed. So maybe the subtext here is the wild mind being tamed in the presence or service of the Buddha, and the only place to go after that is up (i.e. to heaven). I get that.

I also get that I’d be happier if the elephant went back to the herd and passed along his learning. What happened to the rest of the herd, bereft of its bull?

Elephants also represent a variety of virtues including loyalty and patience. However, that doesn’t quite explain why one would be abandoned and let die.

Monkeys usually represent the untamed mind, tool the wild, restless, unfocused mind. Perhaps the symbolism here is the taming of the wildness through the association with the Buddha. But why does it have to be a death? Why couldn’t the monkey survive and go on to pass its learning to other monkeys in the forest? What’s the lesson in death?

And why use two somewhat contradictory symbols related to the mind in this manner?

Am I over-thinking all of this?

I would have expected the Buddha to teach a sermon on the calm loyalty of the elephant compared to the bickering, divisive actions of the monks.

I would have expected the Buddha to mourn the deaths of two loyal servants, to present them as models of behaviour and selflessness to the monks. As examples of right behaviour (one spoke of the eightfold path).

Nah. From what I can see, Big B just shrugs and goes on his way, totally oblivious to the suffering he’s caused. Which really annoys me because it is not, as I understand it, the way an awakened one behaves. In fact, it seems a bit bureaucratic and callous.

Maybe I’m missing something. Maybe by turning the elephant back, the Buddha was showing compassion, keeping the elephant from being captured and turned into a servant… wait… wasn’t that just what it was doing? Would the life of a captured – possibly pampered – servile animal in the Buddha’s company be worse than death alone in the forest? Somehow I don’t see it.

The elephant dies. To me the lesson is a warning. If you serve the Buddha all you get in the end is a cold shoulder for your efforts and a sad death. I’m pretty sure that’s not what the story is intended to impart, but I can’t escape that conclusion.

The elephant gets a whole chapter (23, verses 320-333) full of admiration in the Dhammapada. It was a respected and loved animal in Asia, still is. In another story (p.204) the Buddha compares himself to a “well-trained elephant who endures arrows with patience.” Which seems to fly in the face of the story related here.

Mostly for me Buddhism is a moral and ethical philosophy, not a religion and I don’t partake of the religious and supernatural concepts that have accumulated on some schools of Buddhism over the millennia. For me, it’s a simple guide to behaviour, to daily action and thought. To dealing with and respecting others. As a moral compass for my social and political decisions.

So when I find a story that makes me question it, I get rattled.

Maybe some folks more literate in Buddhism, more experienced and practiced can help me understand better this story and set my mind at ease over the implications that darken it for me.

~~~~~
* Yes, I believe there was an actual person who became the Buddha, but no I don’t believe every legend and story that has agglomerated around him and stories of this sort are usually vehicles for teaching, seldom meant to be taken literally. Still…