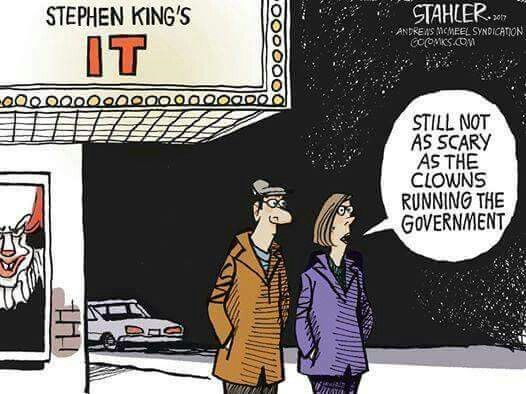 A story in CollingwoodToday is titled, Collingwood residents asked to add to council code of conduct. It suggests the town (aka council) is looking for public input into the always-changing, always-ignored Code of Conduct. Yes, I know what you’re thinking when you read that story’s headline. Stop laughing.

As if this council would ever pay any attention to public input. Or would heed any rules, codes, protocols, regulations or anything else that crimps their style or gets in the way of their ambition. This has always been a do-as-I-say-not-as-I-do council. The story notes without a trace of irony:

After the Collingwood Judicial Inquiry Report was received by the town in Fall 2020, the town endeavoured to modify the code based on recommendations out of the inquiry.

But, clearly, it didn’t matter because every recommendation about conflicts and apparent conflicts — and there are many in the inquiry report — was simply ignored. And the remaining recommendations were clearly cherry-picked to avoid those that councillors felt might expose them to public scrutiny.

After all, how could they hire their former employers (without, of course, going to tender as the procurement bylaw requires) unless they deliberately ignored the recommendations in Saunderson’s Vindictive Judicial Inquiry (the SVJI) about avoiding apparent conflicts of interest at all costs? And, of course, neither former employee on council declared that they worked for that employer (one for 32 years!).

And they’d even have to be honest about the actual costs of the SVJI, which to date they haven’t been ( since 2015, it’s consumed well over $10 million of your tax dollars). And, yes, they’re still wasting your tax dollars on it, spent on the sole-sourced former employers of the mayor and Coun. Hamlin.

How could they vote on issues that affect their livelihood, their co-workers’ livelihoods, or that of their friends if they had to declare conflicts every time these issues arose? They’ve found it easier to simply ignore the judge’s recommendations in the SVJI (and the Municipal Conflict of Interest Act) where it inconveniences them, their coworkers, or their friends.

How could they sell off (aka privatize) public assets like our electricity utility and airport unless they ignored every rule about engaging the public? (Done, of course, by the former council did  — on which four current members served; most of the rest were their offside cheerleaders). That was a clear betrayal of the public trust and their oath of office, but they conducted all of their meetings behind closed doors to avoid public scrutiny.

How could they put a splash pad on an old dump site instead of at Sunset Point Park where the public requested it? It’s not like council heeds public input when they can more easily pander to their NIMBY supporters who live near the park.

How could they block the hospital’s redevelopment at a new site despite widespread and outspoken public support for it (then pretend to be in favour of it, as long as it stays where it is, despite the extra costs, loss of helicopter service, and other substantial problems that would raise).

How could they give themselves their sixth pay raise this term if they had to obey some antiquated set of ethical rules about serving the community instead of themselves? (And don’t get me started on one councillor’s $1,800 phone expenses that got approved by the mayor early in the term…)

And think, too, of how they treat members of the public who do speak up. John Megarry got an earful for his attempts to question their out-of-control spending at a public meeting from Councillor McLeod (but they refused to answer his questions). And former councillor Tim Fryer raised many questions about the inquiry’s costs and the misleading information being fed to the public, but got no answers for his efforts.

And let’s recall Councillor Berman’s motion to “fact-check( aka censor) public comments to make sure they were in line with the official narrative — which, of course, our Politburo passed. That’s how the public gets treated by this council.

Public input? I hear you laughing at the very thought. Not that they’ll heed it, but here’s mine: Throw out the legalese-and-bureaucratese-dense code that none of our reading-averse council will bother to read, much less understand, and replace it with something simple like this:

Act diligently, with morals and ethics, and make your decisions using common sense. Don’t vote to hire your former employers or for contracts with friends. Put the community first in everything you do. If you cannot do so, please resign.

And let me throw in another, to keep them focused on their fiscal responsibilities:

Any cost of living allowance (COLA) increment or proposed salary hike for council or senior staff (department heads and higher) proposed in the budget will be eliminated in any year where there are property tax increases. If any property tax increase exceeds the current rate of inflation, the base salary of council and senior staff will be decremented by that amount.

Let’s see how they take to that idea. I know, I know, you’re laughing again.

Council and staff are putting a lot of time, money, and effort into revising (again) this document. In political terms, it’s a Red Queen’s Race: running as hard as you can just to stay in the same place. Meanwhile, they neglect the community while giving themselves raises for doing nothing.

Too bad they couldn’t put a fraction of that time and effort into cleaning up our town, fixing our streets, doing something about traffic problems, dealing with homelessness, restoring the terminals, repairing our parks and public spaces, or any of the other problems we face daily.

* One of the principles stated in the Act is:

3. Members are expected to perform their duties of office with integrity and impartiality in a manner that will bear the closest scrutiny.

Which is basically all any local code needs to have in it. But, apparently, ours needs to be longer, denser, more bureaucratic, and more convoluted because such a simple rule is too easily ignored. Well, okay, so are the other rules when it suits council. Maybe we should consider this revised document merely a make-work project for staff to justify some rather high salaries.