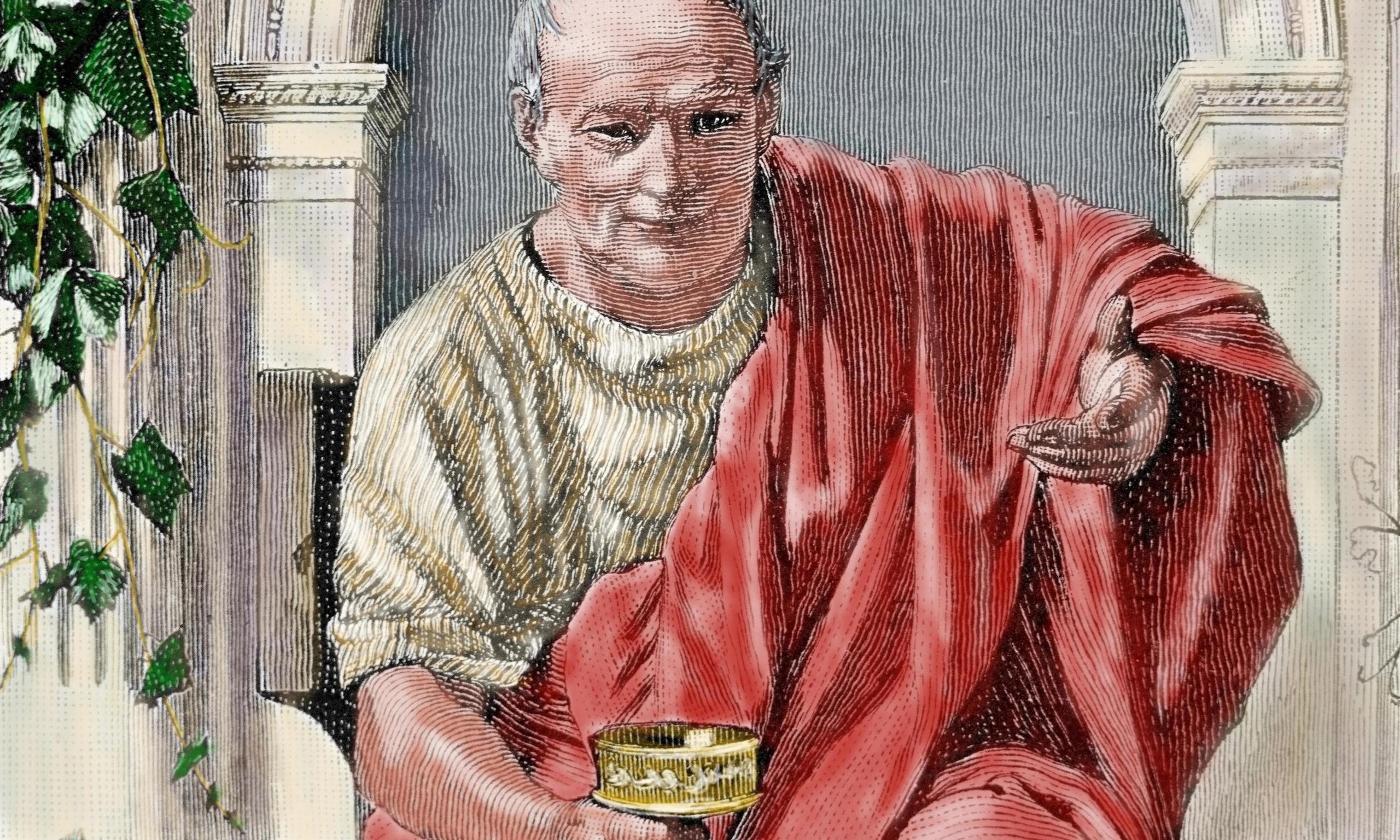 Horace’s Ars Poetica, or the Art of Poetry, was written as a 476-line poem in a letter to his friend, the Roman senator  Lucius Calpurnius Piso (Lucius) and his two sons, around 19 BCE. It was known for a time as the “Epistle to the Pisos” until 95CE when the critic  Marcus Fabius Quintilianus (Quintilian) called it the Ars Poetica in his a twelve-volume textbook on rhetoric, the Institutio Oratoria. The name stuck.

Horace (Quintus Horatius Flaccus) was popular during the Renaissance when Latin was still taught in schools. Some of his poems were among the works students had to read and translate. But the Ars Poetica got its boost from playwright Ben Jonson, who began his own prose translation around 1604, but wouldn’t see it published until 1640. Before then, he included references to it in his Ode to Shakespeare, written in the 1620s and included in the dedication to the First Folio of Shakespeare.*

Like Cicero and all Roman writers of his day, Horace knew his letters would be copied and shared among a wider circle. His Epistle to the Pisos was likely the last letter he ever wrote. It wasn’t meant as a textbook, but as a way to engage others in discussions and conversations about writing poetry and drama, as well as make comments on other arts, like music and painting. He also tosses in comments and criticisms of other authors and playwrights (including Homer) in his somewhat rambling letter. But regardless of his intentions, the Ars Poetica has had significant influence on the dramatic arts ever since it was first penned.

Among its many points, Horace stresses that talent isn’t enough to make a good writer: it takes hard work. Here’s an example, from a 1928 translation of the epistle:

As is painting, so is poetry: some pieces will strike you more if you stand near, and some, if you are at a greater distance: one loves the dark; another, which is not afraid of the critic’s subtle judgment, chooses to be seen in the light; the one has pleased once the other will give pleasure if ten times repeated…

And here’s a more recent translation (1973), this one by Niall Rudd, who translated the latest Loeb editions of Horace’s Odes and Epodes, and the latest Penguin Classics edition (revised 2005) of the Satires and Epistles:

Make sure that fictions designed to amuse are close to reality.
A play should not expect us to take whatever it offers—
like ‘child devoured by ogress is brought alive from her belly’.
The senior bloc chases plays which haven’t a message;
the haughty young bloods curl their nostrils at anything dry;
everyone votes for the man who mixes wholesome and sweet,
giving his reader an equal blend of help and delight.

(You can read the untranslated Latin version here).

No play should be longer or shorter than five acts,
If you hope that, once seen, it’ll be requested, revived.

Shakespeare took this to heart: every play he wrote had five acts (although the number of scenes in each might vary). Horace also warned about writers using the “deus ex machina” solution to making their plots work:

Horace warned against flowery writing (purple prose, or purpureus pannus), and recommended writers begin their tales in the middle (in media res) rather than from the very beginning (ab ovo)***. Perhaps most important was his instruction that writing (poetry in particular) should delight and instruct the reader (lectorem delectando pariterque monendo).**** 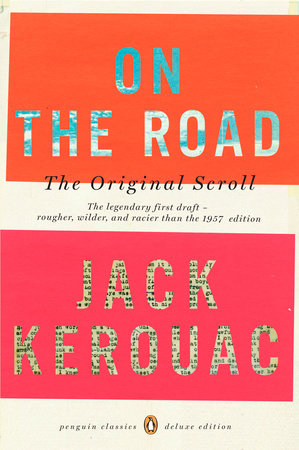 I turned to Horace’s Ars Poetica recently while I was re-reading Kerouac’s On The Road, a novel I first read in the late 1960s while hitchhiking around Canada. I recently purchased the Library of America edition with four of his “road” novels and other material, and have also been re-reading The Dharma Bums at the same time, which I also read back then. Reading the notes on the text and publication history at the back of this volume, I wondered if Kerouac was inspired by Horace’s advice.

Kerouac’s novel as first published was the result of that mix of sweat and inspiration that Horace described and Jonson repeated. The original draft version of On The Road was written over a three-week period in 1951, typed on sheets of Japanese tracing paper he taped together so he could write a continuous scroll (you might recall that classical authors like Horace wrote on scrolls, too). It ended up 120 feet long.

That scroll’s story was later revised and reworked into the novel that got published in 1957 and became a bestseller. As noted on kerouac.com:

Representing the identifiable point at which his vision & narrative voice first came together in a sustained burst of creative energy, the scroll is the ‘uncut’ version of Kerouac’s masterpiece—rougher, wilder & more sexually explicit than the edited work that appeared in 1957.

The original scroll became an exhibit in the American Writers Museum. It was recently (2008) published, word-for-word by Penguin Classics. Whether Kerouac read Horace, I have not discovered, but it seems he intuitively took the poet’s advice. Many of his published works came to print through a longer process of writing and rewriting, although some were works of spontaneous creativity.

Even if he did not read Horace, I suspect that the poet’s advice has become part of the DNA of writers over the millennia since it was first written. Classes in creative writing, English literature or drama incorporate his advice and ideas, even if Horace is not credited for them.

And thinking about Kerouac and a possible connection with Horace required me to read and explore both. I always appreciate any opportunity to again read some of my favourite Roman poet’s works, this time while also reading another author I’ve long admired. Time well spent, methinks.

* Titled, To the Memory of my Beloved, the Author Master William Shakespeare, and what he hath left us. You can read the original here. Jonson wrote in reference to Horace’s observations that great writers work hard at their craft, they are not merely born with the talent (inspiration must needs sweat):

Yet must I not give Nature all: Thy Art,
My gentle Shakespeare, must enjoy a part;
For though the Poets matter, Nature be,
His Art doth give the fashion. And, that he,
Who casts to write a living line, must sweat,
(Such as thine are) and strike the second heat
Upon the Muses anvile : turne the same,
(And himselfe with it) that he thinkes to frame;
Or for the lawrell, he may gaine a scorne,
For a good Poet’s made, as well as borne.
And such wert thou.

This is also discussed in greater depth in Jonathan Bates: The Genius of Shakespeare (Picador, 1997), pages 26-33.

The Horatian platitude is usually given as “instruct and delight”, but sometimes as “instruct or delight”. The first reading implies that all literature must be instructive. A related ambiguity is that “instruct” might be better translated as “help”, “advise”, or “warn”. Horace repeats this maxim in different wordings: “Aut prodesse uolunt aut delectare poetae aut simul et iucunda et idonea dicere uitae” (The poet wishes to benefit or please, or to be pleasant and helpful at the same time), “miscuit utile dulci” (a mix of useful and sweet), and “delectando pariterque monendo” (delighting and advising).