No one gets out of here alive. We all die. And with us go into the dustbin the dreams, the values, the ideals, the culture we grew up with, we shared, we ensconced in our daily existence. And the clutter we accumulated during our lives.

Elvis has left the building and, sooner or later, so shall we all. And as we do, the value of our own material legacy will diminish with each day.

A recent story in The Guardian tells of how once-treasured Elvis memorabilia is falling in value, as collectors age and die off, leaving a younger generation to sell it off at bargain rates. A younger generation not imbued with the Elvis worship of their parents or grandparents, not prone to spending income on his waning memorabilia. They want none of this: taking on Elvis is cultural appropriation.

I imagine a grey-haired, Beatles-besotted relative chortling with some internal “I told you so” glee as he or she puts the late collector’s Elvis collection onto eBay. But their time will come, too.

It’s a very Buddhist lesson on why we should not become attached to material things. Despite our passion for them, despite our sense of connection between them and the stages in our lives, as in the George Harrison song, all things must pass. Even Elvis is transient.

The Beatles’ generation, coming so quickly on his heels, scoffed at Elvis, much the same way The Clash generation scoffed at the Beatles, the same way the Beyoncé generation scoffs at The Clash. Pick a pop movement, a fashion, a theme, a style, a fan base: from its lofty temporal perch someone looked down on someone else’s movement. It was ever thus; even Shakespeare fell from grace after he died. Tastes change, new generations come to maturity and power, new technology and new politics come into play, changing the conversation. Today’s pop culture fades into tomorrow’s nostalgia, takes on a patina of kitsch even while we fondly recall it.

I remember a set of plastic figurines of the Fab Foursome made for sticking into a birthday cake beside the candles. They originally sold for a dollar. Then as the Foursome’s star rose, they sold for dozens of dollars. When they ascended into musical mythology and eBay arrived, it was hundreds. Yet they too will join Elvis memorabilia in yard sales, as those of us who lived then pass away. Already children ask, “Paul who? John who?”

Who will pay more than pocket change for a souvenir of Al Bowlly these days? Who has collectible nostalgia for Rudy Vallee? Ruth Etting? Paul Whiteman? Guy Lombardo? Bing who? 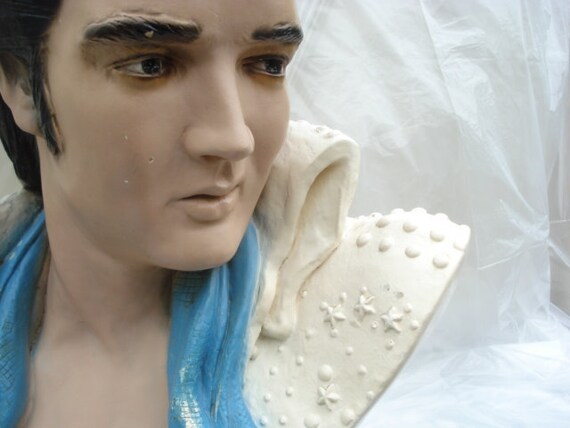 I was recently listening to an anthology of folk/protest songs from the early-mid 1960s. All of the songs are music I knew from the salad days when folk was the voice of passionate, engaged poets and songwriters. Now it’s quaint; the issues, the politics, the passions, the performers all but forgotten. Try to explain We Shall Overcome to someone raised on The Spice Girls. When is the last time anyone aired the Chad Mitchell Trio? Peter, Paul & Mary? The Weavers? Even early Bob Dylan isn’t heard except on speciality internet stations. Pop culture has a way of erasing its own past, eating its own children, relegating yesterday’s themes to the cultural benthos as new currents race above.

I grew up on the cusp of Elvis, old enough to hear him on the radio and see him on Ed Sullivan, but too young to care about his music the way my older cousin and some of my neighbours did. I came to puberty as the Beatles and the British Invasion made their mark and they were my cultural lighthouse. By the time I was a teen playing guitar, Elvis was culturally passé, a somewhat risible figure in B-flicks and corny musicals. I never even imagined collecting anything of his. He didn’t make my heart beat faster, or make me sing along. I danced to the music of those who came later.

Then Elvis died. Fifty eight years old – almost a decade younger than I am now. His death saved him – for a while – from falling into cultural ignominy as younger performers took to the stage to steal the audiences. He gained a sort of cultural/pop sainthood. But even saints have their time. Who today remembers St. Ame? St. Mun? St. Sturm? Who prays to St. MacDuagh today?

For his fans, Elvis created rock and roll on July 5, 1954, when the 19-year-old walked into the studio of Sun Records with guitarist Scotty Moore and bassist Bill Black, and recorded That’s All Right. It has all the hallmarks of a divine gesture, a Genesis tale. in the beginning… yet like life, his music evolved long before, emerging from the paleozoic of the 20s’ jazz into the mesozoic of the 30s and 40s. It’s easy to forget that ancestral tale when you are framed in one era.

Popular culture forms a parentheses around our lives; fences that mark the boundaries of our comfort, our reach and understanding. It matters so much to us when we are young: it shapes us in every way; but its power wanes as we age. The fences tumble. We look outside those borders for our cultural influences. Our tastes change and we age. Sixties’ rebels are listening to Frank Sinatra and Tony Bennett over their dinner instead of The Jefferson Airplane and Country Joe.

Memorabilia is more than just a little mercenary: it’s clinging, a sense of desperation for lost youth. Handgrips to hang onto those memories of when we danced, when we sang, when we made love to the sounds of our idols instead of puttering around with walkers. But too often these material icons are one step, two steps, a dozen steps removed from those they purport to idolize; manufactured in bulk by an industry that markets mass memories for our hive recollection. A million, a billion R2D2 toys press out for consumption.

But still… to see that vinyl platter spinning on the turntable, knowing it was pressed six decades back, that it has spun its music for many ears since, a time machine that connects us to that past, to our individual pasts, letting us share the moment with generations which loved and sang in tune back when the vinyl was new and scratchless.

Music has a collective magic that personal memorabilia doesn’t. I can put in your hand a pebble I picked up at the base of Masada, a piece of obsidian from the volcano outside Tequila, a fossil from the shale at Craigleith, a chip of dinosaur bone from the badlands. They mean nothing to you. I can tell you the stories of how each came into my possession, describe the day, the sun, the journey to find each. The stones will still be cold. But sing a lyric from a Beatles’ song, or an Elvis song, or a Clash song and we can share a connection. Doesn’t matter if you heard it in London when I was in Toronto, in Bangkok to my Tel Aviv, at night to my day, at home or on the road, if it plucked the strings of your being, resonated in you, then we share something of its power.

Mere material things can’t do that. Rare vinyl or not, your precious, collectible record is meaningless to me until you lower the needle into the groove and I can hear the music that I also heard back then. Jailhouse Rock. Ah, a song I know. Something I put into context, even if it’s not my generation, my pop culture, the sound has resonance that will survive and continue even after the passion for the memorabilia has faded.

Elvis isn’t alone on the shuffle off the mortal coil of collectibility. He may be today’s epitome of Fifties pop, but he was the surviving tip of the proverbial iceberg. With Elvis goes the rest of the Fifties as the people who lived those years declutter and downsize, or simply shuffle off this mortal coil. They are the last generation to recall Bill Haley and Tuli Kupferberg and know the difference between them. You can still hear Haley and his Comets on retro albums and shows, yet who listens to The Fugs now? Were either of them less influential than Elvis to their peers?

Who collects their memorabilia today? And is it worth anything aside from the memories it spawns?

As the Guardian story notes:

… with many Elvis fans and collectors well into their 70s and 80s, as each year goes by, more are lost. This then floods the market with their wares… The problem is, there simply aren’t enough collectors left.

You might protest that this is the UK and here in the Americas where Elvis arose, he will be remembered longer. Perhaps. But a recent story on WOGL says something similar is happening here:

There simply aren’t enough collectors left to buy all of the memorabilia that’s available. Even Cirque du Soleil’s Viva Elvis show suffered the effects when it closed after just two years, the first in the troupe’s history to close early.

Those of us who have had a grandparent or parent die and had to clean out their home know the tug-of-war between wanting to keep their belongings as mementos of their lives and not knowing what to do with things that are well outside our own tastes and culture. Those ceramic ballerina figurines, Royal Doulton mugs, the pictures and wall hangings, black and white photographs of strangers on vacation, the books by authors they loved but who are alien to us, the garden gnomes, the doodads and tchotchkes. It seems sacrilege to throw them out, even to give them away.

But such is the way of the world. It’s all transient. Hold onto your memories, but not the bric-a-brac.