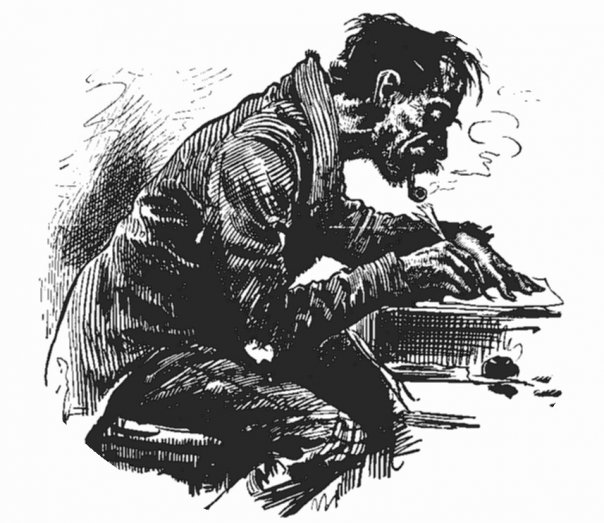 Spoiler alert: the secret to writing well is…. (insert drum roll)... writing. Writing a lot. Every day. Every possible minute you can spare. Writing and writing more and then writing even more. But doing so within a pre-specified limit. Oops…

Now we all know that, aside from some local bloggers and EB columnists, most of us get better the more we practice a thing. Writing – aside from the aforementioned inept exceptions – included.

It means not vegging in front of the TV all night, or trolling the Net for images of the Kardashian’s oversized ass, or scrolling through Facebook streams. It means writing. Sitting down and writing instead of doing a lot of less meaningful but pleasantly mind-numbing things.

That, in brief, is the message in a recent article in The Guardian. Author Oliver Burkeman distills this from his reading of How Writers Journey To Comfort And Fluency, an apparently highly over-priced book by Robert Boice (the reviewer didn’t check to see if Boice had re-packaged his book under a less-expensive format). As Burkeman puts it,

The kernel of Boice’s advice, based on writing workshops conducted with struggling academics, isn’t merely old. It’s the oldest in the world: write, every weekday, in brief scheduled sessions, as short as 10 minutes at first, then getting longer. Reading that, I nearly flung my £68 book across the room in impatience. But that wouldn’t surprise Boice. Because impatience, for him, is a huge part of why writing causes so much grief.

As the owner of a healthy library of books on writing and grammar, and as someone who writes every day, as if driven by compulsion, I can attest to his frustration. Far too many of these self-described experts blather on about what is basically a simple process, and make it both more complex and mystical than it really is: write, write some more, then write even more.

So far, Boice has that right. But he strays from the message.

I take exception at Boice’s advice that writing needs must be strictly time-limited and scheduled as if it were a leisure activity. As Burkeman writes:

This gets clearer when it comes to one of Boice’s favourite tips: when your daily writing time is up, stop dead, even if you’ve got momentum and could write more. Maybe you could. But you’d be reinforcing the notion of writing as a mysterious force, to be harnessed whenever it shows up, rather than a humdrum activity you choose, undramatically, to do. “The urge to continue,” Boice writes, “includes a big component of impatience about not being finished, about not being productive enough, about never again finding such an ideal time for writing.” Stop when the timer goes off, and you’ll build self-discipline. Keep going longer, and you’re just indulging your insecurity.

To which I must respond: claptrap. If the muse moves you, then write more. Write until the ink in you dries up. Creativity is not easily bound by simplistic time frames or restrictive instructions.

There are hundreds of books in print about how to write (and I own far too many of them…). Many of them deal with style, plot and structure. Others deal with the techniques of dialogue, scene and pacing. Some have exercises and progressions meant to take you from a paper patzer to a published author. But most of them are like helium: a gas that makes a squeaky noises in your voice, and carries away balloons, but is gone too soon to make a lasting impact.

Writing is not simply a skill, not just an art. It’s a practice; as much perspiration as inspiration. Like music, painting, sculpture or any sport. Having talent, aptitude and innate skill only takes you so far. The rest of the way requires a lot of work.

You have to learn the rules first: the language, usage, grammar, punctuation and style. Then you have to do it a lot to get better at it, to make your writing stand out; make sense; get read.

You also have to explore and examine what others have done to hone your own style. You need to read a lot, and read what other stylists and grammarians comment on, to find your own style and approach.

And you need to write. Write, write, write. As Tim O’Brien said,

No book ever gets written by thinking about it or going bowling or playing golf. You have to put your butt down and spend many, many hours in front of a computer or a piece of paper, and don’t get up, even if you’re blocked or don’t know what’s going to happen next or you don’t know what the next sentence should be. You’re like a donkey, you just keep plodding. And that quality of perseverance and stubbornness is really important.

All the inspirational quotes in the world don’t equal the simple act of writing. Plod and plod more, but don’;t stop. You don’t have to publish everything you write, so keep plodding until you’re comfortable enough with your efforts to share them. The act of writing should be its own reward.

To be sure, there’s a vast divide between writing fiction and non-fiction. The latter, to be good, requires an understanding and appreciation of fact and data that fiction does not demand. That’s one of the reasons local newspaper columnists are considered lame: they write without such understanding or knowledge. They are simply dilettantes who insert personal ideologies and cant in place of fact, which discredits both them and their newspapers.

Here’s another tip, that Boice may not acknowledge (I have only read the reviews, not his book): let others read your work, especially those whose appreciation of language and style you respect. Find out how they respond, what they read in it, whether it makes sense to them. Read it aloud, too. Reading aloud can reveal a remarkable amount about your pacing, style and structure.

In the end, there’s no real substitute for hard work. Writing, like everything else, requires more than just the hardware to make it happen. You have to work at it.

But it does help to have a passion for writing and to make yours better. Better, at least, than the dreck that appears in the local paper.