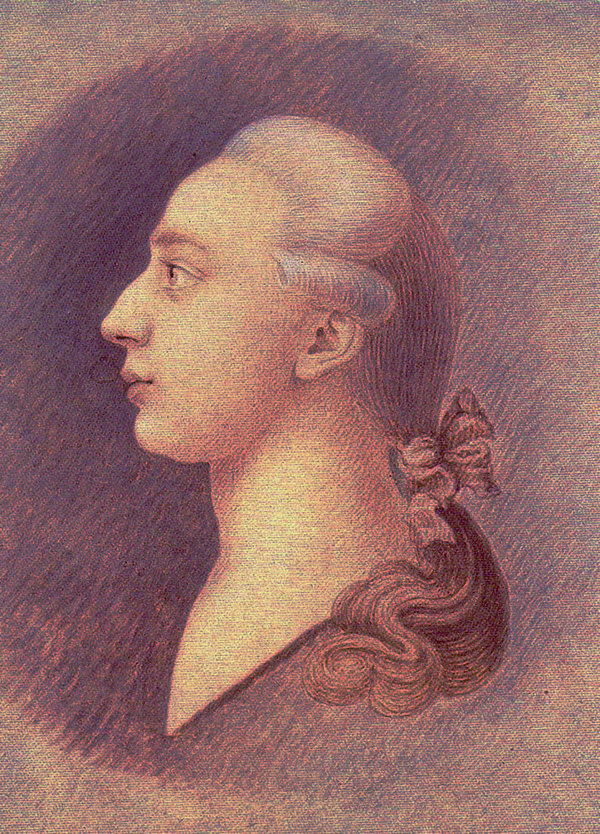 At the end of his long and storied life, Giacomo Casanova found himself a lonely man in a damp, cold castle in Bohemia, a small German kingdom distant from all the places where he had lived and loved. The servants mocked him, making fun of his stuffy, outdated and foreign fashions, his powdered wigs and stiff formality. He is from an older world, a more refined and gentile world than everyone around him, and as the 19th-century approaches, he struggles to avoid becoming a fossil.

Casanova was ostensibly the librarian for Count Waldstein, but instead of cataloging the count’s large library of books, Casanova spent much of his time writing, including his now-famous memoirs. As he himself wrote,

Andrei Codrescu’s novel, Casanova in Bohemia (Free Press, 2002), brilliantly captures the last years of the old libertine; still intellectually sharp, still witty and haughty, still a master of language and storytelling. But if his mind is still active, his body is failing, joints creaking, weary, and mostly impotent (possibly the results of previously having syphilis). The passions that once made his life the stuff of legend — women, sex, food, adventure, gambling — no longer had the power to move him as before.

Although he would write of himself, “The chief business of my life has always been to indulge my senses; I never knew anything of greater importance,” his aged flesh can no longer dance to the sensual tunes of his imagination.*

When a woman asked Casanova what he sought in life, he answered, “A moment that lasts a lifetime.” Less than half a century after he died, Alfred Lord Tennyson would write one of his most famous poems, Ulysses (1833). I suspect the elder Casanova would have understood and appreciated the words Tennyson gave the aged king:

I cannot rest from travel: I will drink
Life to the lees: All times I have enjoy’d
Greatly, have suffer’d greatly, both with those
That loved me, and alone, on shore, and when
Thro’ scudding drifts the rainy Hyades
Vext the dim sea:…

I find Codrescu’s descriptions of Casanova’s final years very touching and evocative, especially since my prostate surgery. I sit in my room, surrounded by my books, pecking out these pieces on my laptop, remembering my own salad days, and feel more than a mere casual connection with the old Venetian. I’m only a couple of years short of his age when he died.

I think it’s not very far from what many of us my age feel (or, as the flesh weakens, don’t feel). The aged Casanova recalling his halcyon past becomes a symbol for all seniors.

In the novel, Casanova — or to be formal: Giacomo Girolamo Casanova de Seingalt, as he called himself — knows all too well he is in his final years. He feels the weight of his flagging flesh pulling him towards the grave, but he resolutely resists. He wants to share his stories, his opinions, his visions, his life through one of the last talents he has that remains undiminished: writing. He writes fiction, essays, and many letters. Casanova was a prodigious writer:

And, after several false starts, he begins to write what would prove one of the most memorable diaries of the 18th century: Histoire de ma vie, or The Story of My Life (aka The Memoirs of  Giacomo Casanova), a 3,500-plus-page, 1.2 million-word masterpiece. Although he was born a Venetian and spoke several languages, he wrote in French.

Sadly, time was not on Casanova’s side. Born in 1725, he died in that castle in 1798 but had only managed to write the story of his life until 1774. His final 24 years can only be told in the words of others; scholars, aficionados, and biographers who would piece it together, but only many, many years later.

In the centuries that followed his death, Casanova’s diary would be bastardized, edited, censored, and falsified so that what the public read was far from what Casanova had written, or intended. His rich descriptions of customs, art, music, food, politics, and clothing, his encounters with Europe’s nobility, his travels  — to France, England, Russia, Poland, Spain, Naples, Turkey, Germany, and elsewhere —were all subsumed into a titillating story about his sexual conquests. His name would become a metaphor for licentiousness. Yet Casanova’s diary gives us perhaps the most extensive picture of European life in the 18th century and is unmatched for detail except perhaps by the earlier diary of Samuel Pepys.

It wasn’t until 1960 that the original manuscript — minus some lost material — was reprinted. Four lost chapters were replaced by heavily edited and censored material from an edition published in the 1830s (which was derived from the originals).

An English edition in hardcover was released between 1966 and ’71, bound in six volumes, translated by Willard Trask. At last, we could read the full, uncensored story of Casanova the philosopher, the spy, the alchemist, the kabbalist, the actor, the gambler, the escaped prisoner, the writer, the mathematician, the historian and translator, the lover, the epicurean, and the traveller. No longer was Casanova perceived as a shallow, self-aggrandizing hedonist and lothario. His true depth and talent were finally visible.

That 1960 edition led to the rise of Casanova scholarship, with hundreds of academics and laypeople scouring historical records to identify the people and places he wrote about, who travelled the routes Casanova took, who looked for evidence that what he wrote was real, not merely fiction or fantasy. The Trask edition has extensive annotations, footnotes, and illustrations from their findings to document Casanova’s claims and descriptions. And more details have come to light in the sixty years since its publication, confirming the veracity of the work. Writing from his remarkable memory, Casanova made surprisingly few slips or mistakes in his recollection.

I bought my copy of Trask’s translation in the mid-1970s and it still sits on my bookshelves. I opened it again only recently after reading Codrescu’s delightful and moving novel, which, though fiction, is full of historical details. I found I had left off my reading late in volume VII, and so started reading again from that point (the first four chapters in volume VIII are those missing and replaced with the bowdlerized text).

I also dug out some of the various biographies of Casanova I’d accumulated over the years — I’ve been reading them since the late ’70s — to read again about his marvellous, exciting life. Here’s a man who rubbed shoulders with European nobility and popes, created a libretto with Mozart, argued philosophy with Voltaire, met with Benjamin Franklin and Frederick the Great, invented the French national lottery, and then saw the French revolution destroy his dearest lover and her family. If you’re not familiar with his story, it’s worth your time to learn more.**

Andrei Codrescu’s novel, Casanova in Bohemia, is highly recommended for anyone who enjoys historical fiction of that period, but also as a good read about the pains and pleasures of growing old after a well-lived life.

* Or in a more recent Penguin translation: “Cultivating the pleasures of the senses was my principal concern throughout my life; none, indeed, was ever more important to me.”

** There was a six-part BBC dramatized series about Casanova’s life, starring Frank Finlay starring, that first aired in 1971. A bit dated by today’s standards, it was a fun series to watch at the time. However, it’s quite ahistorical, and based more on the imagination and biases of writer Dennis Potter than on the diaries.  Casanova, a 1976 movie by Frederico Fellini and starring Donald Sutherland, is also available on DVD, but I thought it was a poor caricature that lacked depth and understanding; more tragi-comic than historical. A 2005 BBC three-part serial, starring Peter O’Toole I have not yet seen. There’s also a 2007 movie called Casanova starring Heath Ledger, but it’s really more like a remake of a 1954 Bob Hope/Joan Fontaine film called Casanova’s Big Night. All are available on DVD.