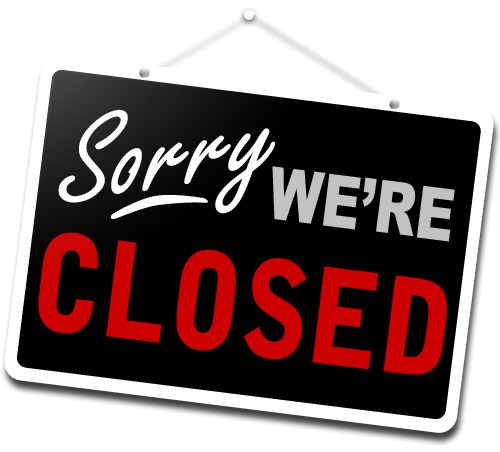 Closed: that’s the message Collingwood Council sent to business during its recent budget discussions. We’re making it more expensive to run a business here, and by the way, we’re hostile to seniors and low-wage earners, too.

Under the tissue-thin pretense of keeping taxes low (which they aren’t, really), council approved a staff initiative to remove the costs for maintaining hydrants from the general tax levy and add them into your water rates – where they will do the most harm.

Councillor Madigan made the motion to take the costs from the fire department’s budget – where it has traditionally been, which means it came from property taxes, and dump them on your water bill. Other councillors who had previously resisted this move were suddenly turned into nodding bobbleheads, voting as staff directed.

Only a courageous two – Lloyd  and Edwards – voted against it.

These hydrant costs represented approximately 0.5% of the existing property tax levy and would not have increased taxes because they have always been calculated into our taxes. Now it will make your water and sewage rates go up by 5.8%!

An alleged tax saving that shifts the costs onto utility bills is NOT a savings at all: it’s an expense.

For renters, this means a huge increase in their utility costs. Rental rates are controlled and kept low by provincial legislation. Utility rates, however, are not. This will make living here much less attractive, and less affordable for anyone who rents.

So the people most hurt by this move are seniors, people on fixed incomes, low-income earners and the many people who rent their home. This is a remarkably hostile blow towards a large and vulnerable percentage of our population.

And it’s a double blow against business and industry, since they pay the lion’s share of water costs. It just makes it more expensive to run a business in Collingwood and will further deter industry from relocating here. Workers and businesses get hit at the same time.

This comes at a time when businesses are already struggling and Canada’s economy is in trouble. Retail chains are closing and more are slated to close. The governor of the Bank of Canada, Stephen Poloz, recently warned that “…the first quarter of 2015 will look atrocious…”He added that Canada’s economy was unlikely to meet even the scaled-back predictions and hinted the bank could implement “extraordinary measures” – which suggests a significant increase in interest rates. He called our economic outlook “atrocious.”

So much for trying to attract more of them to this town. Close the business doors, I guess Council doesn’t want anyone else to come in. And maybe it wants those already here to leave by making it too expensive to operate economically. Attrition by user fees.

But here’s the kicker: there’s no indication that money moved from taxes will actually be removed from the fire department’s budget: it seems like it will be kept there and used for other purposes (maybe that new pumper truck that’s been requested the past few years?). So it looks like the money will stay on your taxes AND your water rates will go up!

So you get punched twice.  Thanks, Councillor Madigan.

At the same time, council has approved a 2.25% salary increase for municipal staff – already among the most well-paid workers in town, indeed within all of Simcoe County.  Yet the Consumer Price Index stands at only 1.5% – why are they getting so much more than the rate of inflation? Keep in mind how many of them are already on the Sunshine List. Do they REALLY need the extra cushioning every year?

Curtailling that salary increase for a year would have meant that water rate increase wouldn’t happen. But no, council prefers to reward staff – whose initiative this is – and at the same time punish seniors and those residents who already have a hard time making ends meet.

Ah, but you know of course that council’s own salary is also tied to staff increases, so what council was doing was giving themselves a pay raise when they hiked staff wages. Councillor Lloyd’s attempt to freeze council salaries was also rebuffed. So much for accountability.

But wait: it gets worse. At the same time, the majority of Council approved giving Councillor Jeffrey an additional $40,000 of your tax dollars to fly around Canada pursing her private political ambition to get back on the FCM board. Benefit to Collingwood: none. Benefit to Councillor Jeffrey: free airfare, free meals, free hotels, free car rentals as she gallivants across Canada. Her travel and schmoozing paid for by you, the taxpayer. Keep that in mind as you peruse your new water and tax bills.

Jeffrey also voted to boost her own expenses by 250%, which strikes me as a move of dubious ethics and morality. Not to mention the county is already looking to get its own seat on the FCM board to represent the whole region, so even if she does get back, she will be redundant.

Also keep in mind Council approved the admin’s increase in ‘contingency’ costs from a mere $5,400 to $50,000 this year – as staff recommended, but refused to explain. And council approved boosting advertising costs from $67,000 to $80,000 for no reason (last term, we cut those costs – now they’re going back up – but we didn’t have two councillors who earn their living through advertising commissions at the table…).

And then council approved putting almost $1 million into park upgrades without having a strategic plan in place (that fabled strategic plan we were promised within the first 90 days…).

But when these and other costs were challenged and explanations demanded, staff shut down the discussion. Councillor Lloyd was not allowed to ask questions in public about specific expenses. So much for openness and transparency!

Staff rule this process and they get their own way because most of those at the table are their pet bobbleheads. The majority of Council meekly abdicated its responsibilities to oversee how staff spend your tax dollars and raise your taxes.

Too bad there was no local media reporter to cover what was perhaps the most important meeting this council has yet had.