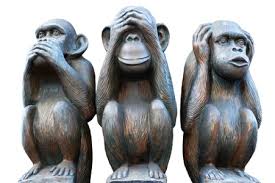 The first thing you’ll learn is that these two new members attended their first board meeting three days before the public was allowed to even know who they are, before they were publicly confirmed as board members. How’s that for openness and transparency?

Like everything The Block has done this term, it’s sneaky and underhanded. You’re no longer surprised by that, I’m sure.

And then, the interim CAO says he’s “pleased to announce” that. Gawds, what arrogance.

At 1:37:10 the interim CAO called these two “highly qualified” but no one in town could confirm that because these two strangers were appointed in a secret, closed door meeting to avoid public scrutiny. We – the collective owners of the utility – were given absolutely NO information about their qualifications or why they were chosen (thankfully the Connection did some investigative reporting to find out what little we know).*

At 1:38:10 Councillor Fryer asks if the Ontario Energy Board “will be notified in light of the OEB investigation into the current board structure?” As you already know from previous posts, the questionable practices of this council and administration are already under OEB investigation. The change in the board was likely made to try to avoid being chastised publicly by the OEB for violating their rules, but it won’t work. I expect complaints about these latest appointments will also be filed.

Don’t you think it would have been wiser to consult the OEB about your pending change before you did it? To make sure you didn’t break the law or violate their policies again?

At 1:38:17 Councillor Lloyd speaks up. At 1:38:45 he asks the question staff and The Block don’t want made public: “Was every effort made to replace the board members first by… residents of this community?” Rhetorical, I suppose, because we already know the answer.

At 1:39:07 the interim CAO fumbles the question over to the Clerk. The Clerk is also an out-of-town resident on the board – doesn’t she have a conflict of interest speaking to the issue because it involves her position, too? If so, apparently it didn’t trouble her.

At 1:39:15 the Clerk confirms that, yes, the recruitment policy (the one she helped write and is supposed to follow) does require people to be residents in town in order to sit on a local board or committee. But what are policies, what are bylaws, or proper process to this cabal? So she hides behind the Ontario Business Corporations Act. And you know already what I think of that hypocrisy.

She also tries to slough it off as being “just for this transition period” which we all know is claptrap. The Block, after spending more than $500,000 on its witch hunt and vendettas, are planning to sell our share of the utility, so the “transition” period is really until the board is dissolved by the sale. And in the meantime, get used to paying for the expenses to do so and the hefty additional costs that will follow the sale.***

At 1:39:48 Lloyd reiterates: “Was every opportunity given to people that do reside in this community before these people were brought to us, two weeks ago?”

At 1:40:00 the interim CAO blusters, attempting to justify the secretive practices his administration and The Block have pursued this term. And at 1:40:13 he admits there was “not a local competition.” And then he claims that not following the bylaws and policies was “not consistent with council’s direction…”

Of course, since all of this was discussed behind closed doors for the past two years, the public has no way to determine whether this was the interim CAO’s direction, council’s, a lawyer’s or someone else’s. We have not been privy to any of these secretive discussions about the future of OUR utility in two years. This is a full-blown betrayal of the public trust.

If appointing your friends – or anyone, for that matter – in violation of our policies, secretly and without public input or application, to a local board isn’t corruption and conflict, if all these secret deals and conniving in back rooms over public assets isn’t corrupt, if pursuing private vendettas over the public good isn’t corrupt, then I don’t know what is.

* Compare the known and public qualifications of the original board: David McFadden, experienced, well-respected throughout the provincial electrical sector and recently appointed to sit as chair of Toronto Hydro; and John Worts, long-time local businessman, pilot, volunteer and pioneer in alternate energy technologies. McFadden “resigned”, citing a “dysfunctional relationship between town administration and the company” according to his letter, in June. It’s common knowledge that the two board members were bullied out to allow The Block to put pet staff members in their places – two of whom didn’t even live in town – to further their ongoing witch hunt. Mayor Sandra Cooper, the third board member, has been in local politics around 20 years. Her removal by The Block signalled the first time in Collingwood’s history an elected representative did not sit on our electricity board.

** The interim CAO didn’t say who nominated them or explain why the town circumvented our bylaws, but told the Connection that “…the town worked with its legal firm to find the individuals.” That’s the same firm the nominated lawyer works for, so isn’t that a conflict of interest to recommend one of their own? Or at least double billing? It’s also a fair guess that Mark Rodger, the lawyer who is overseeing the sale of our share, was involved. These new board members will have a say in the sale of the utility and if they were recommended by Rodger, that looks to me a massive, Everest-size conflict of interest. Will any of them get a commission from the sale, just their hourly fee, or both? Either way, the OEB and the police should investigate when public funds are involved.

*** Remember that annual $750,000 savings the interim CAO promised? Well, removing the water utility (done by The Block, without public consultation, in 2015) and separating IT (a Barrie firm has been hired to take over at undisclosed cost or public input, in 2016) from the service agreement (all done in secret, of course) will cost us more than $500,000 more a year, plus we’ll lose the $216,000 annual rent on the property when PowerStream leaves next year, and we won’t get the ~$200,000 dividend every year… expect this witch hunt to cost the town much MORE than $1 million a year for services that were previously handled by the shared services agreement for a pittance. Plus the cost of the witch hunt itself will come close to $1 million by the time this term is over. Screwed by The Block. Again.