In his latest post, fellow blogger Chris Potts opines on our council’s misogynistic bullying of former councillor Tina Comi that resulted in her resignation from the toxic environment in local politics. Potts calls our council a train wreck, noting:

…my true opinion of this council and the only thing that comes to mind when I think of them is “Train Wreck”.
Over the past months, we continue to watch the same crap day in day out, absolutely no leadership at the top, and to be honest, there really hasn’t been much leadership from the entire group.

While he is absolutely correct about the lack of leadership, I’m not sure that his comparison is fair to train wrecks.

I think it gives train wrecks a bad name to be compared to our council. Trains have momentum, energy, and direction, none of which this council has shown since it was sworn in. Trains are going somewhere; they have a destination, they don’t just meander along looking out for themselves and ignoring the community.

Could a train wreck be considered petty, greedy, corrupt? Would you chance upon a train wreck and consider it puerile, boorish, or lacklustre? I doubt it. Train wrecks may be tragic, but they can also be spectacular and newsworthy. Even our sycophantic local media wouldn’t call our insipid council spectacular, and much of what transpires in council meetings isn’t considered newsworthy by the flaccid standards in local media.

No, as much as I like the picture it creates, I don’t think train wreck quite fits.

I lean more towards dumpster fire as a better metaphor. Dumpster fires conjure the image of waste so toxic it self-ignites; dumpster fires are odorous, greasy, fueled by garbage that, in the end, no one is sad to see burnt.

To be fair, one cannot correctly label Mayor Saunderson and his Gang of Six the worst council in Collingwood’s history. To do so you really need to be a local historian who has perused the library’s archived media reports since the 1850s, and weighed the acts and behaviour of councils over the past 164 years, charting them meticulously for one-to-one comparison. No, I think it better to be fair and simply say they are the worst council in living memory.

And for me to be honest, I can only say they are the worst council since I have lived here, a mere 32 years. That leaves a potential 132 years in which there might have been a worse council of which I am not aware. Of course, as my grandfather used to say, “Sure pigs may fly, but they make damned unlikely birds.”

Having served on the council under the mayor who was, at the time, widely described as the worst mayor in our town’s history, I can confidently say our current mayor is worse. At least the mayor I served under occasionally showed some leadership and pride in the community; talents not seen at the table this term. And that former mayor never tried to get out of the responsibilities he was elected to shoulder.

Potts obliquely comments on the complaints Saunderson and his Gang of Six filed to the town’s integrity commissioner after Comi’s 11-year-old child interrupted a council training session at which no confidential information was being discussed (and should have been held in public). Potts wrote: 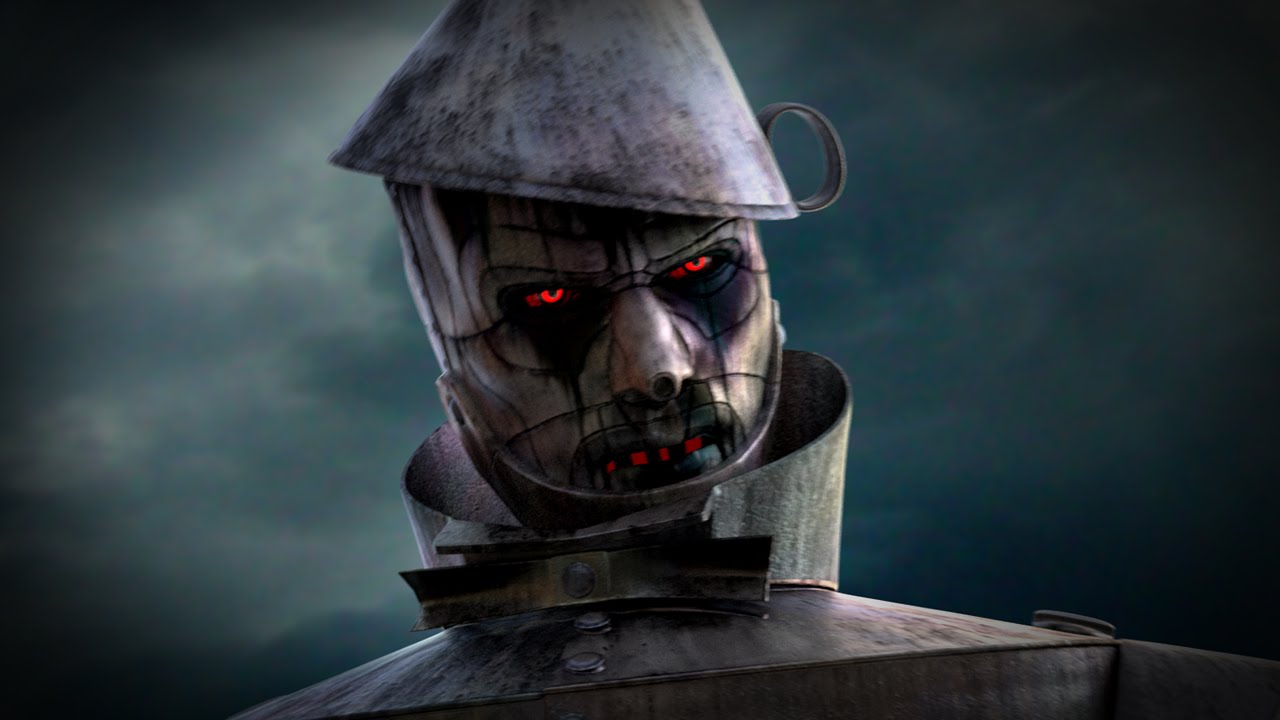 Having a heart, Chris, is something our collective gaggle of tin men/women at the council table evidently lacks, so they feel no shame whatsoever in behaving like bullies. A heart would give them compassion and empathy. A heart might make them care about something other than their own interests (and giving themselves raise after raise after raise). I think If I Only Had A Heart might easily be council’s theme song:

And to maintain an apt metaphor, dumpsters do not have a heart, either. But then nor do they have brains and spines, so our Gang of Six might easily fill the roles of the Cowardly Lion and the Scarecrow as well.

Maybe what Collingwood needs is a musical parody of The Wizard of Oz where our mayor swoops in from above and drops a house on Councillor Comi, then skips off down the Yellow Brick Road to Queen’s Park accompanied by the six heartless, brainless, spineless companions who dance and sing him on his way. That still leaves the role of the Wicked Witch, which seems adequately filled by our oft-smirking harridan at the table. And what about the Munchkins? And who is that man behind the curtain pulling all those levers?

But thank you, Chris, for adding your voice of criticism to our council’s shameful act of betrayal and jealousy. Mene, mene tekel upharsin: our council has been weighed in the balance and found wanting. All we can do is wait for the election to throw them all out, and hope the damage they continue to do is not irremediable.