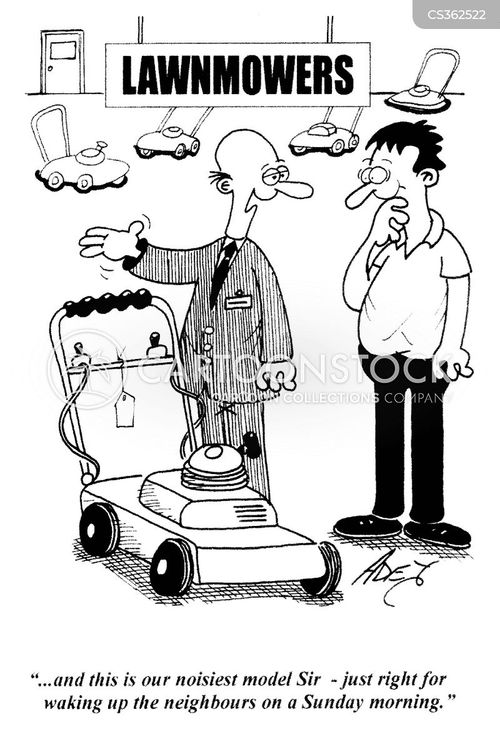 Collingwood council – dominated by The Block – has voted to cripple the booming construction industry in town. A bylaw passed this week prohibits, “…operation of construction equipment to Monday to Friday from 7 a.m., to 7 p.m.” according to a story in the Connection.*

This means The Block have really put a damper on construction, making it even more difficult for developers to get homes finished on time, hurting the workers who depend on those jobs, delaying new home buyers from moving in and creating yet another liability situation for the town.

This deals with major development, and equipment used in connection with construction projects on developments not assumed by the town, or on property where site plan development was approved.
Residential construction, such as building a deck, is limited from 7 a.m., to 7 p.m., Monday to Friday and 8 a.m., to 4 p.m., on Saturday. This construction would be prohibited on Sunday and holidays.**

So it’s okay to build a deck, run a noisy lawnmower, leaf blower (a particularly annoying offender) or a chainsaw in your backyard, but not run a quieter backhoe or grader. Apparently to The Block a homebuilt deck or a leafless walkway is so much more important to the local economy than, say, a 100-home residential development that provides a few hundred jobs.

This comes from the same people who didn’t know what a dividend was,  said comparing equivalent municipal jobs with the same titles was apples and oranges, and didn’t understand that a levy on property tax is still a tax increase. Even simple economics escapes their grasp.

This anti-development assault was launched in January when Councillor Madigan made a motion to prevent the Eden Oak development from getting any more approvals until he and his cronies first approved them (none of whom have even a whisper of a hint of knowledge about planning, the Planning Act, site control, development, stormwater control, construction, building or industry). I wrote about this anti-business nonsense and the liability it gave the town back then. Of course, the entire Block hivemind voted for it.

Both that motion and this new bylaw are simply sops to a small NIMBY group in the nearby neighbourhood – the same area where Madigan and his in-laws live (and maybe another councillor’s brother…). Catering, of course, to the last tiny pocket of Block supporters whom The Block have not alienated, angered, offended, insulted, overlooked or severely pissed off. A few dozen people managed to hobble the entire town’s commercial construction and development industries for years to come.

This bylaw prompted an angry letter from the Georgian Triangle Development Institute – the GTDI, which, “…represents one of, if not, the largest Industry and group of Employers in the Town of Collingwood.” Its president, Kenneth Hale, wrote to the town that,

…since this prohibition only first appeared in Staff Report on April 9, 2018 and set for Council consideration on April 30, it would appear the Town is not concerned about engaging meaningful discussion with one of the Town’s largest Industries and Employers.

The Block engage in meaningful discussions with anyone outside their own cabal? Loud guffaws all around. They have not engaged ANYONE this term about anything meaningful (aside from the chequebook lawyers and consultants they hired to tell them what to think…). They didn’t call for public consultation on the sale of Collus, the sale of the airport, on killing the hospital redevelopment, on killing the airport development, on breaking the shared services agreement, separating the water utility, the negotiations over the water pipeline to New Tecumseth, their conspiracy theory judicial inquiry or any of their community-destroying attacks – why would they start now?

Why would they want to consult with employers, industries, businesses or builders on anything? They’d have to operate in the open, not behind closed doors, and communicate with residents – two activities long proven antithetical to their behaviour. Easier to simply bloviate and make new laws without wasting any effort to think them through.

Hale asked several questions based on a letter from the institute’s lawyer he included in his email to the town (emphasis added):

In case you don’t know, ultra vires is a legal term that means “beyond the powers.” In other words, the municipality does not have the power to write a bylaw that supersedes provincial law (same thing applied when Saunderson promised to write a conflict of interest bylaw that superseded the provincial law). A lawyer would realize what ultra vires means, at least one who actually paid attention.

And it’s not about volume: there’s nothing in the bylaw about decibels or volume, no suggestion of testing the audible impacts of construction equipment versus home equipment, no relative noise factors to consider. You can still have a Harley with straight pipes that rattle windows, play rap music in your car at ear-shattering volumes, or drive around with a broken muffler on your pickup to annoy residents. The Block don’t really care about noise or its effects: this is all about killing construction, in particular sticking it to the people building Eden Oak.

Plus, The Block rushed this whole thing through in order to avoid any possible comment or opposition. Like true authoritarians, The Block dislike dissent and openness. As Hale writes,

…the timeline from advisement of Staff’s recommended option and Council consideration is impossibly tight. Further, this letter will serve as notice to the GTDI Membership of the Towns impending agenda.

So The Block can be sure that every member of the GTDI knows what The Block are doing to hurt their businesses and employees. And not just in Collingwood: the GTDI’s own website says their members include, “developers, builders, contractors, suppliers, planners, engineers, real estate firms and related industry businesses within the Georgian Bay area.” But I suspect most of their members are already aware of The Block’s anti-business, anti-development ideology after the debacles of the past three and a half years.

Who said Collingwood was closed for business? Well, pretty much everyone these past three and a half years during which the town has stumbled and bumbled from one crisis to the next, under the inept leadership of Saunderson and his Blockheads. This is just more proof why they all need to be turfed next election.

~~~~~
* If you live in the west end, you’ll probably have to read the story online because at least in our part of town on several nearby streets we received the Stayner-Wasaga Sun instead of the Collingwood Connection. Another shining example of the paper’s quality control, I suppose. Distribution is as erratic and clumsy as their editorial content. I hope they repay Collingwood advertisers (including the town) who paid for promised Collingwood coverage. Quality R Us…

** I know, I know: the passive voice, bloated phrases like “in connection with” instead of simply “by.” Cringeworthy copy that a competent editor should have caught.