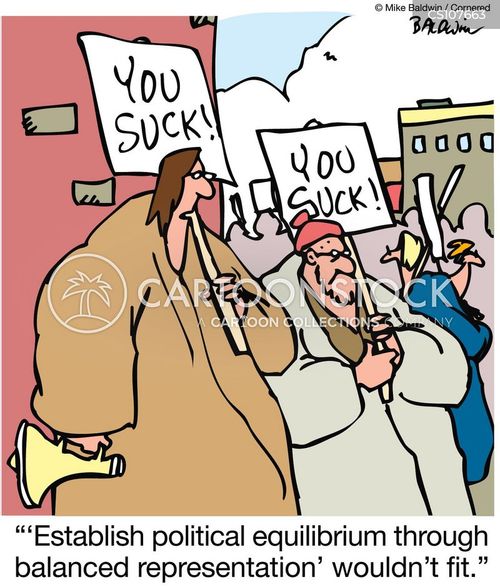 Recently, I’ve been told that what this town needs is a new citizen’s action group. I imagine it will be a group of residents concerned that the precedents set by the last council might spread to this one. That’s clearly a worrisome trend to some folks. Like progress, good ideas must be nipped in the bud.

What this town needs, it seems, is a group of citizens who will eagerly file OMB challenges to stop any chance at growth, development, prosperity and jobs before they become endemic. Citizens who will fight to retain our brownfields, to ensure we have store closings, half-finished developments and the slow withering away of the downtown.

Citizens who want the town to work aggressively against businesses, event promoters and developers for the long-term failure of this community. Citizens who demand council be at loggerheads with anyone who wants this town to grow and prosper or, gods forbid, open a business here. Scare them away. Close the door and keep them out.

So I’ve been thinking about what we might call this group and the causes they might stand for (and against). I’ve come up with a few ideas, based in no small part on reflecting on the groups that masqueraded as ratepayers’ groups in our past:

CARE – Citizens Advocating to Repeal Everything. In the next four years this council has plenty of time to revisit every decision the last council made – and I’m sure the bigger decisions will come back to the table in short order to be reverted or repealled. But why stop there? Why not repeal the whole Official Plan so we could remake the map of Collingwood from scratch? This group would be dedicated to the proposition that, just because a decision made by the last council wasn’t wrong or improper doesn’t mean it can’t be changed. It might even go right back to repealling the town’s name and changing it back to Hens & Chicken Harbour. One might even think the majority of this council already belong to this group.

I had thought to call this RDROEDDFP – Residents Determined to Re-Open Every Damned Decision From the Past  – but it’s too hard to remember.

CIFOSG – Citizens In Favour Of Stopping Growth. Perfect for everyone who wants to see Collingwood stop growing and prospering. Want a vibrant downtown and new opportunities for employment? Go somewhere else. We better start losing industrial jobs like we did before last term. And we need to curtail the retail, service and hospitality sectors, too. The last thing this group wants is a strong economy and jobs, so it will advocate to halt all  development that supports those sectors. As a side cause, this group will petition the province to turn the Shipyards back into a brownfield. This group already has a headstart by having some local bloggers onside.

CIOFBSGL – Collingwood Isn’t Open For Business, So Get Lost. A group concerned about the pro-business messages sent by past council decisions, and instead will try to decrease the positive impact they had on growth, investment and development. Taxes and utility rates must increase to deter business. This group will work tirelessly to convince council that chest-beating and high horses are always the best way to present the political agenda, and that compromise and cooperation with business people are poor tools for getting re-elected.

RCTNI – Ratepayers Closed To New Ideas. Fervent believers in the saying that a closed mind is a good thing. The group will actively promote blocking new ideas, procrastinating while plans are being made, hiring consultants instead of thinking and increased emphasis on the minutiae of procedure. All business applications and forms will be increased in size and complexity.  Councillors who suggest exploring different directions instead of pushing the block agenda will be ostracized. The group’s motto will be: better to regress than progress.

NOMWF – Not On My Water Front. A citizen’s group dedicated to closing the waterfront to present and future development, rewriting the Official Plan so the whole area is zoned recreational, then expropriating all the private property and bulldozing it so it can be turned into a park. The harbour will be cleared of all motorized vehicles, docks removed and only paddlers and rowers permitted to use it. Everything within 500 metres of the water will be flattened to ground level to improve the sight lines, unless it’s in the mandatory heritage district.

HUA – Heritage Uber Alles. The goal of this militant group will be to extend Collingwood’s heritage district to the borders of town. Not a single building will be exempt, even down to yard sheds, garages and chip wagons. No renovation or restoration will be allowed unless it meets every condition listed in the revised, 927-page guideline document. Every new construction will have to look like one late-19th century home randomly and secretly chosen by the heritage committee, but not revealed to developers or property owners. The committee will only meet to consider applications once a year on a night chosen in secret, at an undisclosed time and location. Attendance is mandatory for applicants.

TSIASS – Three Storeys Is A Skyscraper. In order to prevent developers from building anything modern or tall, this group will fight every proposed construction three storeys or higher by taking the developer and the town to the OMB. Might be formed as the paramilitary action subcommittee of HUA.

LTYRE – Let the Y Run Everything. A group whose sole goal is to turn over all town facilities and departments to the YMCA to operate or oversee. All revenue from those operations will, of course, go to the Y instead of town coffers. Any operating shortages or expenses will be paid by taxpayers. Periodically the group will host outdoor protests in front of town hall, with signs saying “Do it once, do it right.”  Some members of council may already be holding these meetings in camera.

WDNNC – We Don’t Need No Culture. A group to advocate for the end to all town events and activities and prevent future funding. Instead, the group will demand that the money saved from events be given to Councillor Jeffrey  (AKA Senator Kathy) so she can extend her political junkets from merely flying all over Canada at taxpayers’ expense to all over the world. First class, of course, because they don’t want her to suffer the indignities of cold camembert and broken crackers.

DDAWOAP – Don’t Do Anything Without A Plan. Dedicated to having council avoid decisions. Councillors must stick to resolute inaction by calling for staff reports, hiring consultants and creating an endless series of “plans” devloped by unqualified supporters that can be used to stymie any progress or growth. Procrastination should be the first and only choice when council is presented with the need to act or decide. And the group will hold pre-meetings to plan for the plan.

CRASS – Citizens Repulsed by Assaff’s Superior Structures. A group that will file an OMB challenge to every building the developer proposes, and if he erects one anyway, they will post nasty comments about it and him on social media, write angry blogs, make unfounded allegations and hold their breath until they turn blue in the audience at council meetings.

CDMM – Councillors Deserve More Money. Hot on the trail of this council giving itself a raise while simultaneously hiking your taxes to pay for it, this group would encourage councillors to up the ante to 10, 20 even 50 percent increases at the next budget. Why not aim for 100 percent? After all, it’s only money and taxpayers have an infinite supply of it. Some members of council are already charter members of this group.

BBCC – Bring Back Chris  Carrier. A group determined to tar and feather the current mayor, ride her out of town on a rail, and crown the former mayor as King of Collingwood. A guillotine will be erected in front of town hall to take care of the opposition and a throne will be erected in the council chamber for him to oversee town business. The town’s motto will be changed to “L’Etat C’est moi.”

These are just a few ideas for concerned citizens to bandy about and consider. Don’t worry about giving me any credit, should you wish to organize under one of these banners.

Of course, I could personally create my own political action group, fluff it up with some hot-button issues to rile a few folk and gain media attention, call the OPP to investigate some trumped-up charges, throw in a spurious OMB challenge every now and then, march in front of town hall with a sign demanding we “inpeach” council, and slyly use it to assure my re-election in 2018, but that seems a little crass even for a politician. I think I’ll leave it to the citizens themselves to come up with something less cynical.