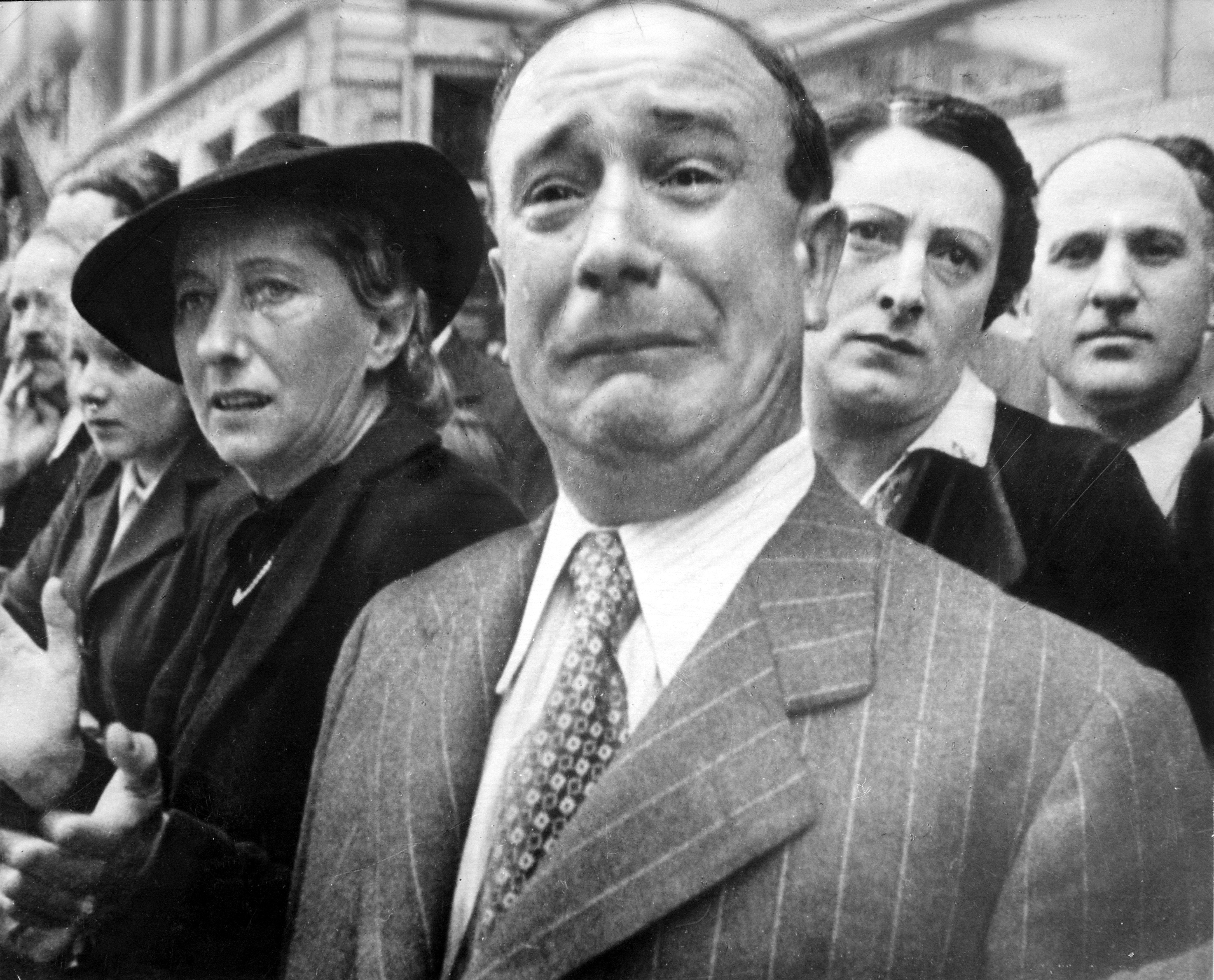 Dear United States of America and my American friends:

While I am sorry for your loss on election night, I’m afraid, however, I cannot agree to open the border and let you flood in. Canada is a country, not a convenience for Americans trying escape a self-made disaster. You made your own bed, now you must sleep in it.

I don’t want to sound unsympathetic. It was devastating to see decency, integrity, honesty, fairness, equality and compassion all die in the same wreck. I cannot imagine the pain you are feeling. It must seem as if all the good has been drained out of your world and the apocalypse nears. You have my sincere condolences. Sunt lacrimae rerum et mentem mortalia tangunt, as the poet Vergil wrote: There are tears for our adversities, and mortal affairs touch the heart. And we share your tears.

Sadly, your values are survived by their developmentally-challenged children: racism, misogyny, elitism, illiteracy, dishonesty,inequality, white supremacy, entitlement, selfishness, violence, vulgarity, ignorance, venality and hatred. It will not be pleasant watching them grow up in their parentless environment, especially not embodied in your leaders. I can only hope you survive this tragedy.

But you’ll have to do it in your own backyards.

Of course, like any other immigrant, you may apply for landed status and perhaps even citizenship if you fill in all the forms and wait you turn. We welcome immigrants in Canada, but your frantic scrabble to get out of the USA has caused our immigration website to crash. Please leave it alone for a few days and let it get back to normal. By then your hangover should have worn off somewhat and you can more calmly assess the damage.

On cold, sober reflection, Canada may not be the best place for you to resettle. It seems the majority of you supported Donald Trump and, even if you meant it as a protest vote and not to get him elected, you probably won’t get a warm reaction from most Canadians for that. Those of you who voted for him may find us as cold as the igloos you think we live in. Besides, our beer is too strong for you.

Perhaps you thought that choosing Trump was a way to break with a corrupt political system, a way to end the cycle of lobbyists buying votes and politicians eager to sell their souls. To break the lock a political establishment has on the privileges and perks of rank. To unclasp the stranglehold the NRA has on your government. Perhaps you thought to change the status quo and get some real democracy back into your system. For that, I respect your ideals, if not your delivery mechanism. That was reckless.

I’m afraid none of those goals will happen. You chose a demagogue vested in self-interest, money and private agendas. It will only get worse, not better, in Washington and the elitist entitlements will be bigger and stronger for those in power. The status quo you condemned is locked in steel now. The NRA has won. Again. As noted in the New Yorker, George Orwell knew it all along:

“The point is that the relative freedom which we enjoy depends of public opinion,” Orwell wrote in his essay “Freedom of the Park.” “The law is no protection. Governments make laws, but whether they are carried out, and how the police behave, depends on the general temper in the country. If large numbers of people are interested in freedom of speech, there will be freedom of speech, even if the law forbids it; if public opinion is sluggish, inconvenient minorities will be persecuted, even if laws exist to protect them.”

If, as a Clinton supporter, you come here as a somewhat weary visitor looking for a few days of peace and calm after the madness, welcome. But please don’t bring your guns. Or even your attitude that guns are a part of a normal, civil society. Most of our gun deaths here are already caused by illegal guns coming across the border from the US. We don’t need more. Guns lead to politics of a very confrontational sort that we’ve just seen in your election, and we’d rather not go down that road. Leave your guns at home along with your your Second Amendment and NRA, and we’ll get along a lot better.

Personally, I hope you will stay where you are and try to rebuild. Try to eradicate the ignorance that led to this debacle. Through education, influence, compassion and hope you may turn back the tide so that, next election, there is no foothold for hatred and fear. If the damage is not too severe to reverse. It’s a long, hard road to recovery ahead.

There are many things we love about America – or loved, until last night – but the results have made me and a lot of my fellow Canadians feel afraid, confused, upset and very sad. Despairing, even. And we really don’t understand your electoral system where a candidate can win the popular vote but lose the election. Perhaps you might want to consider restructuring that so the results to reflect what the people want. Maybe even become a bit more democratic.

From the great visions of a strong, united, free America that was the beacon for hope in the world, a vision lofted high by presidents like FDR, Kennedy, Johnson, Eisenhower and, yes, Obama, your country has fallen to this: the playground of a vulgar, misogynist, racist bully. It looks to us like the victory for all things vile, selfish and bigoted. The poor will be even more marginalized, the rich will be made richer. Equality, fairness and rights will be trampled in the stampede by the fundamentalists to impose a theocratic authoritarian state.

Donald Trump wasn’t the cause of this: he merely peeled back the veneer of civilization to expose the ugliness underneath. He isn’t to blame for the sexism, racism, misogyny, religious fundamentalism, the hatred and violence of his followers. Sure, he exemplified it, revelled in it, but he merely exploited what was lurking just below the surface. We’ve all known it was always there, but we weren’t prepared for the enormity of it. We thought it was just a poorly-educated fringe. Now we realize it’s much larger, much deeper.

Other nations can no longer look up to the USA, but must rather look down. Not in a condescending or arrogant way: more like pity on a fallen idol. The torch of morality and justice is no longer in your hands. Your day has passed. And in fact I think there won’t be a “united” states in the near future as some states fight to secede rather than stay in a union led by Trump.

All of this makes us more than a little afraid. I don’t think there isn’t a Canadian today who doesn’t see the spectre of American troops invading us, or the holocaust of a worldwide nuclear war as a more real today than it was a week ago. I think the real possibility of a second American civil war also looms over secession.

Think of the nations ruled by bigoted, mean-spirited, powerful and self-righteous individuals who care more about their personal entitlements and their friends than about the condition and lives of their people: Russia, North Korea, Iran, Syria. You have chosen to emulate the very nations you once villainized.

I realize that it’s usually a losing argument to play the Hitler card, but no one outside the USA is blind to the troubling parallels between the USA today and Germany in the late 1920s-early ’30s. I suspect no one will be surprised at an American Kristallnacht against Muslims, or Jews or Latinos or blacks in the near future. But we will be saddened and horrified by it.

And some think that by the end of the term your nation will more closely resemble Stalin’s USSR of the 1930s than it will Kennedy’s or Carter’s, Obama’s or even Reagan’s USA. After all, Vladimir Putin was Trump’s biggest international supporter, his role model, and a great influence on the election.

Canada will try to set a good example for you over the next few years, to show how a civil, multicultural, society operates and cooperates. How we look after one another and engage in debate and discussion rather than fear-fuelled confrontation. Perhaps we can lend you some teachers, scientists and politicians to help.

No, we’re not perfect, and yes, we have our own bigots who would love to emulate Trump’s success by appealling to Canadians’ fears, and to import his divisive, polarizing tactics across the border to menace our own freedoms. But we won’t let them win here. We won’t let Trump take hold in Canada. We’re too nice for that.

I hope. I really, really hope we are.