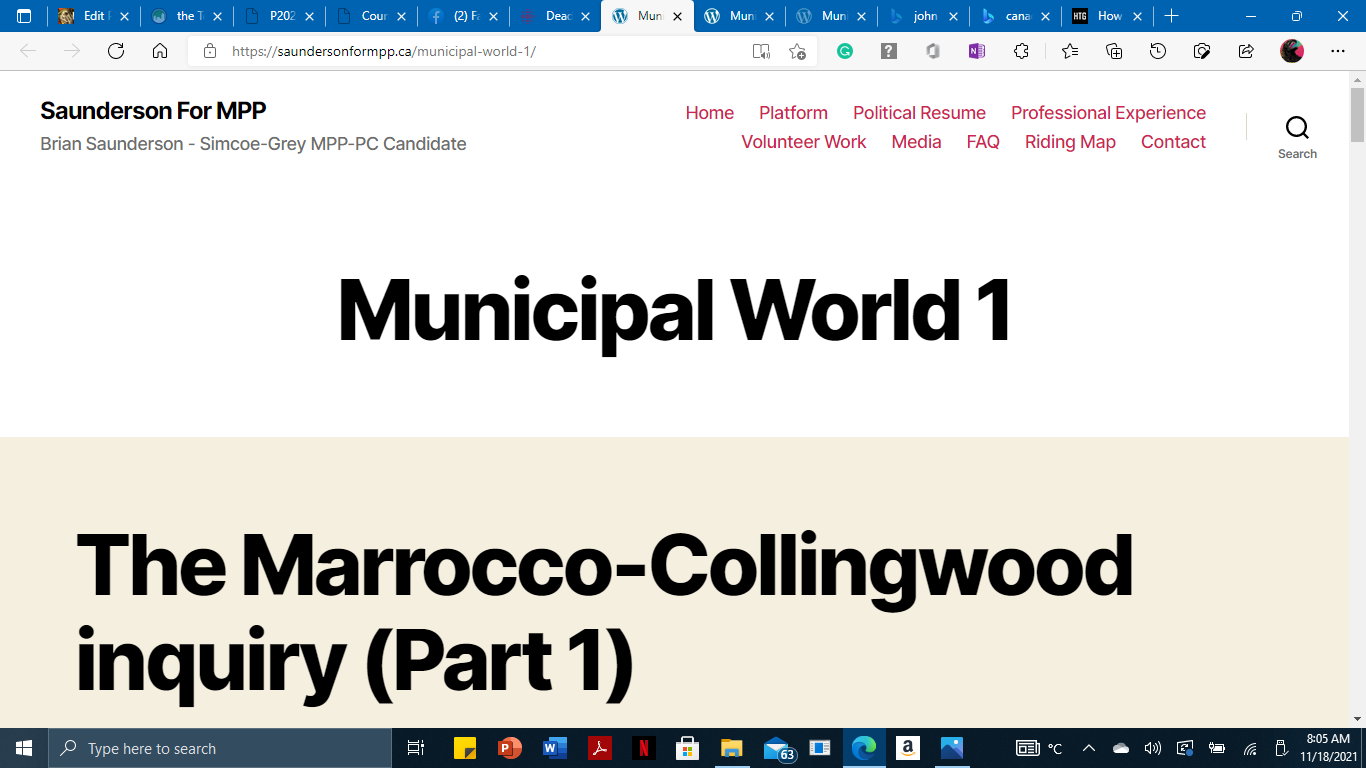 Did our mayor violate Canadian copyright law? And not just once?

His “saundersonformpp” website recently had copies of three separate articles from Municipal World magazine about his vendetta (aka his vindictive judicial inquiry). As of yesterday morning (Nov. 17, 2021), they were all on his site. 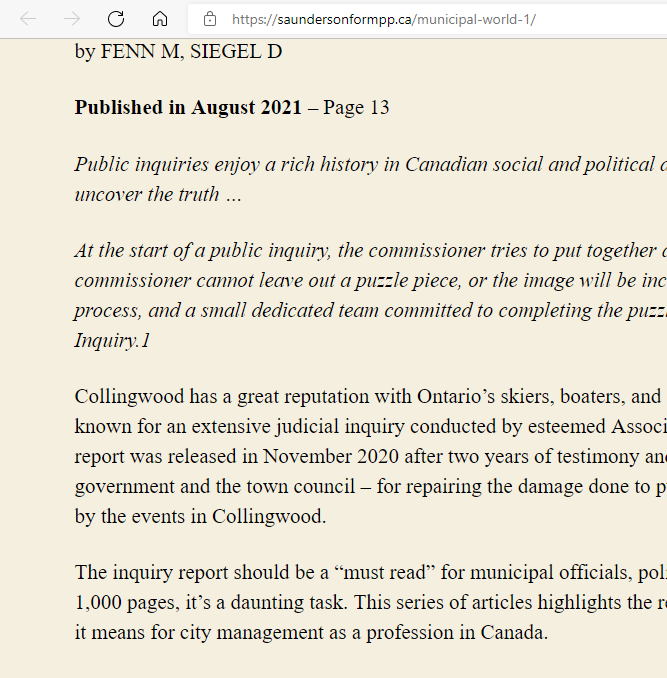 These pieces were not linked to an authorized site: instead, the text of each piece was typed in on Saunderson’s own web pages (this is usually called “pirating”). There was no indication on any that he had permission from MW to reprint these copyright pieces, that he paid any fee to use them, or even a copyright insignia or a link to the MW site. Not even a notice that they came from the published magazine.

It appears our LAWYER mayor may have broken Canada’s copyright law by posting these articles without proper permission. You’d expect a LAWYER to both know the law and to abide by it. Is this the behaviour we expect from an ethical candidate?

(One has to ask why local media didn’t call him out on this, or even ask why is our mayor being sued?)

And yet here he is campaigning eight months before the provincial election (while still taking the town’s paycheque), asking voters to trust a man who seems to have little regard for the law or the property of others. Can we trust him to obey other laws when they inconvenience him (he certainly ignores conflict of interest recommendations in his beloved inquiry report)?