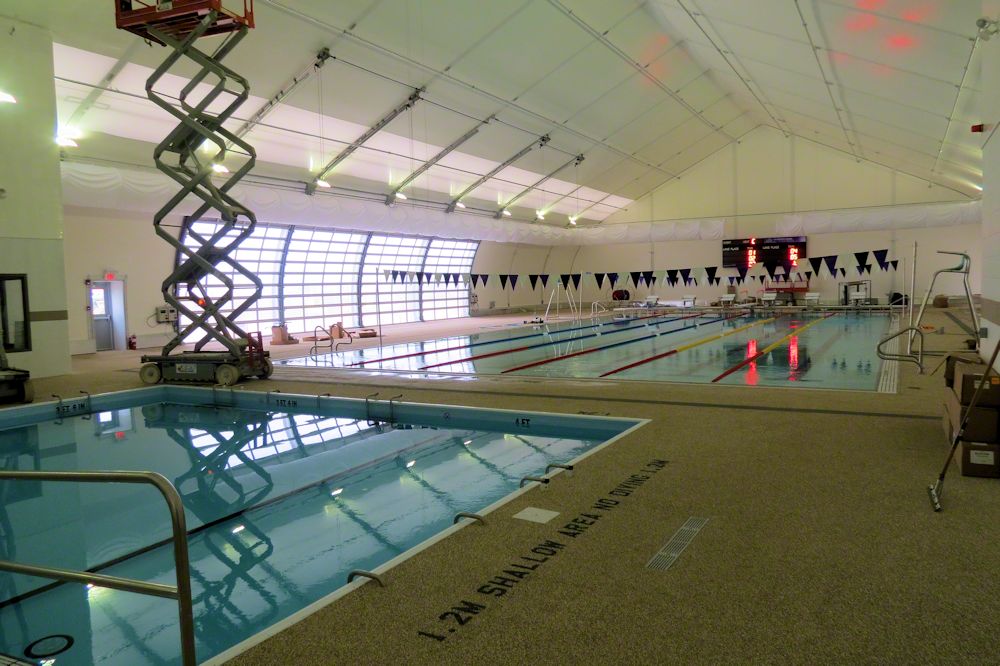 A story in this week’s Collingwood Connection vindicates the decision to build the two new rec facilities last term. According to the story, usage of the two facilities – the new arena at Central Park and the renovated Centennial Pool – is soaring.

Plus as an added benefit, Centennial pool is able to host competitions all year round – and it does. Just drive by it on a swim meet weekend and you’ll see the parking lot full; dozens of families attend, many of them staying here for shopping, food or even overnight. It’s a great economic benefit, not merely recreational. And everyone who uses the pool loves it; swimmers, visitors, seniors who use the therapeutic pool, parents, teachers – they all have positive things to say.

Net operating costs for the two sites totalled $628,000 for 2014. That’s the cost to service thousands of people at both sites over the year. Consider that for many years the town operated the Contact Centre for about 40 members at a cost of $250,000 a year. These sites serve 100 times as many users for about two-and-a-half times the cost. And the Contact Centre couldn’t host events or spectators like the new facilities can.

That net operating amount will continue to be reduced as usage climbs and the town’s revenue increases. And from all indications, that usage will only continue to rise. The number of people signed up for swimming lessons alone is up by 30% over last year.

Plus we now have use of the Eddie Bush arena as a convention, event and trade show venue, which offers not only more revenue but many more spin-off opportunities for local businesses. This coming weekend will see its first use when it hosts a large federal Liberal Party convention.

As expected, the new facilities are very energy-efficient to operate. That was a prime reason for approving them, but it’s good to see that recognized in print. It has proven a wise decision.

PRC director, Dean Collver, told the Connection: “From a utilities perspective, they run very lean. They don’t require a ton of utilities. They are good buildings. They are good structures.” Which suggests the large majority of operating costs will be – as they are in every municipal facility and department – in staff costs.

The mostly positive story ends on an unfortunately negative note: the Connection says:

The decision to build the facilities, at a cost of about $13 million was met with controversy as council chose to sole source the buildings, deciding not to proceed with a planned facility at Central Park at an estimated cost of up to $35-million including budget contingency.

Start with the glaring misrepresentation: there was no planned facility at Central Park. There was merely a proposal that was rejected by a large majority of council on receiving the proposal because of the staggering costs  (almost three times the cost paid for the current facilities). Reporters should know the difference between proposed and planned.

Some of council saw the proposal as an overt attempt by vested interests of some committee members to get the town to pay both construction and operating costs for a YMCA facility, rather than a public one… A private facility that the Y itself refused to contribute money towards, and one without a six-lane competition swimming pool! The Y, by the way, sits on own land, pays $1 a year lease and doesn’t pay property tax.

The only ‘controversy’ was generated by the committee members who made the proposal themselves, and the YMCA supporters they roused with misleading rhetoric and less-than-factual information. The local swim club and hockey associations – the main, local user organizations – were all in favour of the new facilities and wrote public letters to that effect. The ‘controversy’ was just a political platform by a small group with intention to gain traction for the 2014 election campaign.

Then the Connection slips in the obligatory bit of yellow journalism by referring to the sole-sourced contract, which has nothing whatsoever to do with the operating costs. The paper disingenuously doesn’t mention the decision was made on the advice of staff, who publicly reported that no other Canadian company could provide an equivalent structure. Why should the media provide all the facts when only half-truths will do?

Nor does the Connection mention that one of the current council’s first acts was to sole-source a contract to a family member of one of the councillors. The practice is, it seems, not unique to any council, yet the Connection let it pass this term without so much as a breath of protest.

This ham-fisted attempt to discredit the decision failed: the facilities have proven themselves and the decision is vindicated. But of course, no one these days expects local media to be objective and stick to facts without interjecting some bias or half-truth.