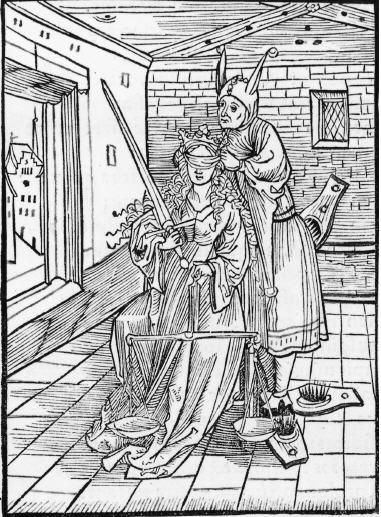 Both local media reported that after a lengthy court battle, former Collus CEO Ed Houghton (and former Acting CAO for Collingwood), was awarded costs for his legal expenses during the Saunderson Vindictive Judicial Inquiry (aka the SVJI).

This decision has implications for any subsequent lawsuits should our petty, punishment-obsessed council decide to attempt to sue those participants who have never been charged with any criminal activity from the SVJI’s events. It also shows how much the SVJI cost those participants (and the town aka the taxpayer when it was forced to pay legal expenses for participants). And, of course, only the lawyers profited from the SVJI.

I can only assume that, like with claims made to personal insurers, following this judgment the town’s and EPCOR’s insurance rates will go up. This means we — local taxpayers and electricity ratepayers — will pay for the increase. The SVJI has already cost us more than $10 million since 2015 and continues to drain our money — with the mayor’s and council’s blessing and active support, of course.

As noted on CollingwoodToday:

An Ontario Superior Court judge has ordered an insurance group to pay a majority of the legal expenses Ed Houghton incurred while participating in the Collingwood Judicial Inquiry… In a ruling issued last month, Justice Mohan Sharma ordered the Municipal Electric Association Reciprocal Insurance Exchange (MEARIE) to pay $690,000 total to Epcor and Ed Houghton to settle the lawsuit filed to recover the legal costs… The ruling states the inquiry was an official proceeding under the Municipal Act, and while it was not solely against Houghton, it involved him and his work enough to warrant coverage.

(It’s worth reading the comments from readers below the story, too)

The decision from the Ontario Superior Court of Justice is a rather complex legal document, but it makes some salient points relevant to council’s eagerness to pay more money to Mayor Saunderson’s and Councillor Hamlin’s former employers (deliberately ignoring a conflict of interest in violation of the recommendations of the SVJI and sole-sourced, of course), including (emphasis added):

The principles for interpreting insurance policies, and in particular exclusion clauses, are well-established. The policy should be interpreted to promote a reasonable commercial result; provisions granting coverage ought to be construed broadly; provisions excluding coverage ought to be construed narrowly; in the case of ambiguity, the interpretation most favourable to the insured should be adopted; and even a clear and unambiguous clause should not be given effect if to do so would nullify the coverage provided by the policy.

In addition, the court must strive to interpret the contract according to “the whole of the contract and any relevant surrounding circumstances” in a way that “promotes the true intent and reasonable expectations of the parties at the time of entry into the contract” and avoids “either a windfall to the insurer or an unanticipated recovery to the insured”: MacDonald v. Chicago Title Insurance, 2015 ONCA 842, 127 O.R. (3d) 663, at para. 66, per Hourigan J.A.”

This decision will likely come back into play should the mayor’s former employers (who he voted to hire without declaring his previous employment with them) recommend future lawsuits. In that case, former town councillors and staff have the decision as a precedent, and will likely move to have the town’s insurance cover their costs and any claims made against them (coverage for former members was extended in the recent indemnification bylaw council passed to make sure it was protected from lawsuits by developers after they passed their job-growth-and-revenue-killing ICBL in response to their self-created water “crisis”).

In essence, in any lawsuit, the town will be suing itself for money: taxpayers will pay for it all and only the mayor’s former employer will walk away with any money. Funny how he managed that one, eh?

These comments in the decision are also relevant (emphasis added):

[78] The applicants further rely on the Conduct Letter issued by the Inquiry which said the Inquiry might make findings of misconduct against Mr. Houghton.  The fact that Mr. Houghton was given standing at the Inquiry supports the conclusion that Mr. Houghton’s legal expenses were “incurred in defence of a proceeding that was brought against him – even though he was not specifically and publicly named in the proceeding.”

[86]  Even if I were to accept that the Policy were limited to criminal and quasi-criminal proceedings as MEARIE suggests, the extensive scope of procedural fairness afforded to Mr. Houghton during the Inquiry was similar to that afforded to a litigant in a criminal or quasi-criminal proceeding.  For example, Associate Chief Justice Marrocco provided Mr. Houghton with full procedural rights including advance notice of documents proposed to be entered and statements of anticipated evidence, a seat at counsel table, the opportunity to suggest witnesses, the opportunity to cross-examine witnesses on matters that bear on the subject matter of the Inquiry and are relevant to Mr. Houghton’s interests, and the opportunity to make closing submissions.  This further supports the conclusion that the Inquiry was a type of proceeding to which the Policy applied.

The story was also in the weekly flyer wrapper (aka the Collingwood Connection) and included this bit of erroneous codswallop:

The inquiry found that former mayor Sandra Cooper’s brother, Paul Bonwick, made commissions on both deals, and that Houghton’s relationship with Bonwick provided an unfair advantage to the companies that the mayor’s brother was working for.

Bonwick did NOT receive a commission on the Collus sale. He was paid a monthly retainer by PowerStream. And in neither procedure was he employed by or paid by the Town of Collingwood. Even though it’s local media, we should expect accuracy and facts.

Lawyers — particularly those at Mayor Saunderson’s and Councillor Hamlin’s previous firms — continue to get richer thanks to this council’s continued lavish spending on the SVJI. The town is neglected and falls apart and taxpayers continue to suffer this council’s egregious fiscal mismanagement.

The woodcut above is from the 1494 book, The Ship of Fools. Seems an appropriate work to quote when writing about our council and much of it appears remarkably relevant to their ineptness, even more than 500 years later. Chapter 71, from which the woodcut is taken, is titled “Quarreling and Going to Court.” The following is from that chapter:

Now of that fool I would report
Who always wants to go to court,
And amicably end no suit
Before he’s had a hot dispute…

The judge, attorney — all the group
Of jurists feed from clients’ dish
And win a handsome mess of fish;
Delay, protraction is their aim,
‘Tis thus they trap and catch their game:

Small cases e’en like big ones look,
A trickle’s made into a brook,
A foreign speaker must be brought,
Imported here from far-off port,
That he may well pervert the case,
And cheat the judges to their face…
So many hearings there must be,
So that there’ll be an ample fee,
And greater sums red tape will take,
Than all the sums we have at stake.

The money won in lawsuits will,
Ofttimes not pay your parsley bill.
They think that truth can never see
When suits are lengthened endlessly.
The man who’d rather sue than eat
Should have some nettles on his seat.

From The Ship of Fools by Sebastian Brant, translated by Prof. Edwin Zeydel, Dover Books, 1962. The original has 112 chapters and 114 woodcuts.