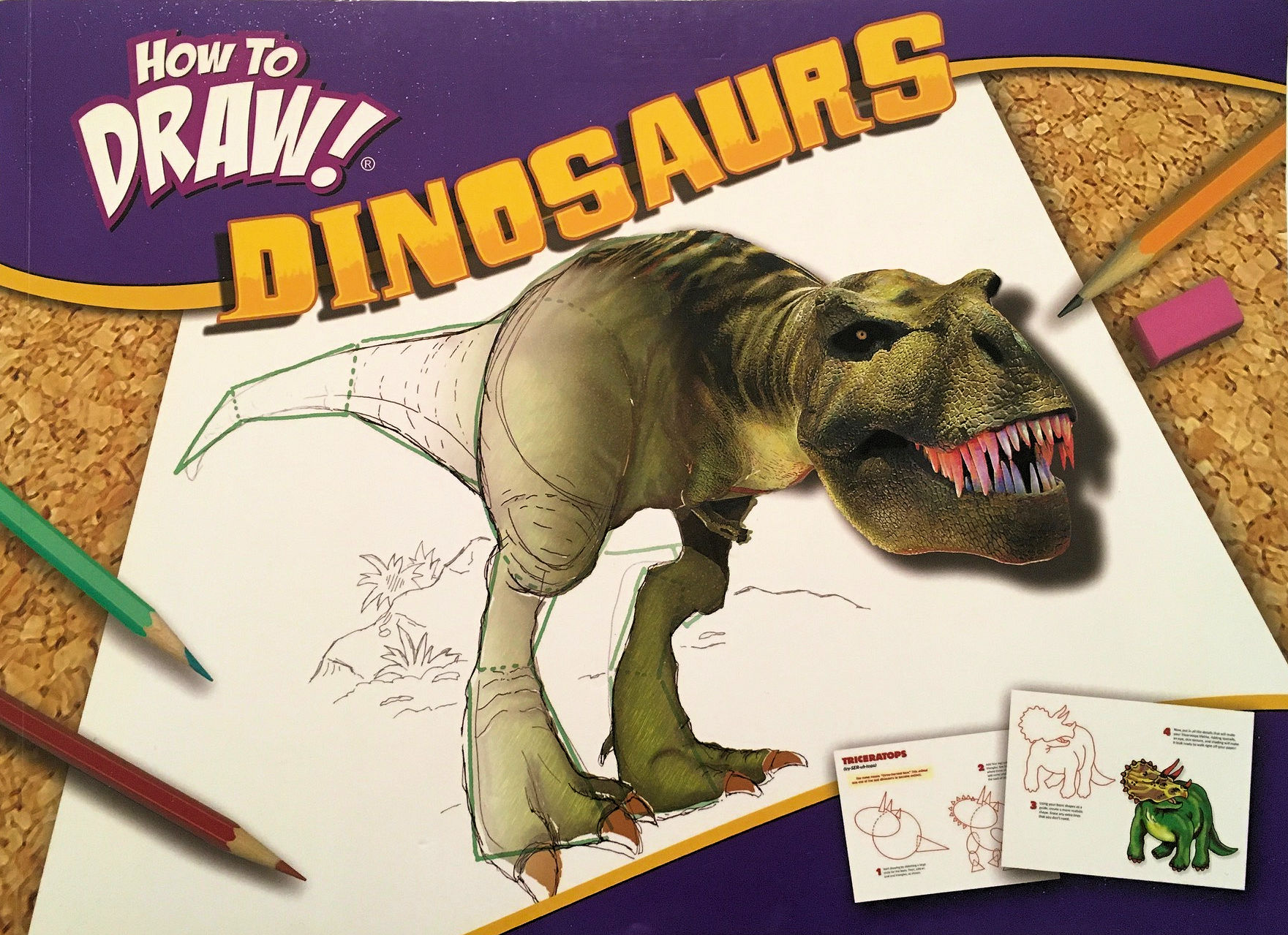 Not long ago, in a local used book store, I came across a little book titled, “How to Draw Dinosaurs” and when I opened it, I realized there was a political allegory in my hands. But let me first tell you about the book. In its 64 pages, the book professes to teach anyone (youngsters are the main audience) how to draw 27 dinosaurs, as well as a Pteranodon, Archeopteryx, and Tylosaurus, none of which are dinosaurs (a common mistake), but which were contemporaries.

Each animal has three to four illustrations to guide the budding illustrator, albeit poorly explained. Starting with a few abstract shapes and lines, they progress somewhat clumsily and clunkily, adding lines and shapes, until the fourth illustration which suddenly is coloured, detailed, and generally looks several generations beyond the lines and shapes of its previous steps. There are few written details, tips, or hints as to how to draw, how to hold a pencil, how to ensure relative scales on the shapes you draw. Nothing like a grid to guide you, no explanations as to why you’re making some shapes and not others. “Keep drawing, erasing, and redrawing until you are satisfied,” the instructions tell us. 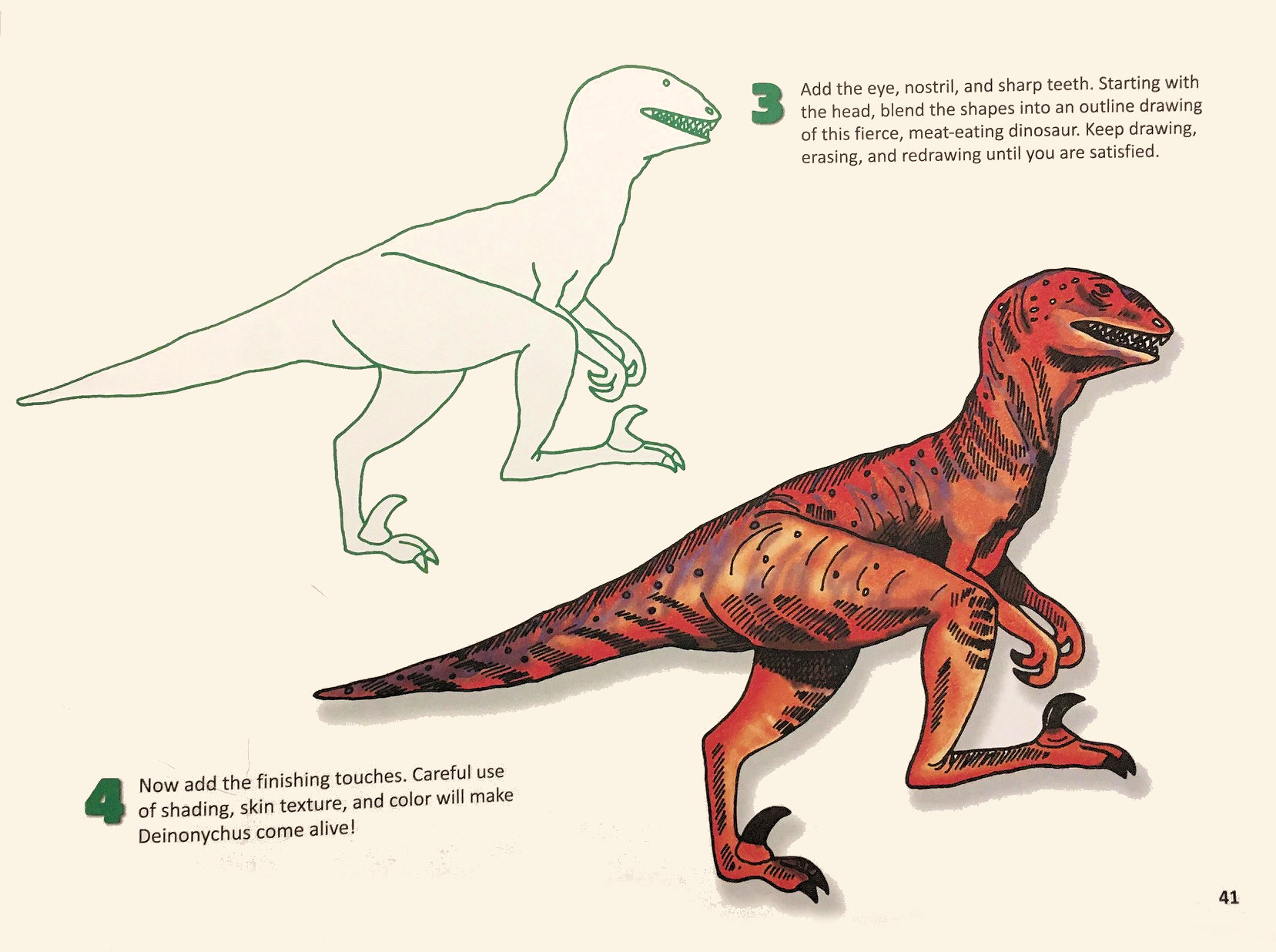 For example, here is Deinonychus (pages 40-41) a mid-sized carnivore (a theropod, if you care) from the early Cretaceous: all you need to make one for yourself is to draw a few ovals, add some lines, then add more shapes and lines. Then erase a bunch of lines and add the details. Easy! Five minutes of effort and you’re on your way to a dinosaur. Well, only sort of.

The final, improbable step says merely, “Now add the finishing touches. Careful use of shading, skin texture, and colour will; make Deinonychus come alive!” And if you can figure out how to do that by yourself, then your stage four drawing is ready to be framed in your personal paleontological museum. Good luck creating it, however, because you’re pretty much on your own in this book after stage three. There’s nothing to guide you on just what sort of finishing touches a dinosaur needs.

But how, you ask, does this relate to drawing politicians? Aside from the obvious reference that most politicians (our council in particular) seem to be dinosaurs in the popular euphemism. Well, stay with me. 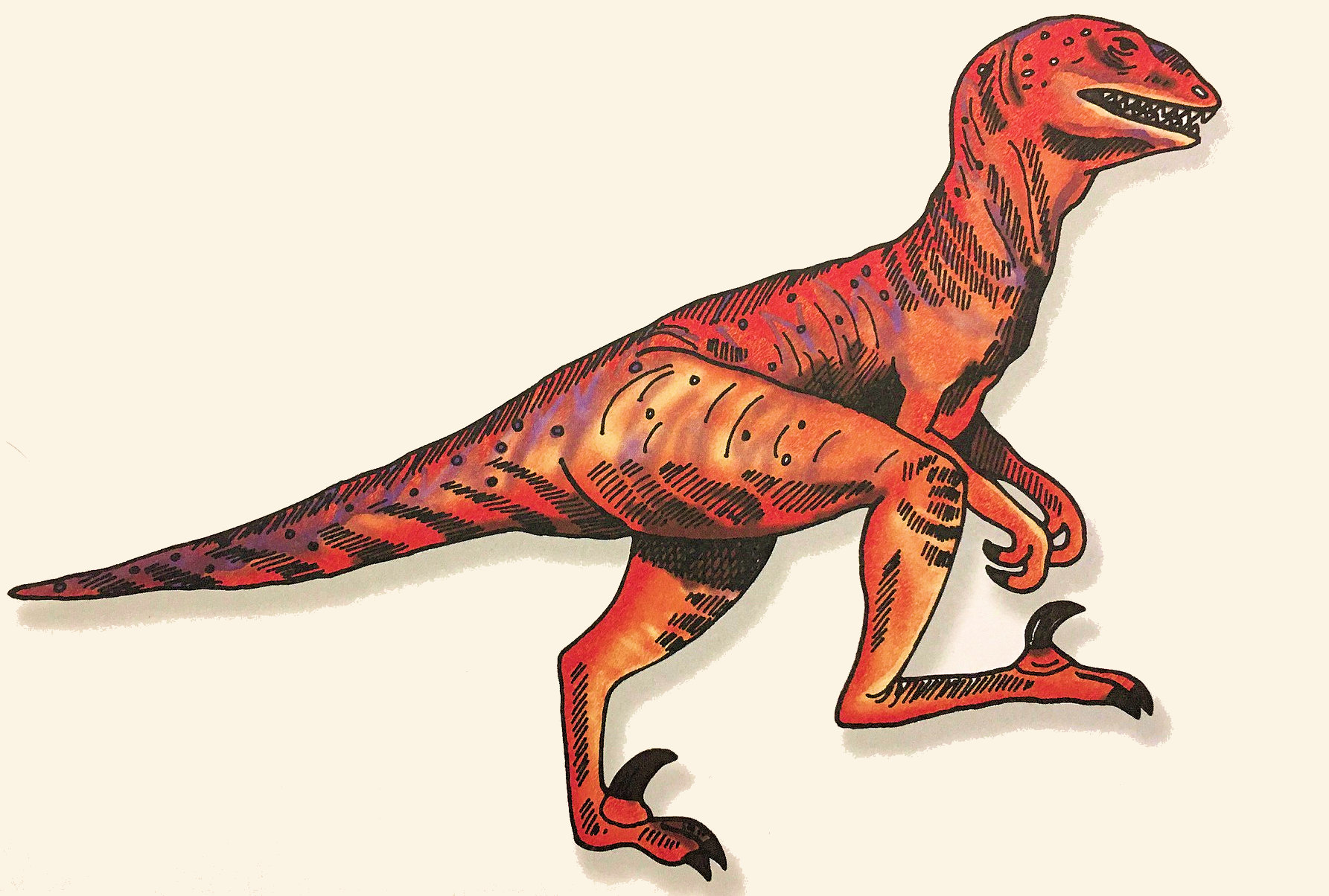 What struck me about these drawings is how they present the reverse of how we generally get to see most politicians. And this is certainly true of our own, local, municipal council members. On the campaign trail, they present themselves as the finished version; the final drawing, fully formed and fleshed. All coloured, looking 3D, ready to step off the page and shoulder the burdens of governance, tackling whatever challenges it throws at them.

But at least from a local perspective, we know that’s piffle. You’ll soon discover from their behaviour at the council table that you’ve been misled.* Most of our local politicians — particularly those new this term, and those returning after a long hiatus from politics — arrive at the council table more like the first drawing. They don’t have any distinguishable features, no shape or form that would indicate more than a vague sense of what they will become. A few squiggly lines and clumsy shapes are all they are. Most of these at our council table have remained in this form. They have no ideas, no innovations, nothing to advocate or stand for. They are just lines, disconnected from reality. Drawn without legs or arms because these would suggest energy, motion, and actually doing something. 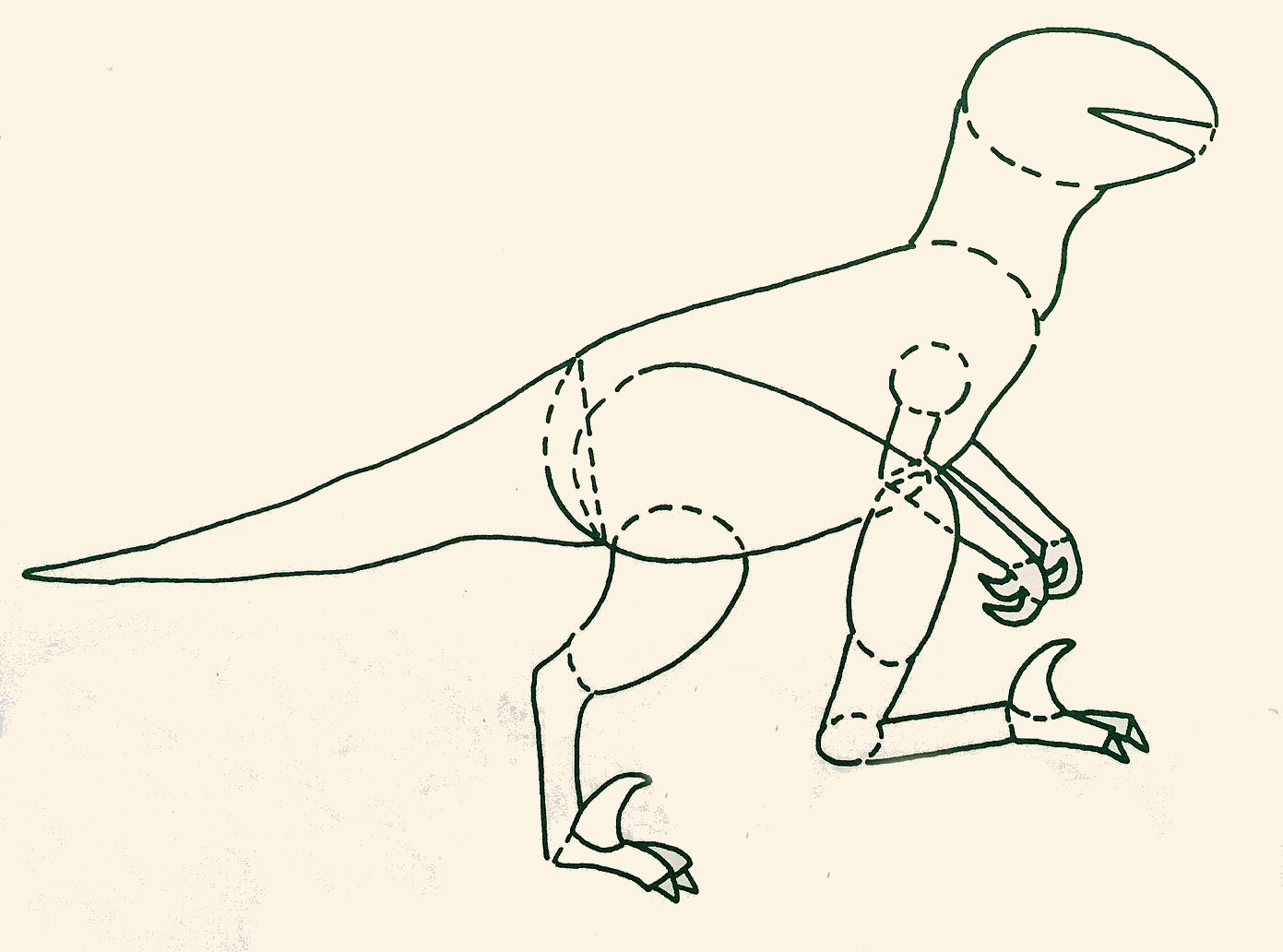 A few better and more independent among politicians — of which there are damned few if any at our council table —could, over the years, if they worked hard, learned, listened to the public, read their agendas, thought for themselves, asked staff questions, and exchanged ideas with their peers in other municipalities, eventually could fill in that shape with more details.

If they were willing to do the work (and that’s a big if, for this lacklustre council), and if they are ambitious enough to think for themselves rather than just do what the Great Leader tells them to, they might have added those extra lines and advanced to the second drawing.

More capable politicians could develop into some form in which we begin to see the suggestion of something substantial. But yet they’re still not the finished version we were led to believe in when they campaigned. They’re still just shapes and lines that hint, not define. 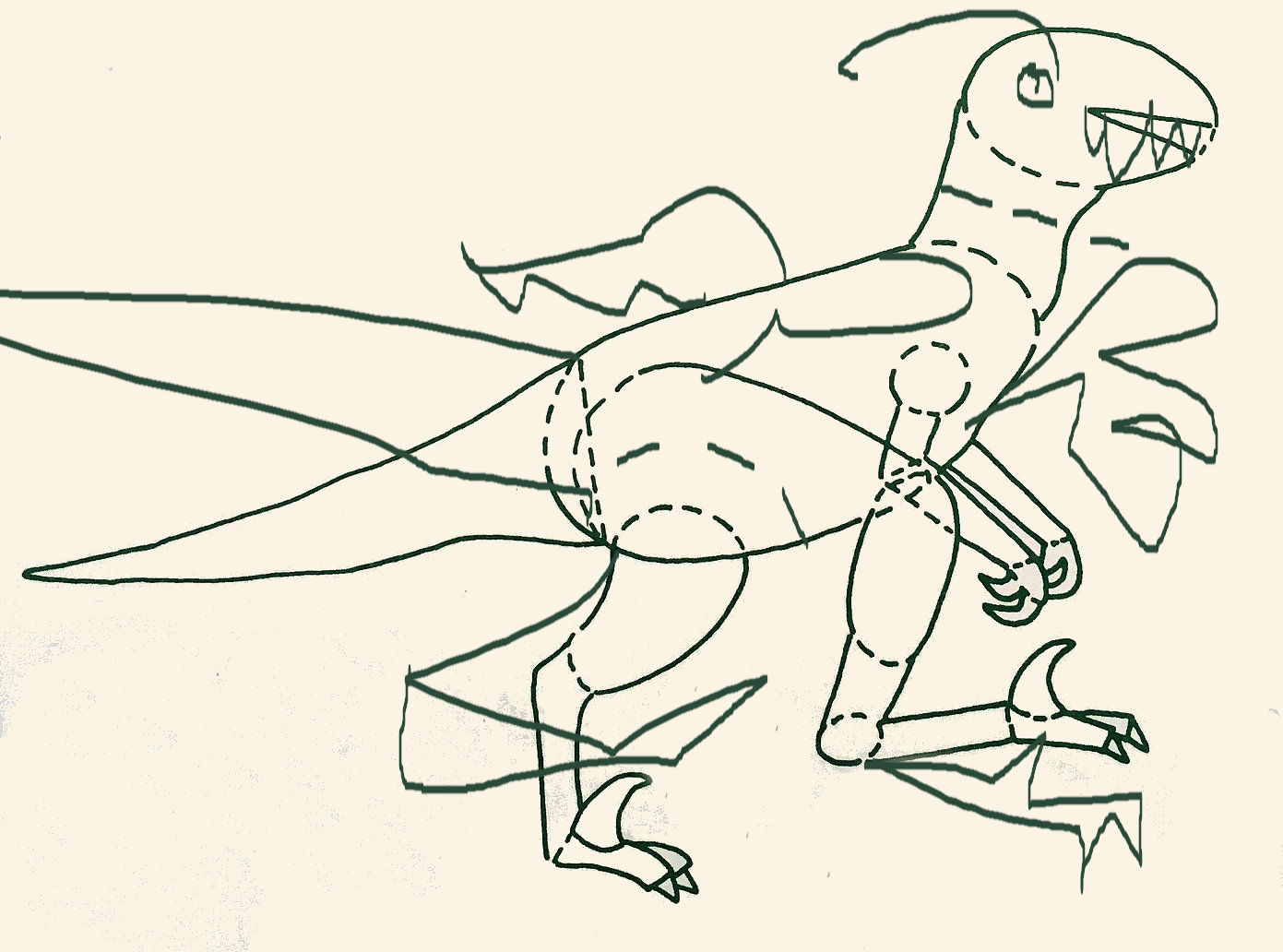 But some of those lines are not what you expected or wanted to see develop. They are, as many of our own council members have shown: signs of incompetence, bullying, misogyny, ignorance, financial mismanagement, egregious hubris, self-interest, entitlement, magical thinking, and obsessive loyalty to our mayor’s petty, personal vendetta. They scribble all over the image with their own personalities.

The fledgling dinosaur underneath becomes unrecognizable. The promise of that final 3D image is broken. This is not what we voted for, not what anyone wanted. But it is their true image. They defaced themselves, like a child scribbling angrily outside the lines in a colouring book. They blurred the image voters had expected to see emerge. Instead, they created a monstrosity of themselves. But it’s true to life, in its own way. 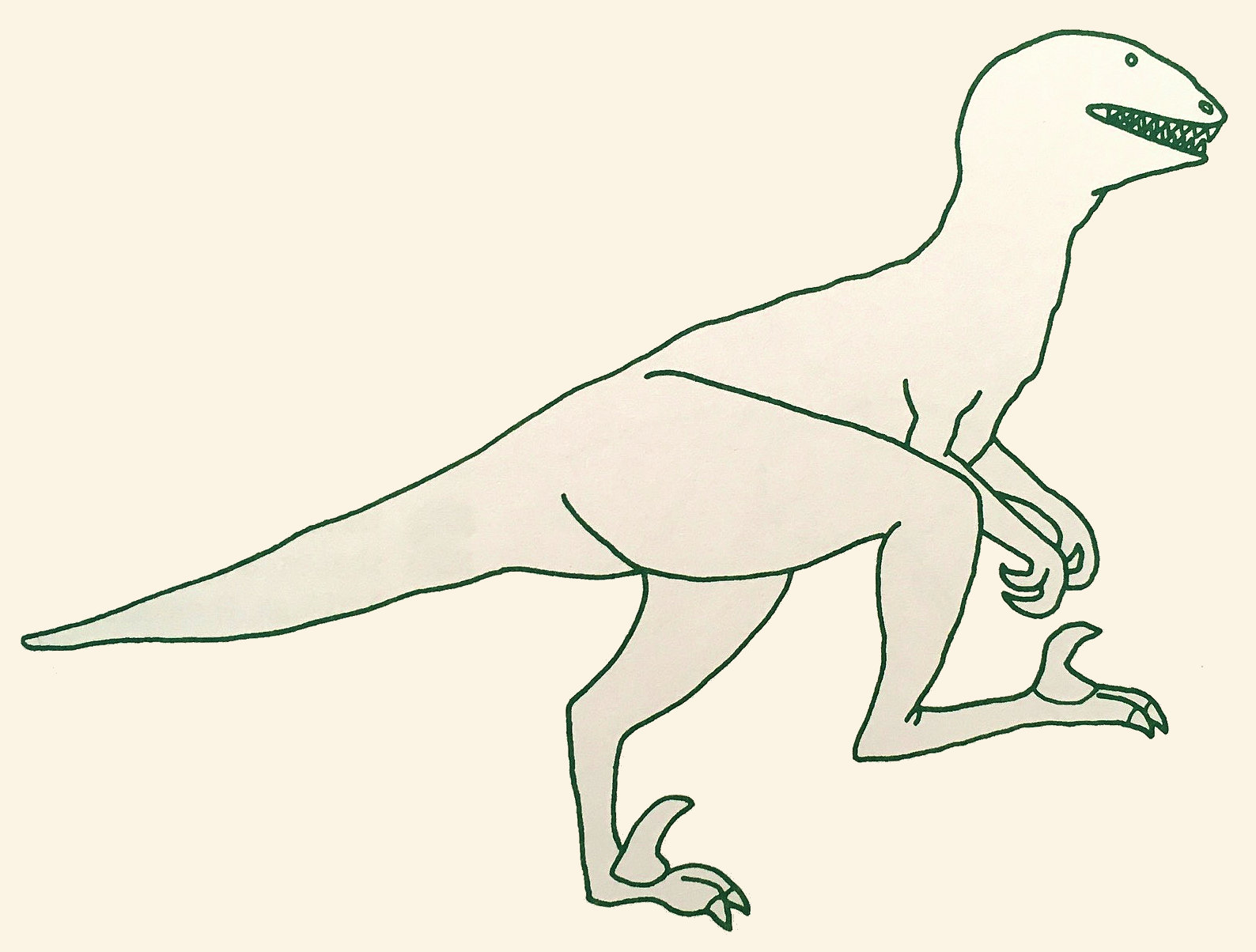 And while those at the table have long ossified in this self-indulgent second stage, among our councillors it means there are none who will mature into stage three: a somewhat recognizable, if risibly two-dimensional, character.

That third drawing would be like our mayor: The Great Leader whose every whim the rest cater to. The one they bow and scrape to. He’s the only one allowed to have ideas, to have form, to be a coherent set of lines, to show ambition. And that has always been limited to his own agenda, his own self-interest.

The rest of them at the table are merely lines and squiggles drawn in his shadow, imitating but not daring to aspire to be like him. Only to follow his direction and hope he deigns to pat their heads in recognition of their loyalty. 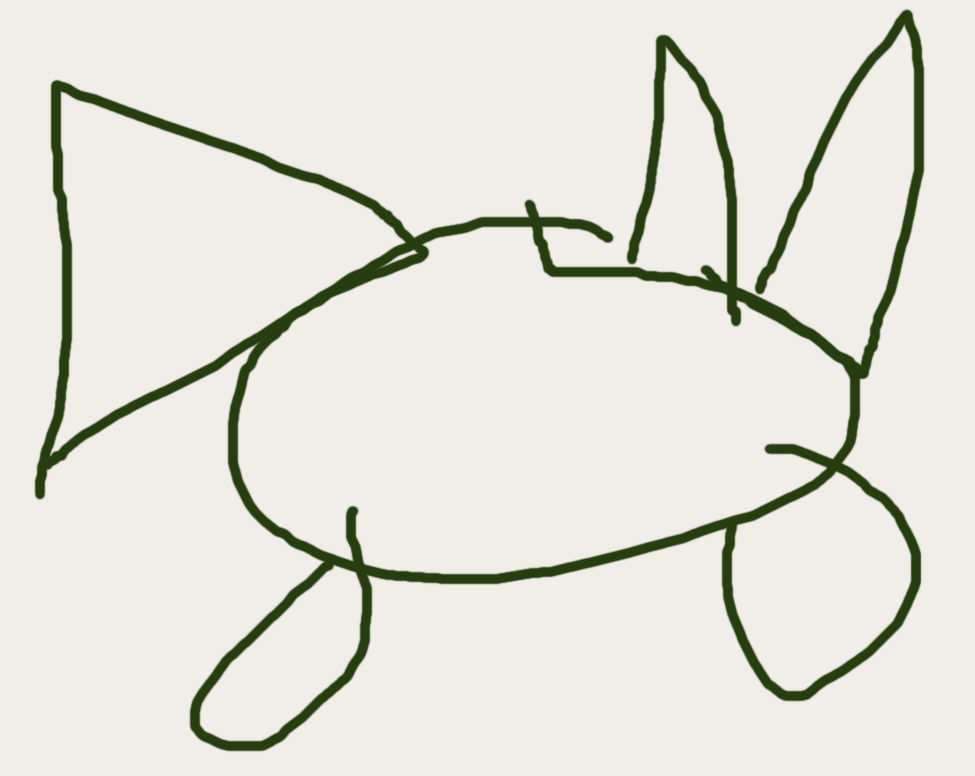 So the next time you hear a politician on the campaign trail chock full of sound and fury, signifying nothing while promising what great things they will do for you —  like during our mayor’s upcoming MPP campaign or when the rest of council campaigns to be re-elected — take a break from their bloviation. When you hear them ramble on about how they will make things better and right all the wrongs, simply grab a pad and pencil and start drawing lines, ovals, squiggles, and triangles. Don’t even try to make it into something recognizable; don’t aim for any sort of realism, because the vaguer it is, the less it looks like anything they promise, then the more realistic a picture of that politician it will be.

~~~~~
* Yes, I am well aware that all politicians fluff their feathers up at election time to make themselves look more attractive to voters, like birds in the spring seeking mates. But our lot proved a remarkably sorry letdown after the election, rapidly turning from would-be peacocks into drab little starlings. They broke all of their promises so early on, and instead focused all their energy on empowering the mayor’s vendetta, that few voters these days remember what those promises were.