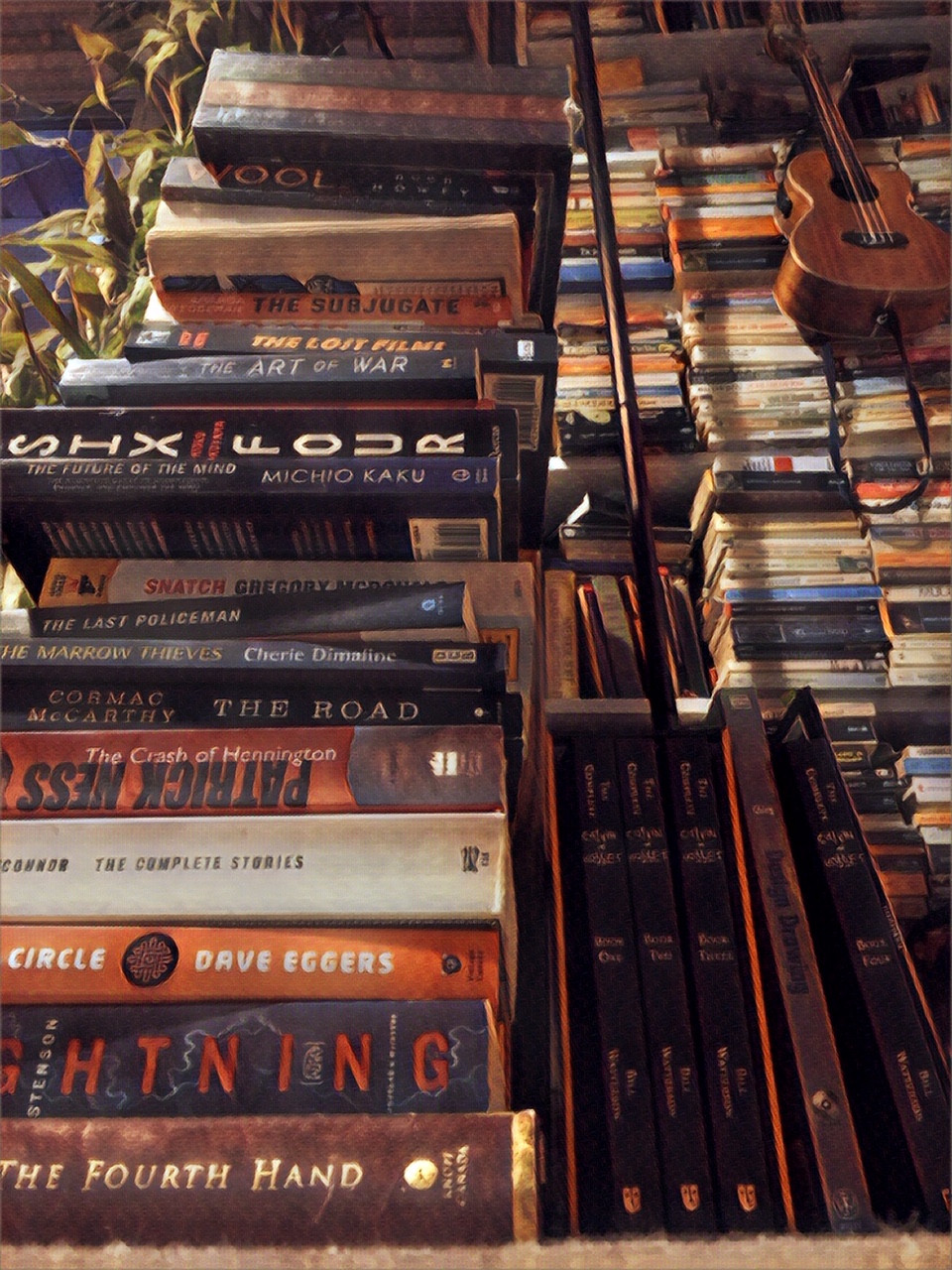 I don’t recall just when I started putting books aside to read, or perhaps just finish, when I retired. I had this naive, romantic idea that upon retirement, at the age of 65 or thereabouts, I would be able to spend my time puttering around the house and garden, carting a bag of books from place to place, to living out my final years in the warm glow of reading and cups of tea.

Books have long lives in my library. Putting one aside to reach for another, and then consigning it to an imagined peaceful future where I would have more time to devote to it, instead of pausing for a few months while I explored other titles, must have become a practice some time ago. I just can’t recall exactly when.

Years and years ago, I suppose; so many they blur into the haze of faded memory. Partly due, I suspect, to my habit of reading a chapter in one book, then picking up another to read some, then another and so on. Seldom since my teens have I read a book cover-to-cover at the exclusion of others. Some sit unread for months, others years, before being taken up again. I always have a dozen on the go at any time, piled beside my bed for reading at night. 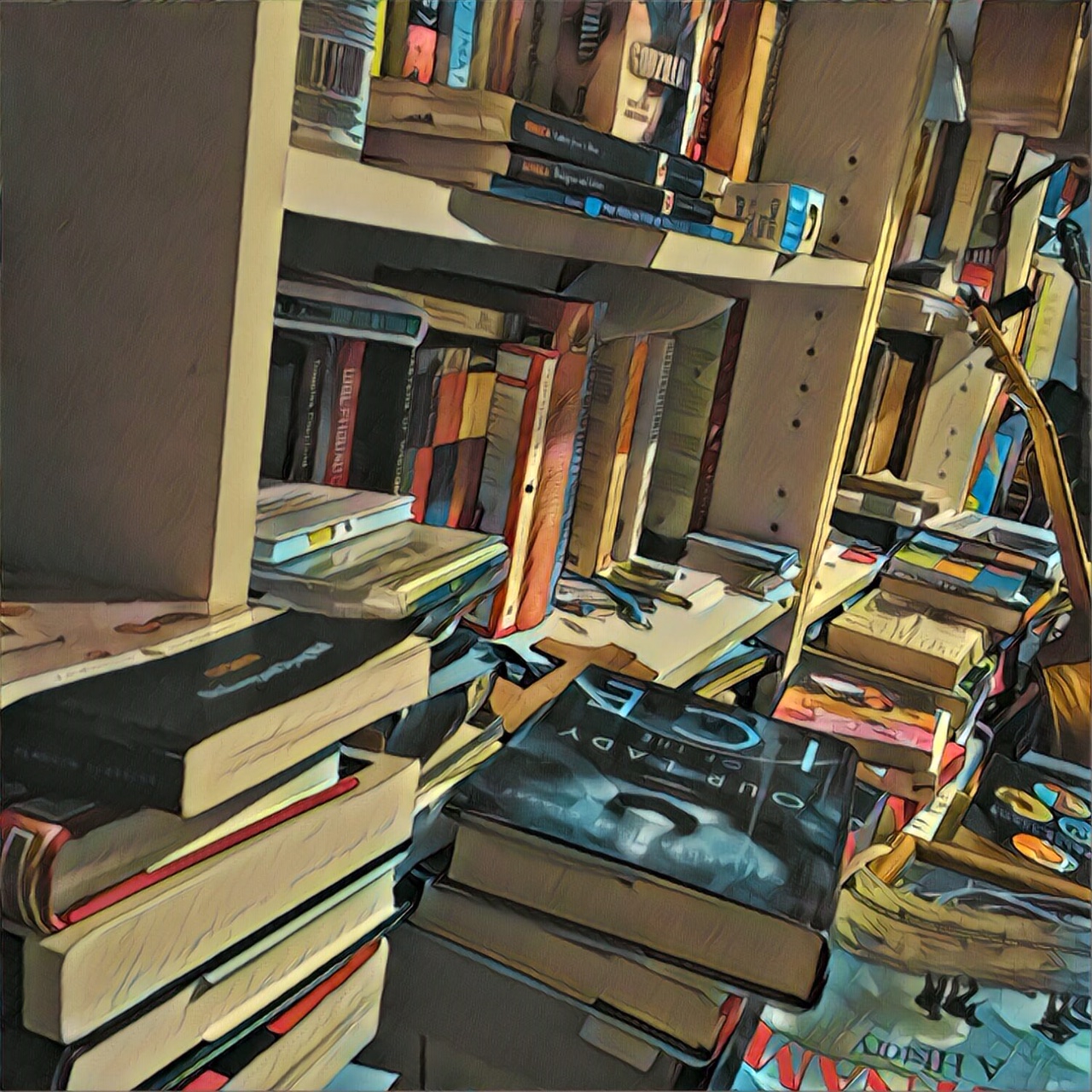 Now and then I come across a book on my shelves that I can actually recall buying it and deliberately putting it aside for “later.” And I find others that I started and read some small number of chapters before putting the book down to finish when the mythical golden years arrived. Ah, but those years are here (more leaden than golden), and I’m still building the library, piling books upon books. Still finding new titles I want to own and, eventually, read. Still haunting bookshops and publishers’ websites.

Where did I go wrong in my retirement planning? Or, in my case, semi-retirement… 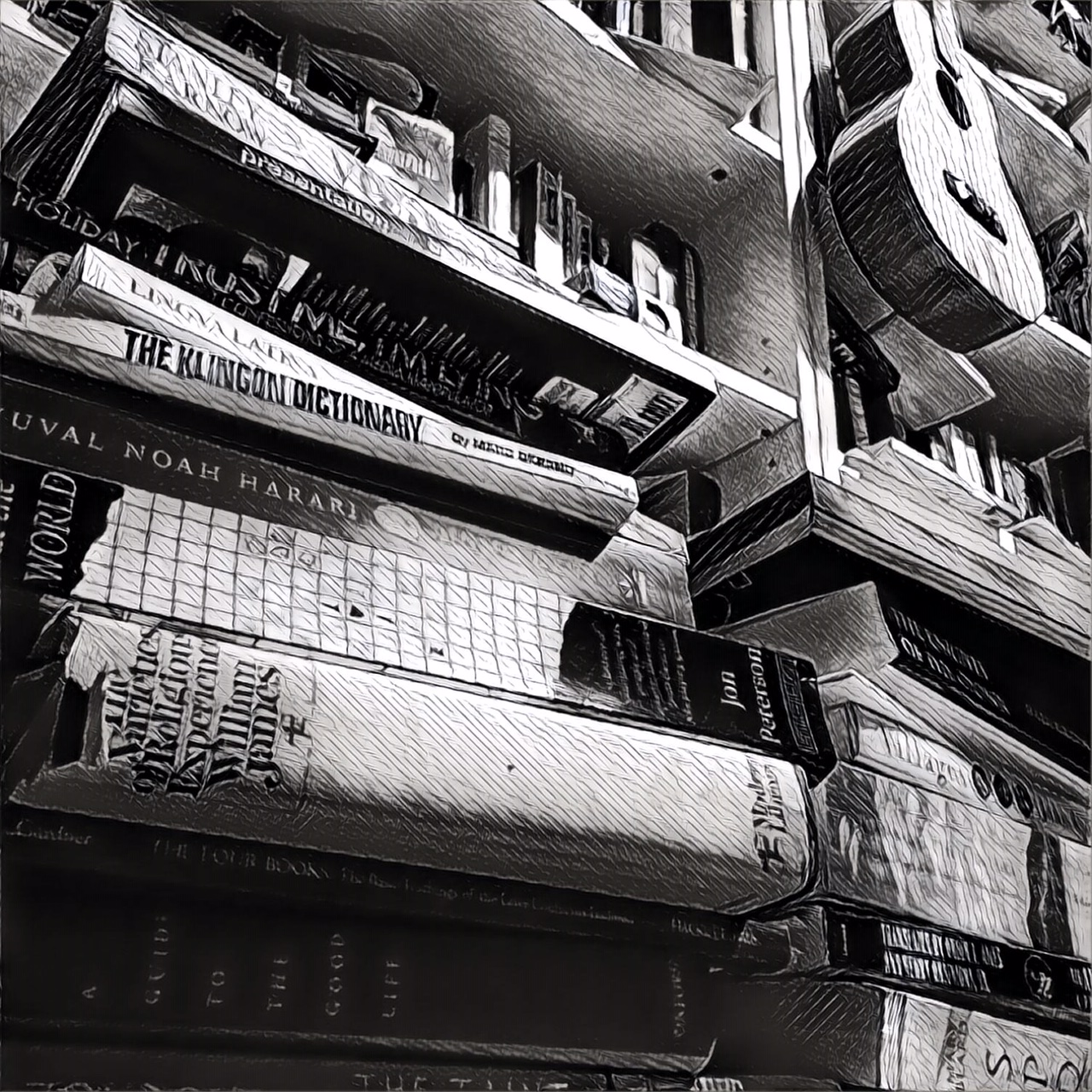 One planned-but-failed component of this ideal life is that I would build my library through my younger years, creating such a fulsome collection that it would relieve me of the need or desire to buy more when I was in retirement. Ah, but therein lies the flaw; the fly in the ointment, so to speak. I was supposed to stop collecting and instead turn to reading. Somehow I can’t stop collecting enough to tip the balance.

Another fly, it seems, is in the nature of retirement. I didn’t. Not fully, from work that is. While I no longer have the typical 9-5 job, I still work part-time, albeit from the comfort of my home. Those several hours I work every weekday detract from my reading time. So do the daily chores: walking the dog, shopping, cooking meals, cleaning the kitty litter boxes, vacuuming the house, eating, gardening, watching Netflix, ablutions, and spending time with my partner. Some days I think I’m busier now than I was when I worked full time.

I suspect many retirees feel the same. There never seems to be enough time to do everything. I’ve pretty much given up any hope of learning Latin in my “golden” years. Who has the time to put into it? Life seems to demand as much if not more from me these days as it ever did. 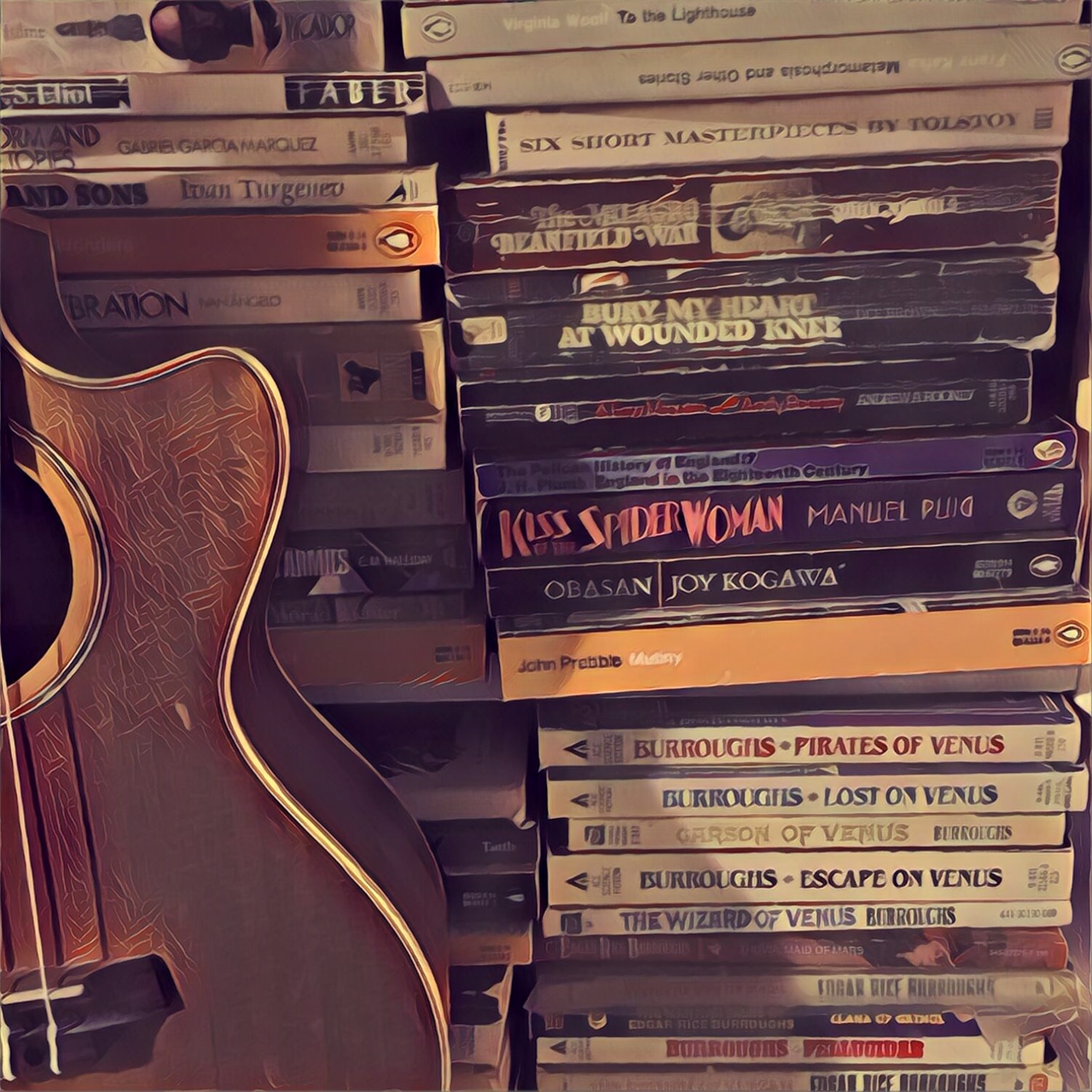 It’s probably because retirement is unstructured, and you don’t rush to do things, but rather do a lot more spontaneously, which makes it feel chaotic at times, and difficult to plan for.

I always read at lunch and for 1-2 hours before I sleep, and I have a book in each bathroom for time on the throne. But it’s not enough to get to all the books I plan to read. Not by a long shot, if I want to get through them all before I shuffle off this mortal coil.

Plus I sometimes re-read books. I still pick up Shakespeare, for example, to re-read a play I’ve read several times in the past. I’ve read Frank Herbert’s Dune, Tolkein’s Lord of the Rings Trilogy, White’s Once and Future King, Adams’ Hitchhiker’s Guide to the Galaxy, Burrough’s Barsoom and Pellucidar series, and many of Cicero’s essays, for example, more than once.

Perhaps if I booked a regular daily mid-day reading time and stuck to new or in-progress works, it would feel more structured and I would get through them sooner. Susan usually puts aside an hour or two to read during the afternoon, but I’m often online, playing computer games, writing, or playing the ukulele most days while she does it. Sometimes mid-day I might sneak in a film, the sort Susan doesn’t like to watch: a 1950s’-60s’ B-film, usually scifi or monster flick, or even a classic Universal monster movie. Maybe a Godzilla film from the Criterion Blu-Ray collection, maybe a film noir or classic suspense film.

Another problem for my reading regimen is my ever-changing interest. I am constantly distracted by learning new things or by wanting to learn more about something I’m reading. Susan has long suffered my abrupt obsession with any particular topic and the need to get as many books on the subject as I could find. So I start reading Klingon grammars, then jump to Roman history, then to the history of special effects in Japanese film, then to life in 17th-century London, on to Confucianism, then to the history of the Hindus, a quick jaunt into typography, back to a biography of a world leader,  some military history, some English etymology, and so on. And on top of that, I’m trying to read more fiction these days, too.

Sigh. So little time, so many books, and so many more keep getting added to the piles. I’m reading as fast as I can but it’s the Red Queen’s Race: I read as fast as I can simply to stay in the same place. And the piles never seem to get smaller.

My parents were voracious readers, and I learned from them; I have had the habit since childhood. My mother read novels right up until her final day. I cannot imagine a life without reading, without books. Or a life where TV replaced reading. It would be a much-impoverished life, methinks.