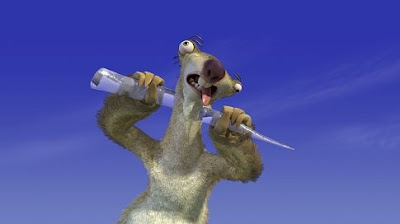 Another New Age quote showed up on Facebook today, one of those warn-n-fuzzy, touchy-feely sayings that either make you gag or go weak at the knees. This one is ascribed to James D. Miles. Miles was, according to answers.com (a site of dubious factuality and not terribly reliable at the best of timns), “…an associate professor of Psychology at Purdue University.” The author of this answer claimed Miles was “…quoting the German poet, novelist, playwright, scientist and philosopher Johann Wofgang von Goethe (1749-1832).”

Miles is, indeed, a professor at Purdue, or at least has been in the recent past. But the last part is incorrect, or rather the attribution to Goethe is. Here’s the quotation in question attributed to James D. Miles:

You can easily judge the character of a man by how he treats those who can do nothing for him.

Miles isn’t found in Wiki Quotes, nor did I find the quotation buried under another author’s name. I did scan a few works of Goethe and checked my Bartlett’s, but none of which showed these lines. So I turned to a very reliable, no-nonsense source…

One of those names is correct, but it isn’t James D. Miles. As QI notes:

The earliest instance of this saying that QI has located appeared in the popular newspaper column of Earl Wilson. He credited the well-known magazine publisher Malcolm Forbes in 1972 [EWMF]:
Remembered Quote: “You can easily judge the character of a man by how he treats those who can do nothing for him.”—Malcolm S. Forbes.
In 1978 Forbes published a collection of his own quotations called “The Sayings of Chairman Malcolm” [SCMF]. This title was constructed as wordplay on the well-known doctrinal work “The Sayings of Chairman Mao” also called “Quotations from Chairman Mao Tse-Tung” or “The Little Red Book”.

I’m glad there are reliable, factual sources like the Quote Investigator; people willing to put in the time and effort to help correct these mistakes. Still, I can’t help but feel the effort is wasted because the general public would rather feel good than be right.