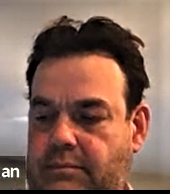 This headline appeared in CollingwoodToday: “Town councillor, deputy-mayor candidate charged with assault.” In Simcoe.com (Collingwood Connection), the headline was “Collingwood councillor, deputy mayor candidate Bob Madigan facing assault charges.” Bob Madigan is running for deputy mayor of Collingwood. Is this the sort of behaviour you want in your elected representatives? Given his past behaviour, this latest event didn’t surprise me.

But by the time this reached the local media, his arrest was already well-known around town and shared in the coffee shops and sidewalk chatter. I’m only sharing it here because it’s now been reported in local media.*

Current councillor and deputy-mayor candidate Bob Madigan has been charged with assault, according to documents sworn in to the court.
Court documents show Madigan is accused of assault following an alleged incident that occurred on Monday, Sept. 5 in Collingwood.
Madigan was arrested on Sept. 6.

And the Connection added:

According to the province’s online court database, the information against Madigan was sworn on Sept. 12. He is scheduled for a first appearance on Sept. 27.

Sept. 27 is also the date for the Chamber of Commerce’s all-candidates’ meeting for mayors and deputy-mayors. Will Madigan continue his campaign or withdraw? How does his arrest affect his supporters and friends? Who will jump ship and disavow him? Who will continue to support him (their support thus seeming to condone his behaviour)?