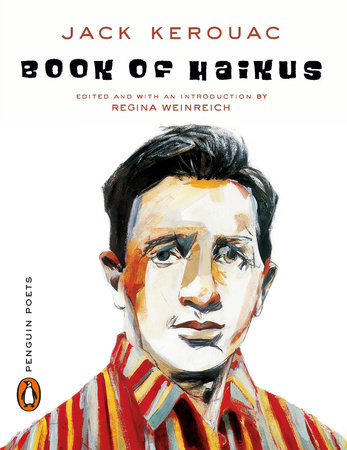 Haiku is like a razor blade: small, light, but yet strong and incredibly sharp. Haiku says “Look over there!” and then smacks you from the other side. Haiku is the neutron star of poetry: stunning density combined with astounding brightness. Haiku swims in a sea of metaphor, darting like quick, bright fish among the forest of words.

But while factual, these functional definitions are also restrictive, especially for those who attempt the form in other languages. Merriam Webster adds, limpidly, “a poem in this form usually having a seasonal reference.” Other sites mention “a poem in English written in the form of a haiku.”

Add some clarity from haiku-poetry.org:

It is important to note that the original Japanese haiku was measured in sounds, or “breaths,” not English syllables. The 5-7-5 approach was a rough approximation. Many traditional Japanese and English-language literary haiku are much shorter than the 5-7-5 format of the West… Traditional haiku usually focuses on two very simple subjects while providing an interesting or unexpected perspective. Like a good joke, the first part can serve as the set-up, while the second part delivers the punchline.

For example, Matsuo Basho (1644-94), one of the great haiku poets who popularized the form (in his 1702 book, Oku no Hosomichi, or The Narrow Road to the Deep North), wrote this:

Haiku developed over centuries in a uniquely Japanese, Zen-steeped context, minimalist; written in a language that packs more meaning in a few syllables than many others do. Outsider poets can imitate it in their own language; sometimes beautifully, sometimes clumsily. Achieving the clarity and surprise of a classic haiku in English takes both inspiration and effort. And no little amount of talent.

In his introduction to the Penguin Classics edition of Basho’s Narrow Road to the Deep North and Other Travel Sketches (1966, reprinted 1970), translator Nobuyuki Yasa wrote,

…it is not sufficient to define haiku purely from the standpoint of syllabic structure, for haiku, like any other form of literature, has grown out of a long process*…

Jack Kerouac tried at first to fit his poems into the formal haiku 5-7-5 jacket, but found the clothes fit too tightly; lacked the movement and grace they begged. Instead, he expanded his definition to encompass a “Western haiku” which could be “three short lines in any Western language.” He wrote (quoted in Book of Haikus):

Above all, a Haiku must be very simple and free of all poetic trickery and make a little picture and yet be as airy and graceful as a Vivaldi pastorella.

Kerouac kept notebooks with his poems and planned to release a separate book of his haikus (while haiku is both singular and plural, Kerouac called them haikus). Between 1953 and his death in 1969, Kerouac wrote more than 1,000 of these short, three-line poems (coincidentally, Basho wrote 1,000), some appearing in his novels and other works. Many are light and humorous. For example:

Hitch hiked a thousand
miles and brought
You wine

Is this formal haiku? No. Haiku-like, haiku-ish, haiku-esque? Yes. And it shares a tradition with some of the great Japanese haiku poets. For example, Kobayaski Issa (1762-1826), who often wrote playful, witty pieces like this (from Tom Lowenstein’s Classic Haiku, pub. 2007):

Look at that warbler—
he’s wiping his muddy feet
all over the plum blossom.

This mushroom is
Deadly. And, of course,
it’s also very pretty.

Holding up my
purring cat to the moon
I sighed

Kerouac is, of course, best known for his novels, in particular On the Road; a 1957 tale about life, loss, and searching for meaning in post-war America, a decade after WW2. It’s a literary counterpoint to the film, The Wild One. It was also a defining novel about the Beat Generation — a term Kerouac himself invented in 1948 to describe the cultural, underground community that was developing in New York City in that time.

Another parallel: Basho’s book Oku no Hosomichi was also about travels and a journey of discovery and self-discovery. Basho and a companion walked from Edo (Tokyo) to the far north and back, taking almost six months and travelling about 2,400 km in that time. Along the way, he kept a diary in which he wrote his poems, much like Kerouac would do 250 years later.

Although previous writers like Ezra Pound had tried their hands at the form pre-WW2, it was thanks to Kerouac and other postwar Beat writers like Gary Snyder, haiku became a widely popular form of expression among English-speaking poets. The book, Haiku in English: The First 100 Years (Norton, 2013, ed. by Jim Kacian, Philip Rowland, and Allan Burns) contains more than 800 short poems by more than 200 poets, including eight of Kerouac’s pieces.

Wallace Stevens, one of my favourite poets, wrote a longer piece in 1917 titled, Thirteen Ways of Looking at a Blackbird that has 13 short verses, and is the first haiku-like sequence in English. While verses do not obey any strict adherence to haiku form, it has a haiku feel about most of it. Here’s the second stanza:

I was of three minds,
Like a tree
In which there are three blackbirds.

And then there was William Carlos Williams and Kenneth Rexroth… but it’s easy to digress. Back to Kerouac.

Kerouac and his companions were clearly influenced by the publication of Reginald Blyth’s four-volume series of books on haiku, 1949-52, each one dedicated to a season. They still stand today as one of the best collections. Blyth also promoted Zen and an interest in Eastern philosophy that also developed among the Beats from the efforts of writers like D.T. Suzuki and Alan Watts.

Kerouac’s friend, Allen Ginsberg (1919-1997) later wrote a haiku-like short form he called “American Sentences” (published in Cosmopolitan Greetings, 1994), that kept to 17 syllables but in a single line or passage:

Taxi ghosts at dusk pass Monoprix in Paris 20 years ago.

Like Kerouac, he didn’t want to merely imitate: he looked for a form that could express his feelings that wasn’t necessarily true to the formal structure but was true to its spirit. But I find Kerouac’s poems seem more true to the idea of haiku.

Kerouac’s On the Road enjoyed a resurgent success in the mid-late 1960s when the Hippies replaced the Beats as the reigning pop culture movement. I remember reading it in ’67 or ’68 and discussing it with others at the time; it was the book that inspired a new generation to leave home and hitchhike around the country.

Kerouac wrote other novels about the Beat era, some arguably more important and more thoughtful. At the time I read them, I found both The Dharma Bums and Desolation Angels to be equally, if not more inspiring.

But he was more than a novelist. Kerouac was a poet who explored many different styles, not merely haiku. And he explored Buddhism sincerely and respectfully, as did others among his Beat companions, particularly Gary Snyder, (best known for Cold Mountain; his translations of the Chinese poet, Han Shan’s Taoist poems); Snyder is remodelled as Japhet Ryder in Kerouac’s Dharma Bums). In this 1958 book, Kerouac wrote down conversations about haiku with Ryder (and about Blyth’s books; see below), which encouraged readers to learn more about the form.

I wrote about reading Kerouac’s book, Some of the Dharma, back in 2016. Although written in the mid-1950s, it wasn’t published until 1999. It has been described as, “…a key volume for understanding Kerouac and the spiritual underpinnings of his work.” It’s also a book that is more difficult to appreciate without at least a basic appreciation of Buddhist dogma and philosophy.

Unfortunately for his early readers, much of Kerouac’s poetry was not published in his lifetime. His first book of poems, Mexico City Blues (pub. 1959), showed some of his talents, and inspirations. Individual poems got into print, but Scattered Poems, the first collection, was published posthumously in 1971. Fortunately for us, most (if not all) of it has been published since.

The Book of Haikus is a remarkable showcase of his talents and a delightful book to simply pick up and read at random. I recommend it for both readers who enjoy poetry and who wish to see another side of Kerouac.

* Haiku evolved from an earlier Japanese poetic form called renga. The opening verse of a renga poem is called the hokku. These became stand-alone poems by the 16th century, but the term haiku was not introduced until the early 20th century. The first hokkus translated into English were done in 1877 and some of the earliest haiku were translated by Lafcadio Hearn in 1898. But the first English-language haiku was actually written by a Japanese poet, Yone Noguchi (1875-1947), in 1902. Ezra Pound’s first haiku (he called it “hokku-like”) was In a Station of the Metro, published in 1913:

An excellent history of and explanation about haiku, its structure and its emergence as a unique form in English can be found in the afterword of Haiku in English, cited above. Many of the notes and references here about English-language poets are from that afterword. I highly recommend this book, too,