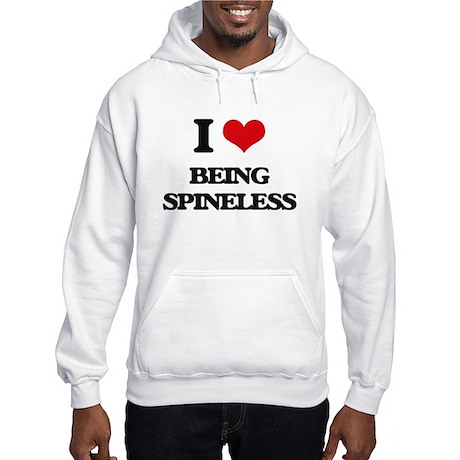 The Collingwood Airport Board wants to get its own legal opinion about the Clearview Aviation Business Park request for a non-binding letter of intent to negotiate access to the airport. Seems reasonable for the board charged with oversight of the airport to want to make sure that any decisions made best represent their mandate and the viability of the airport itself.

The Block and Collingwood’s administration are opposed to them getting one. Are they afraid of what that opinion would say? That it wouldn’t come from a lawyer already instructed as to what to say? That they couldn’t control the message as they have with Collus-PowerStream?

Or do they simply want – as all dictators do – to want to muzzle the opposition? As they did with Collus-PowerStream?

This cabal certainly appears eager to kill the economic growth at the airport – or at least threaten to do so in order to blackmail Clearview into buying the airport in order to save the jobs and tax revenue. Bully tactics.

For two years, against all common sense or concern for the greater good, Collingwood Council has obstinately done everything in its power to prevent a $300 million development – the largest rural Ontario has seen in many decades – from going forward.

All of their discussions about the airport and selling it have been done behind closed doors (despite the campaign promises made by Brian Saunderson and others to get public input on every major decision). It’s your airport, a public asset, and you have been shut out of not only hearing the discussions, but from having any say in its disposal.

A story in the Connection online this week tells reader just how intolerant this cabal is towards openness, and the lengths they will go to muzzle anyone who challenges their personal agendas. The town is stepping well outside its authority in its efforts to block the board.

Section 198 of the Municipal Act says:

Which was done: the town delegated that authority several years ago. And Section 202 notes that a joint service board – like we have – has special conditions:

So as I understand this legislation, the Airport Board is an MSB whose powers and authority were delegated to it by the Town of Collingwood (198). And Collingwood alone cannot decide what happens out there (202). And according to the Connection’s sidebar, the mandate of the board is:

The board shall have the authority and be responsible:
• To execute the day-to-day operation of the airport in accordance with the business plan and any other direction approved by council
• To ensure compliance with the requirements of the Federal Department of Transport as to the operation of airports
• To foster long term, development and financial viability of the airport
• Together with the municipality of Wasaga Beach and Clearview, to foster development of programs to support regional tourism, industrial and other economic benefits of the airport
• To seek our and promote opportunities for the mutual benefits to and cost sharing the municipalities of Clearview and Wasaga Beach
• To investigate and advise on alternative beneficial uses of the lands and facilities of the airport and
• To carry out such other duties as may be otherwise assigned to it by the council
Upon approval of the business plan as evidenced by resolution of council of Collingwood, the board will carry on its business and operations of the airport in accordance with the business plan
b) Not to enter into contractual undertakings for a period longer than the term of council, which appointed, or reappointed the members
c) Not to see or otherwise dispose of by conveyance, transfer, lease, sale or leaseback or other transaction, any of the real property or other assets of the Airport except in accordance with an approved business plan or specific resolution of Collingwood council
e) Not to make any decisions, which would materially affect the ability of the airport to continue as a viable operating regional airport.

In fact, it seems the board must  do its due diligence and get that opinion to fulfill its mandate otherwise it violates ‘e’ and several items, above. And yet, the Connection noted, the town clerk wrote to the board to slap their wrists for daring to actually undertake to fulfill their role:

Collingwood clerk Sara Almas wrote a letter to members for the airport board, saying the board doesn’t have the authority to spend money on a legal opinion.
“With respect to the Collingwood Regional Airport Joint Municipal Services Board’s mandate and authority, the Board is limited to funding that is approved in their budget by Collingwood Council,” she wrote. “The Board does not have the authority to execute an agreement for access. As such, any expenditure (even if approved by Council) must be within the scope of the Board’s mandate and should not be contrary to an already approved Council decision that’s within Council’s jurisdiction. An appropriate alternative for the Board could be a motion to “petition Council to reconsider their decision and obtain a second legal opinion regarding the access request”.

The clerk was just parroting what the interim CAO said at the airport board meeting:

According to the minutes, chief administrative officer John Brown told the board that the decision to ask for a second legal opinion wasn’t in its terms of reference.

But unless there are some secret clauses or contracts, there is NOTHING I can see in the Municipal Act nor the mandate to prevent the board from seeking a second legal opinion, nor in fact from actually entering into an agreement (the non-binding letter of intent) to open negotiations for access to the airport in the future. After all, Collingwood delegated the board that authority years ago and has allowed the board to operate without interference (or personal agendas) – it is hypocritical and unethical to claim now that it doesn’t have it.

Not that the Block are strangers to hypocrisy or unethical behaviour.

But this isn’t even about granting access – it’s about finding out if the board has any legal options. Surely that’s well within its scope.

Perhaps most disappointing for our neighbour-partner municipalities was Councillor Mike “Where’s My Spine?” Edwards’ decision to go against the board’s wishes for the second time, while continuing to suck up to The Block and its pet administration:

Board chairperson and Collingwood Coun. Mike Edwards voted against the second opinion, saying it wasn’t in the board’s mandate.
“The board doesn’t have the budget for legality,” he said. “The budget was long overspent with the wind turbines. I don’t feel it was the board’s mandate to basically go and ask for another legal opinion when one had already been paid by the town.”

Funny how his words parrot those of the interim CAO and clerk. I guess they coached him well. A bit further down in the story, Edwards is quoted again:

Edwards said a report from Malone Given Parsons on the business park states “the decision to permit direct airport access must be subject to the mutually acceptable resolution of the currently unresolved issues.

Those “unresolved issues” are all impediments THIS council and THIS administration have thrown in front of the development. Wasaga Beach and Clearview have none, and have both councils publicly discussed the request for the non-binding letter AND endorsed it. This fall, the Deputy Mayor of Clearview made an impassioned plea, here, in public for our council to agree to the letter of intent. And for that, The Block flipped him the bird.

The only real “unresolved issue” is how soon The Block can bully Clearview into buying the airport.