Marcus Tullius Cicero wrote those words in the short book about a Roman court case, Pro Lucio Murena (For Lucius Murena). They mean, in English, 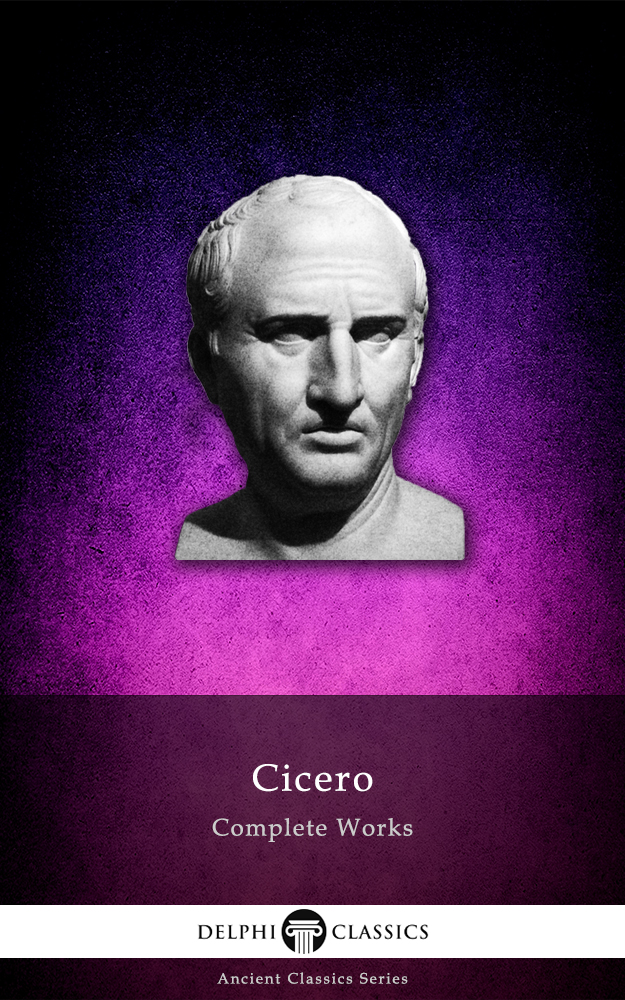 In 63 BCE, Cicero successfully defended Lucius Licinius Murena on the charge of bribery or in Latin, crimina ambitus as a means to garner votes. The wealthy Murena had won his election as consul and the charge was filed by the losing candidate, Servius Sulpicius (also a lawyer, who would be elected consul 11 years after this trial).

It’s a fascinating document that says much about Roman history, politics and law. And like everything Cicero wrote, it’s full of quotable bits.

I came to this from watching, of all things, some episodes of the TV series, Boston Legal. What I find intriguing about the show is the legal scenes; the courtroom arguments, the banter in front of the jury, the way the lawyers approach each issue, and how they make their defence. There are some tricky moral issues raised in those scenes that are deeper than the rest of the show, which is really a soap opera set in a lawyers’ office (albeit with some funny dialogue).

So, my head full of ideas, I turned to Cicero on my Kindle, and started reading online what others had to say about this particular piece.

Murena chose Crassus and Hortensius to defend him, adding Cicero as the third lawyer, who apparently also spoke last (the comments of the former two are not recorded). He was probably guilty, because bribery was common and widespread in Roman elections. His co-consul, Decimus Junius Silanus, was also likely also guilty, but he was not charged.

Ironically, Cicero had been campaigning against the practice of electoral bribery for most of the previous year, so his choice in the lineup had significance for the audience. The prosecutor, Cato, made note of this inconsistency in his opening speech, but Cicero sidestepped the accusation by stating the case was actually about election procedure.

Rather than deal with the charge itself, part of Cicero’s defence was essentially based on calling the accuser – Sulpicius – a sore loser who wouldn’t have won even without the bribery, and poking holes not in the charges but in the belief structure of the prosecution. Classic deflection and a potent ad hominem argument.

On the prosecution’s side was the formidable, conservative moralist, Marcus Porcius Cato, whose main thrust was that the jury needed to uphold traditional Roman values. Cato was also one of Cicero’s allies in the ongoing political battles of the time (the Cataline Conspiracy), so Cicero had to walk a fine line between his ally and his client. Cato would become infamous a few years later for demanding the death sentence of the Catalines and his intractable opposition to Julius Caesar.

Cicero took to lampooning Cato’s philosophy, rather than the prosecutor himself, puncturing Cato’s rigid morality with his barbs. But Cicero also aimed his comments not at Cato – whom he praises – but at Cato’s ancestor, the famous Cato the Elder for his adoption of the Stoic philosophy that he passed along to the younger Cato. In doing so, Cicero carefully cherry-picked some lines from Stoicism that, taken out of context, served to make it seem both ridiculous and arrogant.

Cicero congratulates the younger Cato on his adoption of the Stoic virtues of justice, temperance and courage – three of what we know today as the Cardinal Virtues. However, he leaves out the fourth: prudence, or wisdom, suggesting Cato has misunderstood the teachings and has taken a wrong turn in his understanding of them. Cato, he implies, is decent and upright, but confused.

Cato’s moral authority is successfully eroded (I can see James Spader playing Cicero in a TV adaptation of this event…).

And he’s playing to the prejudices of the jury – only wealthy Romans pursued Greek philosophy like Stoicism, but for the middle and lower classes, it was a sign of the one percent. Greek culture was too hoity-toity for the mass of Romans, seen as pretentious and elitist, like intellectualism, science and atheism are in today’s American debates for the presidential candidates. Like Donald Trump today, Cicero was playing to the lowest common denominator in the jury.

(Cicero had earlier shot a harpoon at Sulpicius for his offhand comments that suggested only that only the nobility deserved to be elected consuls, thus exacerbating an old political sore point among Roman plebs.)

Cato is framed as a good man who suffers from bad philosophy. It’s not Murena who is at fault, he implies, but Cato’s doctrine.

After a few jabs, Cicero made the point that regardless of Murena’s guilt or innocence, he was only pursuing what was a Roman tradition; doing what everyone else has always done. Sure, the law may say one thing, but everyone was doing another. How can you punish someone for following tradition?

Plus, he adds, in the dire conditions of the times, the commonwealth was at risk if he was convicted. Murena was a war hero and his leadership was needed at the helm. The Republic was at stake. So, he concludes, the jury should absolve him for the good of the Roman state. Which it did.

Thanks to the humour Cicero displayed, and his taut arguments, Murena was acquitted. Great rhetoric, and a powerful defence still highly readable today, but because it still smacks of hypocrisy, perhaps not one of Cicero’s finer moments in his legal career. Which is perhaps why, in later years, he didn’t include it in collections of his finer works. Thankfully, it has been preserved for us to read today.

~~~~~
* Also translated as, “Nothing is more unreliable than the populace, nothing more obscure than human intentions, nothing more deceptive than the whole electoral system.”