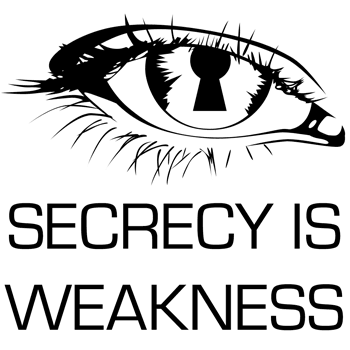 Last term, Collingwood Council went through a lengthy, open and public process to sell a portion of its electrical utility, Collus. That open process – with full discussion, community involvement, consultation and public input, and local media coverage – resulted in 50% of the utility being sold to PowerStream (an Ontario-based LDC owned by three municipalities, now merged with Alectra). The shared utility is now called Collus-PowerStream. It’s about to be sold to a private, for-profit corporation based in Alberta.

This term, our town has negotiated in secret to sell our public utility and everything has been done behind closed doors without ANY community input. Compare that to Wasaga Beach where this term’s council discussed the sale of their utility publicly many times, invited comments, conducted online and telephone surveys to get residents’ opinion, help public meetings, and in the end listened to public and chose not to sell.

Our current council has used an excessively secretive, deceptive process to avoid ALL public input so it can sell our remaining share in the utility to EPCOR. without ever once telling the public why it wanted to do so.

By comparing side by side the open process from last term and that used this term, you can see just how secretive this group has been. The closed process this term has led to several investigations, ruined reputations, bad faith, broken trust and open hostility this term (local media has not fully covered this story and the process). And make no mistake: this story is about the process, not about whether selling the utility is a good or bad decision.

But it’s not simply the sale: there has been considerable collateral damage this term, including the loss of several highly-respected and provincially decorated staff members, deteriorated staff morale,  and massive expenses incurred from council and administration interference. Not to mention we lost the golden opportunity to be part of and participate in the operation of Alectra, now Ontario’s second largest and most innovative electrical utility.

Because this is a long piece, I will publish it in two posts. Let’s start at the beginning with an overview. I’ll open in early 2011, in the middle of the previous term, and compare it to January, 2015, barely a month into the current term.

Background: For many decades, our electrical utility had a successful, cost-efficient shared services agreement with the town and with our water utility to provide such services as IT and computer maintenance, engineering, billing, GIS, customer service, phone, and so on, billed only when services were rendered. But The Block on our council bought into the fiction that this was a bad deal – a claim made without actual proof.

For the first two years of the term the administration promised it was crafting a new contract, but instead, with no warning or discussion, that contract was broken – at great expense to the taxpayer and much higher costs to follow – without any public discussion or input, much less an explanation why.

2011 was the year of a provincial election when all three parties were making promises to reduce the number of electrical distribution agencies (LDCs) in the province. Under the Ontario Electricity Act, the town would have been required to pay a transfer tax of 33% (see O. Reg 110/16) if it sold its ownership interest in Collus to another entity. However, to encourage consolidation of LDCs, the province introduced an exemption (tax holiday) from the transfer tax for sales of municipally-owned utilities to entities owned by municipalities or by the province (e.g. Hydro One).

That combination of political pressure and tax relief spurred the Collus utility board to look to the future of our own LDC and consider options – they chose to be proactive rather than wait for legislation that might force them to act (see my earlier post for more comments on this).

This negative report from early 2015 was clearly the start of a much longer, larger attack on our utilities and their staff, which has not let up in almost three years. It has been fuelled by a conspiracy theory of chemtrail-madness proportions that beggars any reasonable use of common sense, logic or even facts.

From the very start, this current council refused to discuss in public its reasons for anything, including wanting to sell the electrical utility, our airport, and our water utility; for illegally replacing members on both utility boards; or for blocking the hospital development. The utility debacle is only one of several such secret initiatives that have ravaged the town, its staff and its reputation. But as you’ll read below, everything done with regard to the share sale last term was done openly.

Remember the campaign promises from Brian Saunderson to stop sole sourcing? “No exceptions” he promised. And his promise to get public input on all major decisions? Well, those were both broken in the first month of his taking office. This council has given away more sole-source contracts this term than the last dozen councils combined.

You can see where this is going, but continue reading please.

You think this term has been bad? Wait. It gets worse.

It has been a highly secretive process this term. For the rest of the story, you’ll have to wait for part two. But I’m sure even a cursory glance gives you the gist of it: last term the process was open and public; this term has been secretive, deceptive and closed. The process highlights the credibility difference between the two councils; the trust the public can have in their government is built on the processes they choose. Collingwood deserves better than this.

* The strategic partnership option was preferred because, of these factors (as noted at the public meeting on Nov. 22, 2011):