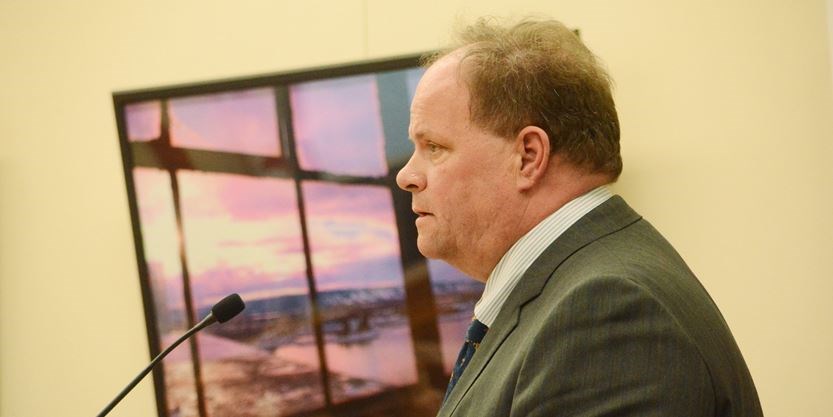 Collingwood hires lawyer for judicial inquiry. That’s the headline on a story in the Connection.

Do I understand this story correctly? The same sole-sourced lawyer who encouraged Brian Saunderson and his council puppets to launch a judicial inquiry that may cost taxpayers $6 million or more has been appointed to to be “legal counsel for the judicial inquiry”?*

Anyone remember this promise by Brian Saunderson to…

And yet there was no RFP for a position that could be paid hundreds of thousands of taxpayer dollars? Even though Brian PROMISED residents there would ALWAYS be an RFP for any contract over $25,000, there was no RFP. “No exceptions,” he promised.

Well, he forgot that promise about 15 seconds after he was elected. Every municipal contract seems to be an exception for Brian if it furthers his agenda.  Under Brian’s watchful eye, this council has handed out sole-sourced contracts like party favours, more than all the councils in the past 30 years combined.**

And he wants to be mayor?

And it is a coincidence that another lawyer benefits from a sole-sourced contract on the council that lawyer Brian dominates? Or that the decision came after another closed-door session, one of the too-many-to-count this secretive council has held this term? Those campaign promises of openness and transparency? More bullshit.

Why didn’t anyone at the table raise this dicey ethical issue about handing out another high-paying sole sourced contract? Why didn’t anyone ask why the lawyer who recommended an inquiry that will be a cash cow for lawyers should get the job? Oh, right:The Block. They have no ethical standards to live up to. And if Brian doesn’t tell them what to say, they don’t say anything.

Why didn’t anyone in the local media question whether a sole-sourced contract given to the same guy who recommended the costly waste of taxpayers’ money was an appropriate choice? Or whether doing it all in camera was really being open and transparent? But local media don’t ask, don’t investigate, just accept what’s spoon-fed them. Questioning is too much like work, I suppose.

Why hasn’t the CBC covered this story and asked those questions instead of regurgitating stuff from six or seven years ago? Why isn’t CBC asking why so many sole-sourced contracts come from town hall and who’s been recommending them? But perhaps that would upset Saunderson’s agenda and maybe make him uncomfortable. And  remember, their reporter denies he’s Brian’s friend.

* By the time Brian’s judicial inquiry is done, the money taxpayers will have wasted on it could likely buy another recreational facility building for town families to enjoy. Maybe an indoor field for year-round soccer, rugby, or tennis or lawn bowling. But it wouldn’t be Brian’s dream $35 million facility, and it would remain in public ownership, not given to the YMCA. Instead, he’d rather spend your money chasing his vendettas. After all, isn’t that why you elected him?

** My knowledge of local politics only goes back to 1990, but it includes a dozen years covering councils for local media and 11 years on council. I can only recall ONE sole-sourced contract in those 11 years, and none in the years before. But the number that this council has handed out in four years easily tops a dozen.