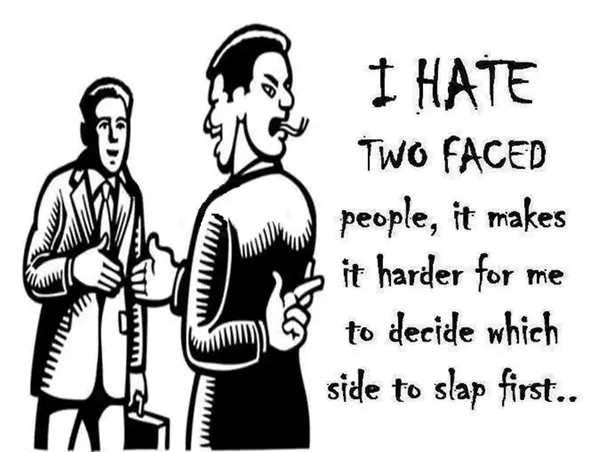 After four years of deception, secrecy, more closed-door meetings than the previous four councils combined, and avoiding public scrutiny at all costs, Brian Saunderson and his Block minions have suddenly decided that they want to be “accessible”. I know, I know: stop smirking.

On the threshold of a municipal election, desperate to sanitize their grubby reputation, they’ve called for live streaming of all meetings – years after moving many committee meetings out of town hall to deter that very public accessibility, and refusing to live stream as early as 2015.

Amazing how some politicians can do an about-face when an election looms and they realize they are despised by a large number of voters. Consistency was never their strong suit, of course. If it’s self-serving, they’ll do whatever it takes.

As a story in the Connection notes:

I know, I know: I too laughed aloud when trying to imagine Brian doing anything about governance instead of his own agenda. And as for pushing forward – after four years of secrecy and closed-door meetings, you haven’t exactly been pushing all that hard on anything to do with openness and accessibility. Yes, I know: the hypocrisy, it burns…

But let’s be clear: for all his huff-n-puff, this isn’t a town issue. The coverage is provided by Rogers TV, not by any town department or service. Even the newly created and very, very expensive IT department (operating at FOUR times the expense it cost the town last term with plans to hire more staff and spend several millions more…) doesn’t do it: Rogers does. Brian and his buddies just want to take credit for what Rogers has offered all these years.

Rogers complained when The Block first voted to move meetings away from town hall, in 2015, because Rogers doesn’t  have any recording equipment in that building. Which, of course, all of The Block knew when they moved meetings there to get away from the public eye. Meh, the Block waved them off.

And now they pretend they want to be open and accessible? Simply to fool the public. Brian and his puppets ask Rogers pretty please to provide more coverage but not, of course, take responsibility and apologize for the secrecy in the first place.

Ain’t hypocrisy grand? (Yeah, I know: where was the local media when this hypocrisy was spouted? Not wanting to embarrass their friends at the table, of course…)

Mr. Mumbles wasn’t concerned about openness, rather about sound quality:

Coun. Tim Fryer said an important part of this process is sound quality and would like to see all meetings held in the council chambers.

Gotta make sure those sound bites are clear, even when no one understands a word you’re saying! But wait a sec… didn’t council already move all standing committee meetings back to council chambers? So what meetings does Fryer mean? I have an image of him sitting upstairs in an empty room at the library, all alone, wondering where everyone else is…

No one is fooled, no one thinks The Block have suddenly discovered openness and accountability after four years of deception and secrecy. The only openness is the transparency of their flaccid attempt to get public approval and troll for votes is so evident you can only laugh at it. And at them – right out the front door.