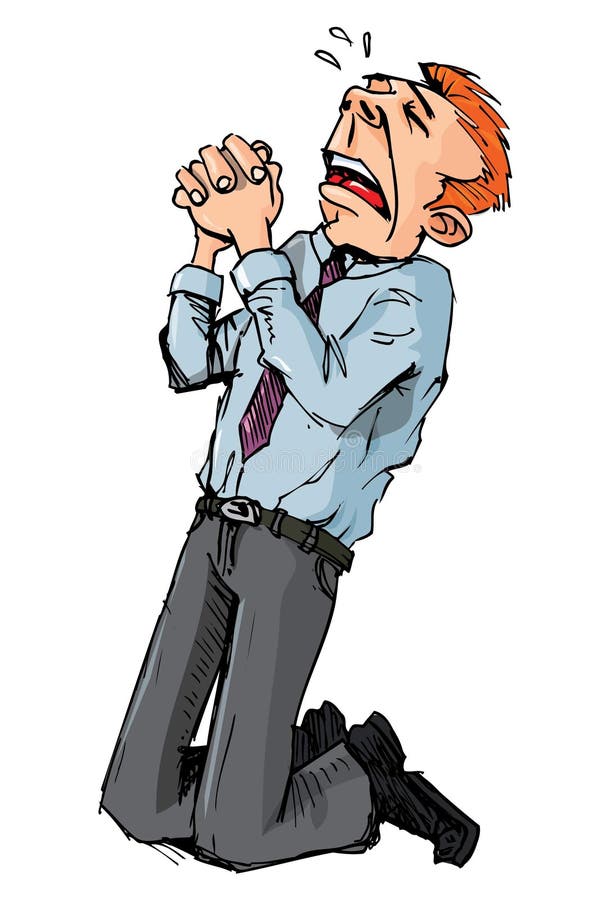 Desperation makes people do things that common sense would suggest won’t work. Monday we saw desperation replace both principle and shame when Saunderson made a motion to support the hospital at the end of the meeting. It was an abject, grovelling effort. Embarrassing to watch.*

Brian Saunderson is, of course, desperate. He faces not one but two credible candidates for the position of mayor, in a town where he and his five Block minions on council are widely despised as an unethical, spineless lot more concerned with their own entitlements than the community.

Their biggest challenge – Saunderson’s albatross – is their active role in opposing our Collingwood General & Marine Hospital’s plan for redevelopment on another site. Opposing the redevelopment has been a rock-solid pillar in Saunderson’s ideology for the past two years. And his puppy-like minions have eagerly tagged along.

But in light of his campaign challenges, Brian is both desperate and shameless. This Monday Brian tossed out a “Hail Mary” motion – along with his principles – to try and stop some of the bleeding. His motion pledged full support for the redevelopment and to send a letter to the Ministry taking back all the negative, nasty things they said and did about the hospital in the previous two years. And pay no attention to the man behind the curtain.

It won’t work. The public isn’t fooled. No one has forgotten Saunderson and his group’s numerous attacks on our hospital. The medical community knows all too well what Saunderson has done to their livelihoods and to local healthcare. This is just a last-minute effort to pull the wool over voters’ eyes.

For most of 2016 and 2017, Brian and his five puppets relentlessly and publicly attacked the hospital’s plans, threw up roadblocks and badgered the Ministry of Health with petty arguments against the redevelopment. The group openly refused to support our hospital even though all of our neighbouring communities did so much earlier, even though the entire medical community supported it. Nasty letters were sent to the Ministry of Health.

And it worked: the Ministry bypassed the CGMH when it handed out funding, delaying any chance of building a  much-needed new hospital for as much as ten more years.

The hospital’s former CAO told local media that the reason the hospital didn’t get the Ministry funding for the next step was because of this council’s opposition. Brian must have been proud of that: his efforts to sideline the hospital paid off.

The actions of Saunderson’s group cost the hospital $200,000 in legal and planner’s fees to defend their position. It cost taxpayers more than $50,000 to pay for those source-sourced outsiders. Council went behind closed doors four times to discuss its opposition to our hospital’s plans – even though the town has neither a mandate to debate healthcare nor authority over the hospital (and despite that this likely violates provisions for in camera meetings in the Municipal Act).

I documented all of these incidents and events, as well as Saunderson’s own comments, in many blog posts, including:

If you want to read the story about Brian’s opposition and disrespect towards our hospital, read his own words. They belie this week’s attempt to salvage his reputation. It’s all there.

Whereas the Collingwood General and Marine Hospital has received information from the Ministry providing additional comments regarding their redevelopment submission;
And Whereas Council is concerned this information may be of serious significance and impact on healthcare provision in the future;
Therefore be it resolved that Council herein request comments directly from the Ministry regarding the Hospital’s Phase 1A and 1B redevelopment submissions.

This is from  lawyer. Not a healthcare professional, not a planner. Why demand documents from the Ministry of Health that he and his Blockheads have little to no relationship with and are unlikely to read? Areas in which none of them have experience or education. Because it was another shot against the hospital.

The former interim CAO recommended the town engage an outside consultant – an associate of Saunderson’s, Don May – to make a public presentation after May made a similar presentation to the hospital board, chastising them for their redevelopment plans. Another stab at the hospital.

Saunderson has a history of opposing the hospital that can’t be erased by some abject motion to suddenly be all loving and supportive. Plead for your votes all he wants, it won’t work.

This town remembers what Saunderson and his minions – Fryer, Jeffrey, Madigan, Doherty and Ecclestone – did to the hospital. No matter how weepy he gets begging for your vote, this town knows they deliberately killed our hospital’s redevelopment. They knew what they were doing back then. They can’t spend two years pissing all over our hospital and expect to be forgiven for it on the eve of an election. We’re not fooled by this sudden change of face.

~~~~~
* It is no small irony that Saunderson scrambled to get his motion passed only AFTER I published my page on running for Deputy Mayor, and AFTER John Trude’s mayoralty campaign letter went out – both of which criticize Saunderson and his cabal for their two-year opposition to our hospital. He’s trying to undo the damage he’s done, but it’s a wasted effort. No one will forget his perfidy.