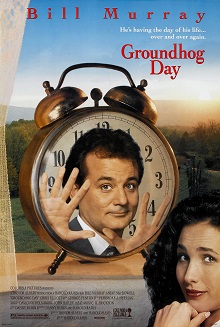 Mayor Brian Saunderon’s two petty, vindictive, and very personal motions are on the agenda for Monday, Jan. 24. You can read the agenda here, and read my comments on our mayor’s obsessive, Stalinist cancel-culture program here, and the background machinations that led to his motion here. This is nothing more than a personal vendetta using town funds and resources.

Saunderson’s first motion — to revoke an award given for former Collus-CEO Ed Houghton’s contributions to the community 24 years ago — starts on page 5 of the agenda and runs on and on and on and on and on like a two-year-old having a temper tantrum in a department store until a quarter of the way down page 7. It consumes 431 words in what must be one of the best examples of the worst writing to ever grace a municipal agenda. It is the dictionary definition of bloviation. Saunderson’s anger and pettiness drip from every whereas-opening paragraph.

Gawd, does he need an editor in the worst way. I could have simplified it to a much smaller motion like this:

WHEREAS I don’t like the guy and he hurt my feelings a decade ago;
NOW THEREFORE BE IT RESOLVED THAT Council revoke Mr. Houghton’s Order of Collingwood effective immediately.

Saunderson’s second motion spews another 322 words of bile, demanding council quit the municipality’s membership in a provincial, non-profit association that advocates for municipal water systems and appropriate legislation for them. Why? Simply because Houghton has worked for that organization since he retired from Collus-PowerStream. And, as we all know, our mayor hates Houghton so much he can’t bear the idea of him having even an arm’s length association with the town.

And not only quit the association, the mayor demands the town send a nasty letter about why Saunderson dislikes Houghton to the OMWA’s board and every OMWA member, just to rub salt on it. Yeah, that’s not how I would classify maturity.

Would it be worth it to point out that Saunderson is likely the brunt of embarrassing jokes in our province’s water business, and that may be why he wants out of a provincial water association? His lack of leadership, while ignoring a crucial pipeline contract until a year after it had expired led to council’s chicken-little-sky-is-falling over-reaction towards our own water system. As a result of the mayor’s failure to pay attention to critical issues or staff reports, we suddenly had a water “crisis” that required council to pass a job-revenue-and-growth-killing bylaw that made it even harder for workers during the pandemic, and will hurt the town for several more years, until a new plant is built. So maybe there’s a more personal reason Saunderson doesn’t want to be in an association dedicated to improving and advocating for efficient and safe water systems that could point to Saunderson’s failure as the textbook example of how not to handle such issues.

It’s over; he spent our $10 million to get his report, but he just can’t move on to other matters. It’s like that movie Groundhog Day at pretty much every meeting, with the mayor and most of council trapped in 2012.

This isn’t coming from some wingnut waving an anti-vaccination placard on a street corner or from some spotty incel teenager whining online about why he can’t get a date. This is the mayor of our community, the man elected to represent and lead the community, to oversee how the town meets our needs and lives up to its challenges. This is the mayor who, instead of turning his efforts to helping our town make it through an unprecedented pandemic that has shaken and hurt all of us, has obsessed over — and spent millions of our tax dollars on — petty revenge against a handful of people who thwarted his ambitions a decade ago by not giving the YMCA the $35 million handout Saunderson’s committee demanded.

Imagine if Saunderson had spent a mere one-tenth the amount he has wasted on his Vindictive Judicial Inquiry on helping local workers and businesses survive the lockdowns and layoffs during the pandemic. He’d be a hero. Instead, for $10 million we got a digital report about issues a decade or more old, that neither the public nor the county gives a damn about.

No, this is not how a mayor should behave. It is, however, the way a schoolyard bully behaves.

If you expected maturity, level-headedness, community-mindedness, leadership, or even maturity when you elected him, you must be sorely disappointed. He has displayed none of that. These motions are a testament to his immaturity and pettiness. This is his legacy. And Mr. Temper Tantrum hopes to win your vote to take him into Queen’s Park this year.**

But what’s also interesting on the agenda is what isn’t there. As I understand it, Houghton’s lawyer sent a letter to Saunderson this week, copied to the CAO and all members of council about these motions. That should make it a public document that appears on the consent agenda. But our mayor — who also controls what gets on the agenda — seems to have left it off. Possibly because it didn’t cast him in the glowing light he’s accustomed to being bathed in by his cabal of sycophants. He doesn’t take criticism well, our mayor.

It was a cease-and-desist letter that, as I understand, threatened legal action should Saunderson continue his defamation. And, I’m told, it was accompanied by a flurry of freedom-of-information (FOI) requests for Saunderson’s emails about Houghton and others. That will make interesting reading. And possibly spawn a few lawsuits.*

Once again, Mayor Brian Saunderson shows himself as a small-minded man with limited vision; a bully and a wannbe-tyrant who uses public funds and public resources to punish anyone who stood in his way, who cannot stop obsessing over his own hurt feelings.

Both Collingwood and Simcoe-Grey deserve better.

~~~~~
* I have seen a recent FOI request that seems to show our mayor used his town email and town resources to announce his candidacy for the party’s MPP nomination, then repeated with his appointment to that role (he couldn’t win it fairly or democratically). Plus it apparently shows him using his town email to order an outsider (a supporter) to post these announcements on a private website. I’ll write more about this abuse of power and position soon, and publish the evidence. And I’ll publish the Houghton FOI material if it is available, too.

** Lest anyone forget Saunderson’s role in blocking our hospital’s redevelopment while he served as deputy mayor, you should re-read this post. We need an MPP supportive of our community in Queen’s Park, not one who pushes his private agendas and acts against the community’s interests.