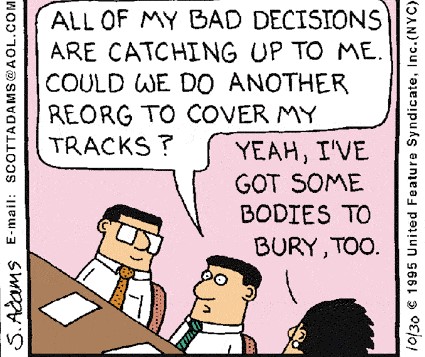 During the previous council’s four years (2014-18), I documented the aggressive efforts to stall the local hospital’s desperately-needed redevelopment by a group of those on council (aka The Block*). Every other municipality in the region enthusiastically supported the hospital’s plan; only this group on Collingwood council put up roadblocks. And they were significant roadblocks raised at great expense to the taxpayer.

Collingwood council SHOULD have taken the lead to promote their own hospital, but couldn’t get past their self-importance. As a result of the former council’s pettiness and negative interference, the hospital’s plans were set back as much as a decade, perhaps even more. Voters here should not forget that. **

Brian Saunderson, one of those who erected the roadblocks, is now running for the nomination for the local Progressive Conservative party to be our next MPP while stubbornly remaining as mayor; a situation rife with potential for conflicts of interest and accusations of influence-peddling. Yet he refuses to do the honorable, ethical thing and resign from office while he campaigns. That speaks volumes to his character. (in 2011, Mississauga council passed a motion asking both provincial and federal governments to require municipal councillors to resign their seat before running for higher office.)

I thought it might be a good time to remind readers about that earlier story and his part in it. On the next page is a list of all the stories I published here about the hospital issue, The Block’s objections and stalling tactics, their fight against the hospital’s plans, their closed-door meetings, and the final vote-grabbing turnaround they made as the next municipal election approached.

~~~~~
* So-called for them voting en masse according to what their leader did or said, rather than what was best for the community. More properly they should have been nicknamed “The Politburo” — it better exemplifies their unrelenting, ideological loyalty to their local vozhd rather than to the community that elected them, but perhaps that term might have been misconstrued or misunderstood. This group includes councillors Jeffrey, Madigan, and Doherty, all of whom were returned to the table in the 2018 election, along with our current mayor (then deputy-mayor), Brian Saunderson.

The redevelopment appears to have been stalled, like so many other projects, by the pandemic: the last item of news on the hospital’s website is dated Feb. 4, 2020, almost a year ago. In that new release, it notes, “The hospital is currently waiting for approval of our Stage 1 submission to proceed to Stage 2. We remain optimistic and are appreciative of the process to date.”

Stage 2 requires the hospital to further expand on the Stage 1 master plan, adding more details about the new building and all the services to be delivered there. After that approval, there are still three more stages to pass through before construction can begin. Each stage must receive provincial approval; a lengthy and exhausting bureaucratic process

A story in Collingwood Today from Dec. 29, 2020, is titled, “2020 in review: new Collingwood hospital application still stuck in first phase.” I suggest that the hospital would have had several years to develop and implement their fundraising campaign and get provincial approval had not Saunderson and The Block objected so much and so often to the hospital’s plans.

It is now five years since those plans were first presented and they are still not approved. Even if approved this spring, it will take at least five, and likely eight or more, years to get the money raised and the proposed new hospital built.  That means a decade or more will have passed since the first proposal. In Jan. 2020, it was also noted the new hospital was at least eight years away. I lay the blame for the delay on the shoulders of those on Collingwood council who opposed it and put up so many roadblocks. Our community’s health and wellbeing have been put at risk by the selfish, petty efforts of a small group.