I came across a fascinating poem, translated into English as “Slowly Dies.” There are numerous translations online, many by amateurs, but some very well crafted. It goes something like this (a portion from one translation):

It’s a powerful, moving piece. However, the poem is not by Neruda, as is commonly and frequently claimed on the many sites where the poem appears. I became suspicious when I couldn’t find it in any of my collections of Neruda’s works (printed books). A little deeper surfing turned up that uncomfortable fact: it has nothing to do with Neruda.

In the past, I wrote about how quotations and poems have been mis-associated by people online who either were misinformed or were too lazy to actually look them up and confirm the source. Here’s my original piece on a mistaken Shakespearean quote and another post on a bad Thoreau quote. Sadly, these mistakes take on the patina of credibility. 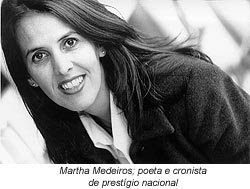 This is now the Medeiros meme. A meme is, as you know, the self-propagating cultural equivalent of a virus, but rather than spreading its DNA, a meme spreads ideas, cultural practices, thoughts, symbols, ideals, aesthetics and icons of popular imagination. Like a virus, it can be good or bad. In this case, it’s bad because it’s wrong and contributes to our collective stupidity. It gives credit to the late Chilean poet, Pablo Neruda but it really belongs to the talented Brazilian, Martha Medeiros.

Poetry isn’t the big part of our cultural life that it was a couple of generations ago. How many people actually call themselves poets today? How many books of new poetry are published by mainstream publishers these days? Few, I think.

In the mid-1970s, I had the honour of working as a sales rep for Canadian publisher, McLelland & Stewart, in the heyday of Canadian poetry, when poets like Leonard Cohen, Margaret Atwood, Earle Birney, Irving Layton, Al Purdy, Susan Musgrave and others were still publishing and, more important, being read and bought. In fact, books of poetry were even bestsellers then – Rod McKuen’s books sold millions in the late 60s and early 70s (personally I thought his writing was thin and shallow, but apparently I was in the minority).

Did you know that a unique form of poetry – the viator poem – was actually invented in Canada, by poet Robert Skelton? Just one of those bits of trivia to amaze and amuse your friends. We have a quite a rich tradition of poetry in this country, although you’d be hard pressed to tell by browsing through most of the bigger bookstores. You’ll usually find the few shelves of poetry hidden somewhere near a back wall, sandwiched between teen-read vampire trash and comic books (oh, excuse me: graphic novels).

When did poetry slip from its height and become a fringe art instead of a mainstream one? There are poets and poetry sites online, and I’ve seen a minor revival of some forms like haiku (and some entertaining Twitter-based forms). But I’d suggest there are more sites dedicated to World of Warcraft or Call of Duty games than to poetry. There are certainly more sites dedicated to astrology, UFOs, angels and other claptrap than to poetry. That deserves a sprightly limerick in itself.

I’ve always enjoyed reading poetry. Among my books, I have a battered, well-read paperback collection of poems by Wallace Stevens I picked up in 1972. I also have books of poems by Li Po, Gary Snider, Leonard Cohen, Ezra Pound, T. S. Eliot, e.e. cummings, Allen Ginsburg, Baudelaire and other poets> Most I bought in the late 60s and early 70s, but a few in the 80s. I still like to pick up a collection and spend an hour or two in an easy chair reading poetry, savouring the words, the construction, the imagery. Poetry has the power to move me; like music, but in different ways.

As one of the various translations of this poem goes,

to which I would add, “he who doesn’t read poetry…” In poetry there is magic, wonder, and imagination to be found it its swirling depths. But poetry itself is not the point of Medeiros’ poem: the point is rather that life is painted on a large canvas, something to be lived, not merely observed, not ignored or controlled by habit.

Let’s avoid death by small doses,
remembering always that being alive
requires a much larger effort
than the simple act of breathing.