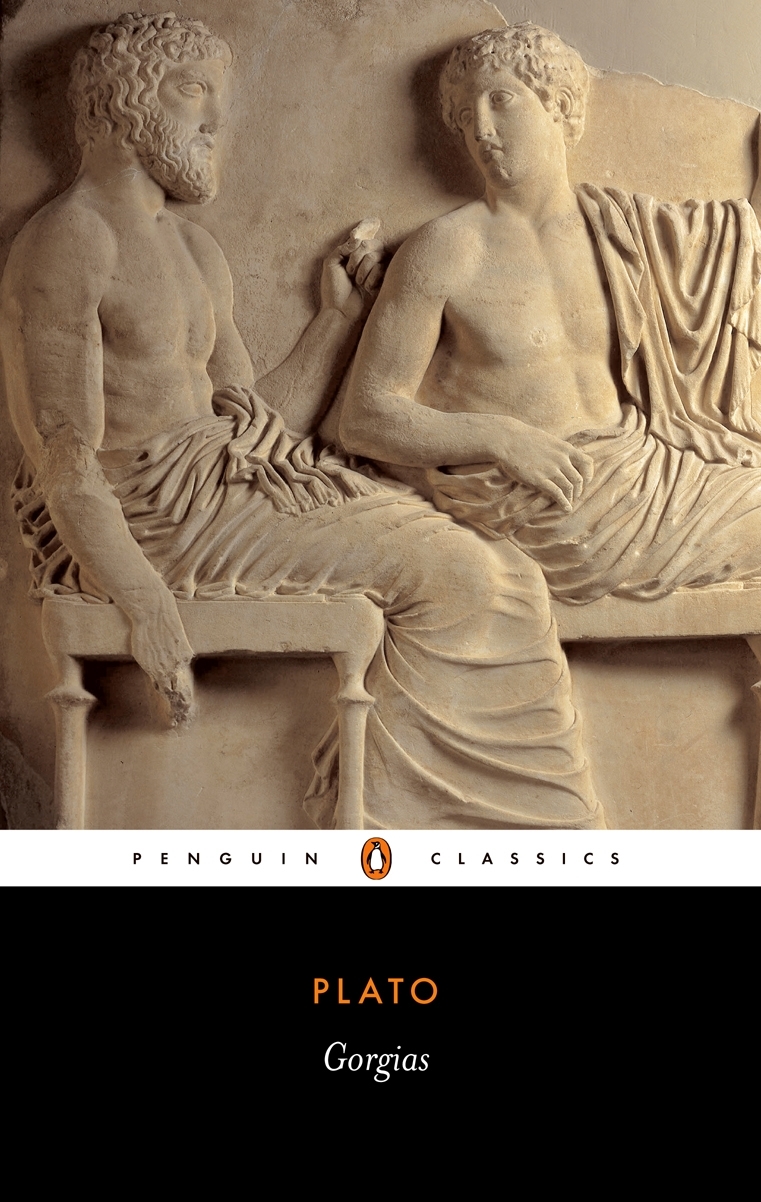 In Plato’s dialogue Gorgias, Socrates debates with three sophists — Gorgias the rhetorician and his pupils Polus, and Callicles — about justice, power, morality, and virtue. Socrates also questions the value of oratory and rhetoric — the crafts of the sophists — in contemporary politics and whether they do good for the people. Spoiler alert: he’s not convinced they are for the good.

I realize that readers may not be in the habit of reading Plato, or might not see his relevance in today’s municipal politics, but I think you will soon see it in Gorgias, especially if you consider that lawyers and politicians are today’s orators and rhetoricians. Gorgias was a sophist who loved power, practiced his art to persuade others regardless of truth or justice, and was not concerned with the greater good. If that sounds like our mayor to you, then read on.

In Horan’s translation (line 452), Gorgias himself defines his art as “the ability to persuade by means of words: to persuade jurors in a law court, councillors in the Council, assemblymen in the Assembly or anyone else at a gathering convened for political purposes. In fact in virtue of this power, the physician will be your slave, and the trainer will be your slave, and this businessman will turn out to be making money for someone else and not for himself; for you, actually, the man with the power to speak and persuade crowds of people.”*

…the essence of a successful public leader or statesman is not so much knowing what is to be done as the ability to persuade people to do it. You can tell a first-class orator by his gift of getting people to do something even if it is manifestly unjust.

And that is what Saunderson has done: convinced many people to support and promote his private agenda, without regard for whether it is the best thing for Collingwood, whether it is fair or just, or the best use of more than $10 million of our tax dollars. Persuasion without morality is the sophist’s tool.

Although there are many threads throughout the dialogue, the conversations between Socrates and the individuals each have their own focus: with Gorgias he argues that oratory is really just flattery without morality; with Polus about justice and personal responsibility; with Callicles the nature of power and statesmanship.

Polus argues unsuccessfully and ends up agreeing with Socrates that it is better to suffer an injustice than inflict it, a proposition our self-aggrandizing, obsessed mayor would never agree with. After all, he continues to plumb Stalinist doctrine to find ways to inflict injustice on people who opposed his plans a decade ago. Manifestly unjust? Yes, but do you think that matters to him?

Callicles equates virtue with happiness, and then says happiness comes from exercising your willpower regardless of whether the act is just or unjust. Basically, he’s stating what Nietzsche would write a couple of millennia later, about power without morality.** Saunderson must therefore be deliriously happy in that he exercises his will as he sees fit, with no one on council having enough backbone to oppose his injustices. But virtue? Sadly lacking.***

Gorgias isn’t the only dialogue in which Socrates debates about justice, power, and morality, of course. In The Republic, Thrasymachus argues that “justice is nothing but the interest of the stronger,” (also translated as “the advantage of the stronger”) with which I suspect our mayor would also agree.

On the other hand, Cephalus says that justice is “simply living up to legal obligations and being honest with them.” Ah, but our mayor can’t even meet his obligations to his office: he announced his plans to quit before the end of term to take a better-paying job in Queen’s Park, albeit while continuing to take the taxpayers’ paycheque. Is that ethical? Honest?

(NB. And Saunderson couldn’t even win his nomination; when it looked like contender Stella Ambler would handily win the riding, the premier intervened to undemocratically appoint Saunderson as the candidate. So this the sort of candidate our premier thinks should sit in the Legislature? My, how the standards must have fallen among MPPs for that to happen!)

In Book IX of The Republic Socrates’ rebuttal to Thrasymachus is that a person should be just even if it did not benefit them at the time. Justice should benefit, not harm, and serve the interest of all. No, I cannot imagine our mayor believing that, either. I suspect he would side with Thrasymachus, the rich sophist who argued that good was what came from having an advantage over others and justice meant furthering your own interest. Sound familiar?

Of course, our mayor can’t be unjust without his lickspittle supporters at the table. Not one of our councillors had the spine to stand up to Saunderson when he announced his planned retribution against an individual to ask if it was just, or if it was moral or ethical to use town resources to exact revenge for a decade-old slight. Making someone the scapegoat for your thwarted ambition (especially someone who cannot respond to your insults and belittling) is the act of a bully. But that was okay for our councillors who hypocritically raised an anti-bullying flag in front of town hall last year. Oh, the irony.

(Consider, too, that after Saunderson leaves them in the lurch, the rest of council will be left to contend with plummeting public opinion over their support for his petty vindictiveness, which will be publicly and frequently recalled should they run again for office).

Of course, it helps our mayor’s cause that his council sycophants are not our best and brightest, and are easily gulled by appeals to their vanity and egos. In The Republic, Plato warns that tyrants appeal to the lowest form of citizens, not the highest.

Socrates famously quipped at his trial that “The unexamined life is not worth living.” He also labelled spineless politicians “stingless drones.” Our stingless councillors don’t seem to have examined their own actions in empowering Saunderson’s ambitions, nor the consequences to the community.

* Jowett’s version: “What is there greater than the word which persuades the judges in the courts, or the senators in the council, or the citizens in the assembly, or at any other political meeting?—if you have the power of uttering this word, you will have the physician your slave, and the trainer your slave, and the money-maker of whom you talk will be found to gather treasures, not for himself, but for you who are able to speak and to persuade the multitude.”

I also have the Donald Zeyl translation (Hackett, 1987), which has it:

I’m referring to the ability to persuade by speeches judges in a law court, councillors in a council meeting, and assemblymen in an assembly or in any other political gathering that might take place. In point of fact, with this ability you’ll have the doctor for your slave, and the physical trainer, too. As for this financial expert of yours, he’ll turn out to be making more money for somebody else instead of himself; for you, in fact, if you’ve got the ability to speak and to persuade the crowds.

** For example, in Nietzche’s Daybreak: Thoughts on the Prejudices of Morality (aka The Dawn, and The Dawn of Day), he wrote what might equally describe Donald Trump, but fits our mayor as well:

When some men fail to accomplish what they desire to do they exclaim angrily, “May the whole world perish!” This repulsive emotion is the pinnacle of envy, whose implication is “If I cannot have something, no one can have anything, no one is to be anything!

*** Keep in mind our mayor’s many apparent conflicts of interest this and last term, which he continues to ignore despite the recommendations in the SVJI to avoid them. Nor has he disclosed to the public why he is being sued by a local business.