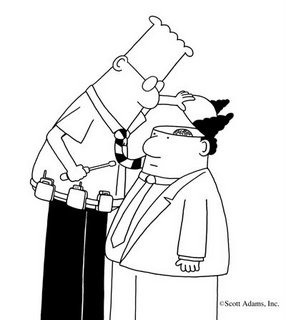 Don’t people who hate Collingwood’s Elvis Festival ever get tired of whining and bitching about it? I guess not. There’s another whining letter about it in this week’s Connection. More than twenty years the festival has been running successfully and they still haven’t figured it out yet.

Just because you don’t like the event, doesn’t mean others don’t. In fact, tens of thousands of people really enjoy it and come from all over the province, from nearby US states and even from overseas to attend it. We cannot all like the same things and we certainly cannot all like what little lightens your narrow little world. Let others enjoy themselves even if you don’t.

Just because you can’t see the great economic value of the event doesn’t mean others don’t. The restaurants and hotels are full, so are a lot of shops. Open your eyes: this event brings in money for the town’s businesses. No, it doesn’t benefit everyone: no event on the planet will do that. But it benefits a great number of local businesses who employ people. Let them enjoy the trade and the customers even if you don’t.

Just because you don’t want to make the effort to see what it’s all about, to enjoy a day downtown with the crowd doesn’t mean it should stop. Sit at home in your darkened room if you must. Wiser, less curmudgeonly folk accept that for three or four days a lot of other folk are going to have fun here, so they join them. or not: but stop bitching about those who do.

The recent letter moans about openness and transparency. What a load of dingo’s kidneys. It’s simply an excuse to throw mud. Well, you can’t even fully blame our council for this, lame as it is.

Several councils ago (pre-2003, I believe), the council of the day decided to peel the Elvis Festival away from the town and make it into a Municipal Service Board. An MSB is a legal, arm’s-length entity that operates independently of council. Our airport board is an MSB. We have had others (we had one for water and shared services with Town of the Blue Mountains).

So any contract Elvis Presley Enterprises (EPE) had prior to 2015, was with the MSB, NOT the town. An MSB has the legal right to make this sort of deal. But if I recall correctly, the contract for licensing was multi-year, and was signed last term, long before this council took office. I believe the licensing contact for 2015 had already been signed by 2014.

But even if not, so what? What difference does it make? Do you read every contract the town makes with construction companies for road repair? For its vehicle purchases? For winter salt? Or with the OPP? The leases the town has at the airport? Do you read the contracts the BIA has for the farmers’ market? Did you read the contracts for the purchase of land on High Street? Of course not. You haven’t even seen them. They are written and approved by our lawyers and negotiated by staff. Have some faith that they can do their jobs.

Last term was the first time a council representative was appointed to the Elvis Festival MSB (me). That way I was able to report back to council on the inner workings and processes. And last council dissolved the MSB and folded the Festival back under the town’s management. So future contracts will be with the town and more accessible to public scrutiny.

As secretive and inept as this council is, it had nothing to do with a previous contract. And since none of council can be bothered sit in on discussions (none of them even cared enough to sit on the BIA board of management where Elvis is often discussed), they wouldn’t know what’s happening now (frankly they don’t know what’s happening in a lot of the town…).

Well, you can blame council for not being collectively bright enough to ask questions about it at the table, to look into town events and to investigate how it works. We did last term, but this lot is too busy fiddling with irrelevancies and giving each other money to watch over town affairs.

But the Connection got the fees – a mere $8,500 out of a budget around $500,000 – eventually. And what difference does it make? Will knowing them make haters start loving the festival? Or start attending it? I didn’t think so. Elvis haters wanted an excuse to whine and bitch. As if they needed another.

Here’s my suggestion for you if you want the Elvis festival to end: YOU organize another one to replace it. YOU start something that will bring in that many visitors, and fill the restaurants, bars and hotels for several days, and gets widespread publicity for the town. YOU contact the artists, craft and negotiate the contracts, hire the guards and paramedics, YOU get the volunteers. YOU get the sponsors, YOU work many, many hours pulling it together like our staff do. YOU organize the food and drink vendors, YOU negotiate with the downtown, the police and the fire service.

PS. Yes, the town SHOULD put money into the festival. It’s a small investment for a great return.  Elvis matters to Collingwood. A single page ad in the Toronto Star costs more than $100,000. We can’t buy the amount of publicity and attention AND VISITORS we get from the festival for what we put into it. If you’re talking about ROI, then we get it tenfold.

If you can’t see the economic value of festivals and events, you really need to educate yourself on why Elvis matters to Collingwood before you complain. It’s NOT just about what you like. It’s about what benefits the greater community. And as for the notion that the town is a business: it isn’t. It’s a government. The notion that governments have to run like a business is one of those wonky MBA-hatched notions and it simply doesn’t and can’t work that way.